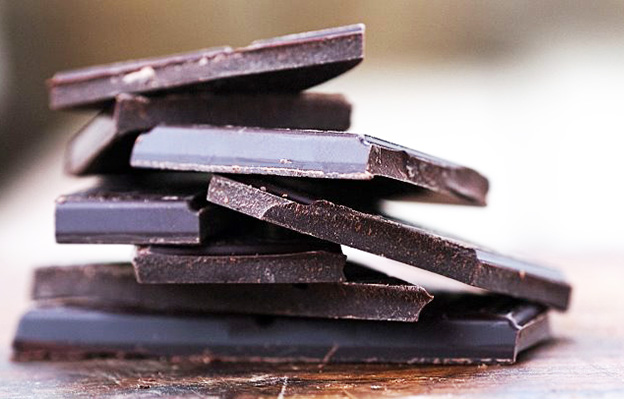 Your Very First Visit to the Gynecologist

12 Tips on How to Be Mindful Everyday

9 Tips on Introducing More Vegetables in Your Diet

For those who have blood sugar problems, you’re probably aware of the numerous do’s and don’ts already such as limit your intake of starchy foods, skip the breads, and even avoiding anything that contains sugar in it. It’s tiresome, true, but these rules are for your own good. Well, if there are foods that you need to avoid, there are some that are going to be essential in regulating your blood sugar levels. Here are some that you should take note of.

Surprise! Surprise! Eating chocolate can actually be good for you, that is, dark chocolate rather than the milk chocolate ones that you love so much. You see, this particular chocolate helps boost your insulin sensitivity. When this happens, your body is going to be able to move all the sugar out of your blood cells so you will have more energy throughout the day.

It appears that apple cider vinegar can help minimize glucose uptake in the bloodstream for about 34%. Scientists have seen some significant improvements in terms of insulin sensitivity especially when eating a meal that is high in carbs. This also helps reduce any insulin or glucose spikes.

What else can you use to help control your blood sugar levels? Drinking green tea may help as this beverage is rich in antioxidants as well as powerful compounds which makes it a good addition to your Type 2 Diabetes. The polyphenols that are present in green tea has been found to be beneficial throughout the body, including your glucose metabolism.

Another useful food for your diabetes problem is cinnamon. What’s great about this spice is that there are compounds in it that can obstruct digestive enzymes which can slow down the absorption of glucose. One study shows that taking cinnamon can help improve your insulin sensitivity at least twenty times. This is worth considering if you are looking for a way to keep your blood sugar levels balanced. You can add some to your coffee if you like or even in your cooking to get its nutritional benefits.

Have you ever heard of the yacon syrup? This particular syrup comes from the Yacon plant in South America and is becoming a favorite in many health circles because of its nutritional benefits. Also referred to as the diet potato, yacon is somewhat similar to sweet potato. You can use it for weight loss or for keeping your blood sugar levels balanced.

Drinking coffee may be the first thing that you want to do in the morning but when it comes to those who have Type 2 diabetes, green coffee might be better for you. Green coffee is often used to refer to unroasted coffee beans which typically contains chlorogenic acid that is the source of numerous health benefits. There are studies that show that green coffee can reduce glucose absorption in your bloodstream which helps lower your blood sugar levels as well as spikes in your insulin levels.

There are several clinical trials linking almonds to restoring your low magnesium levels to the point that your insulin response becomes better while lowering your blood sugar levels. As a matter of fact, almonds are actually one of the best sources of magnesium.

Also Read   Get Clear Skin with This Routine

Managing your Type 2 diabetes can be difficult at first, but once you get used to the rules and routine, especially when it comes to the food that you are eating, it will be easier to keep your blood sugar levels at the right level.

Tips to Being More Graceful and Elegant

Tips on Making the Lips Red