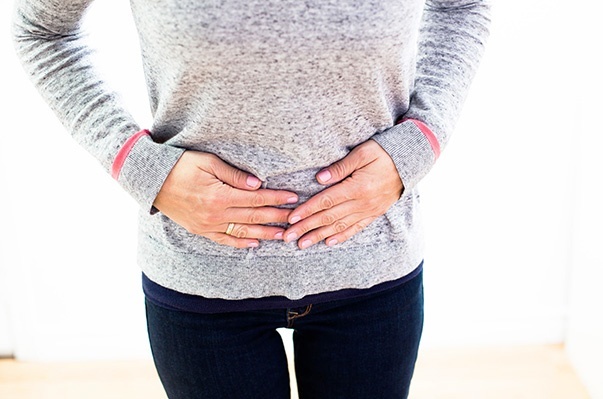 Does it seem like you encounter all sorts of digestive issues each time you are feeling stressed or nervous? Then you may have what’s referred to as a nervous stomach. This article will get you introduced to its causes, symptoms and remedies.

Make sure that you share this article on your various social media sites later on — some of your family members and friends may have a nervous stomach, too.

Just like what the name suggests, a nervous stomach is something that is triggered when you are feeling nervous or anxious. It’s also likely to strike each time you are stressed out.

Doctors say that it can be blamed on the so-called fight-or-flight response of the body, which is something that happens whenever the levels of stress hormones in your bloodstream increase.

During the fight-or-flight response, much of your blood is diverted to your heart, lungs and muscles as your body is being prepared to spring into action — either engaging in a brawl or fleeing the scene.

As a result of such, the digestive system is somewhat deprived of blood and oxygen. This is what can cause a nervous stomach to come into being, leaving you experiencing all kinds of unfavorable symptoms.

Needless to say, anything that can cause your body’s fight-or-flight response to get activated can cause a nervous stomach, such as when you’re having anxious thoughts or feeling stressed.

The problem with a nervous stomach is it can mimic some of the symptoms of a wide variety of digestive conditions such as crohn’s disease, gastroenteritis, ulcerative colitis and irritable bowel syndrome or IBS.

Also Read   What are the Symptoms of Vitamin B12 Deficiency?

While having a bout of a nervous stomach, you may describe the sensation as having butterflies in your stomach — that fluttery feeling in your belly due to a reduction of blood circulation to the stomach.

It’s not unlikely for you to also feel sick to your stomach, thus having this urge to vomit. You may also have the feeling that you need to rush to the bathroom due to diarrhea.

Excess gas, bloating, abdominal pain and cramping — these symptoms of a nervous stomach are the ones that may cause one to assume that he or she is suffering from IBS, a digestive condition affecting the large intestine.

However, in order for an individual to be diagnosed with IBS the various symptoms associated with it should be experienced for at least 3 months, and also they should improve with a few dietary and lifestyle changes.

By the way, children may also experience a nervous stomach. However, health authorities say that they may describe the symptoms differently from those that are typically experienced by adults.

In order to deal with a nervous stomach, it’s important to focus on the root cause — stress or anxiety. Once the triggering factors are identified, it can be easier to keep a nervous stomach from striking.

Needless to say, it is a good idea for the person to engage in activities that can help reduce his or her levels of stress or anxiety. Some examples include meditating, doing yoga, taking a whiff of essential oils and listening to music.

Some people may have a hard time managing stress and anxiety on their own. If such is the case, it is recommended for them to seek the help a counselor or therapist.

Also Read   A New Twist on the French Twist up Dos

There are also natural remedies available for dealing with the symptoms of a nervous stomach. One good example is a cup of ginger tea that’s superb for managing an assortment of digestive issues.

Certain foods are known to exacerbate the symptoms of a nervous stomach. Some of them include black tea, green tea, coffee and soda. Needless to say, steering clear of them can help keep the symptoms to a minimum.

Sourcerd.com
Previous articleHave You Heard About the Dirty Keto Diet?
Next articleWhat is Skin Icing and Its Benefits

7 Commandments for Skin Care in Your 30s

Warning Signs Your Diet Is Bad For You

What Hair Brush Should You Use?