The Truth About Fluoridated Antibiotics 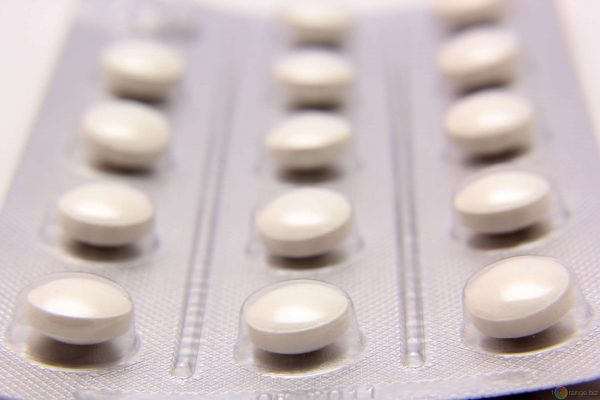 Snacks in a Jar Recipes to Prep Early

Along with the many diseases that are spreading is also the rise of the many drugs available in the market. Trusting that our doctors know what’s best for us, we tend to take drugs and medications with less and less caution. However, there are some drugs that should be taken with a little more caution or even be avoided altogether unless it’s a life-and-death situation. One of the most dangerous drugs found in the market today isan antibiotics called fluoroquinolones. Unfortunately, it’s also been discovered that fluoroquinolones are the most prescribed class of antibiotics in the United States. In fact, in 2010, the top two drugs sold by Bayer are both fluoroquinolones namely Cipro and Avalox, amounting to$1billion in sales.

The sales that these drugs bring into the pharmaceutical companies alone is staggering, but what’s more alarming is the skyrocketing sales of these drugs despite the serious potential health risks that go along with taking fluoroquinolones. The injuries may not just be serious. In other occasions, they can also be permanent. Worst, it can even lead to deaths. These are risks that you wouldn’t dare call normal.

Another shocking discovery is that most of the victims said that despite the doctor’s prescription, they were not informed about the negative side effects of these antibiotics. It’s also been discovered that fluoroquinolones are among the first line of treatment prescribed by doctors even for mild infections.

Since we, as patients, are not being warned properly, let’s take educating ourselves into our own hands. If you are suffering from any kind of infections and your doctor easily prescribes fluoroquinolones, better ask for safer alternatives. Learn why you need to avoid fluoroquinolones now.

Also Read   The Six Easy Ways for an Allergy-Proof Home

Why Are Fluoroquinolones Dangerous?

When we, non-experts, hear the word “fluoride”, we wouldn’t normally associate itto something dangerous. However, this is what actually makes fluoroquinolones harmful. Fluoride is the primary content of fluoroquinolones, and what we actually don’t know is that itis a known neurotoxin. Drugs with an attached fluoride molecule have the capability to drill through very sensitive issues particularly the brain.

Fluoride can penetrate and get past the blood-brain barrier, making it a deadly neurotoxin. It also messes up collagen synthesis, and as a result, disrupting the immune system by reduction of stored energy and prohibition of the formation of antibodies in the blood.

Not long ago, Bitter Pill exposed three victims of fluoroquinolones and how they have suffered due to the long-term effects of the drugs. One of the victims, raging with anger, said that the makers of this drug are not innocent. He said they knew of its dangers and chose not to warn the public about it. Dr. Terrence Young, MD supported this claim. In 2000, he lost his 15-year old daughter to a lethal drug effect, and he’s invested a lot of his energies to studying the drug and its effects since then. He said that even doctors are unaware of the corrupted practices of the pharmaceutical companies, hiding the grim truths behind their powerful marketing strategies.

What Are The Side Effects of Fluoroquinolones?

In 2015, the US Food and Drug Administration (FDA) warned the public about the use offluoroquinolone antibiotics, whether through mouth or injection. They exposed the risk ofpermanent peripheral neuropathy, which is a serious nerve damage in the arms and legs. Symptoms of peripheral neuropathy include pain, burning, tingling, weakness, numbness, or a weird sensation to light touch, pain, and temperature.

This is not necessarily something newto the medical world. In 2001, Dr. Jay Cohen documented fluoroquinolone-related reactions and presented the following symptoms found among patients:

Dr. Cohen wrote to a Congressman, saying that the victims are usually healthy, active, and young. They were living normal lives before they suffered from the symptoms stated above. They took fluoroquinolones to cure minor infections such as sinusitis and mild urinary infections, as prescribed by their doctors. Most of them reported observing quick reactions, some even after just a few doses of the antibiotics. These reactions are not mild, but they are serious, severe, frightening, and usually disabling.

Much to the dismay of the well-informed, the FDA only took action almost 7 years later, in 2008. However, the step that they took was still insufficient and misleading. They only added a black box warning about severe tendon injury. This did not, in any way, present the serious effects of exposure to the drug. They waited another 5 years before disclosing the effect of permanent neuropathy.

Should You Avoid the Use of Fluoroquinolones Altogether?

Aside from the enumerated symptoms above, there are also reports of blindness due to retinal detachment, acute kidney failure, brain fog, depression, and seizures. These are not what you would exactly call “minor”.

Also Read   How to Get Lovely Smooth Hands

According to the pharmaceutical companies, their clinical trials showed that less than one percent reacted adversely from the drug. More and more experts and patients contradict this data. Majority of the patients experienced the negative side effects of the drug exposure.

Bitter Pill exposed 100 fluoroquinolones-related deaths in Canada alone since 1985. A more alarming data obtained from the US FDA exposed more than 50,000 reports of serious side effects as well as 3,000 deaths. It is believed that the actual number is far from this. There have been many cases that were not reported. Previous research states that the recorded number is just about one percent of the actual number. If so, we will come up with such scary statistics, right? Hence, you must avoid the use of fluoroquinolones. See it only as your last resort. If you’re suffering from mild bacterial infections, stay away from fluoroquinolones. So far, there are other 6 drugs in this category that are no longer in the market because of similar serious effects. If your doctor still prescribes you fluoroquinolones, you may want to ask if there are other drugs with little risks that you can use for treatment.

As parting words, fluoroquinolones are not the only drug that you should avoid. It is important that we are always well-informed about these drugs and antibiotics before it’s too late. Not everything that our doctors say (and what the drug makers say to them) is always true and valid. Do yourself a favor and do your research before it’s too late.

Sourceimg: www.torange.biz
Previous articleThe True Reason Why You Suffer From Leg Cramps At Night And How You Can Stop It Permanently
Next articleTreat Your Dry Eyes Naturally

Osteoporosis: How to Tell If You are at Risk of Having It