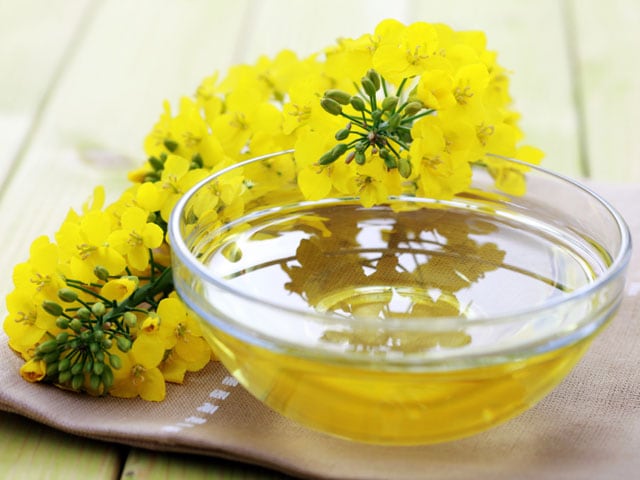 How to Treat Gingivitis Naturally

Bottoms Up: Drink These to Attain Quick Relief From Anxiety

MegWright
Rapeseed Oil comes from the vivid yellow flowering plant
from the family Brassicaceae. Rapeseed is closely related to the mustard and c abbage family. Specifically Brassica napus is grown to harness repeseed oil. To date, rapeseed is the third largest source of vegetable oil in the world. Rapeseed is also popularly known as canola oil.
Rapeseed oil is starting to exceed the popularity of olive oil. Advocates of rapeseed oil utilization stress the fact that it is a healthier and cheaper alternative to olive oil. The production of rapeseed oil significantly improved in the last few years as studies reveal the many health benefits and versatility of this vegetable
oil.
To find out more about rapeseed oil, we have compiled some of its most crucial facts as well as its numerous applications in recent years:

Healthier than Other Vegetable Oils

Proponents claim that rapeseed oil is a healthier option than olive oil and palm oil. It contains less unhealthy saturated fats. The fatty acids that rapeseed oil contains have been proven to be beneficial to the human body and even contribute to improved overall health.
According to research, rapeseed oil only contains 7% saturated fat. Olive oil features twice the unsaturated fat found in rapeseed oil while butter is known to have up to 51% unhealthy fat. Just imagine how healthy diet can become by simply replacing oil used for cooking to that of rapeseed.
In addition to its low concentration of saturated fat, rapeseed also contains soluble vitamins A, D, E, and K. It also contains essentially fatty acids namelyOmega-3, -6, and -9 all of which are known to contribute to optimum health and wellness. All these nutrients are easily absorbed by the human body. Those who
have shifted from olive oil use to rapeseed oil report enhanced sense of well being.

Not all vegetable oils are created equal. In fact, rapeseed oil is up at the top spot when it comes to the numerous health benefits that consumers can derive from regular cooking and consumption. A shift to rapeseed oil for cooking methods such as deep frying or simply a splash of rapeseed oil on your salad is known to successfully reduce the low-density lipids or bad cholesterol by up o to 29% in a span of five months of continued use. The high unsaturated fat content of rapeseed oil also increases high-density lipids which successfully improves good
cholesterol levels. Such findings reflect that rapeseed oil may actually improve the cardiovascular condition of its users.

Not all Rapeseed Oil are Canola

It should be noted that not all Canola oil are rapeseed oil. Canola oil, short for Canadian oil, low acid is a sub variety of rapeseed oil that contains lower levels of euric acid- a compound known to be toxic in higher concentrations. Canola oil has received several bad publicity as it its being used by several companies in the manufacturing of pesticides. Consumers must remember that industrial rapeseed oil is different as that which is used for cooking. Technology has allowed rapeseed oil-producing companies to come up with rapeseed oil that is not only aromatic but features a pleasant taste as well.

Rapeseed oil was originally used as lubrication for steam engines. This was the first recorded utility of rapeseed oil as many find its taste bitter and its aroma not the least bit appealing. It was only during the last few decades that rapeseed oil manufacturing process has been refined to produce superior rapeseed oil
varieties.
This vegetable is known to be quite versatile in that it is now being used as an excellent source for biodiesel.
Rapeseed oil is known to be the easiest to convert into biodiesel. A rising number of biodiesel advocates are making their own biodiesel at home with the use of rapeseed oil. The oil coming from the unfortunately-named brassica features the highest flashpoint across all vegetable oil products. Aside from the fact that it can be used for deep frying or cooking at high temperatures, its high burning point makes it an excellent fuel source for vehicles. The high oil content of rapeseed oil is at 43% a value that is relatively higher than that of olive oil and sunflower oil among others.
The high oil content of rapeseed oil also translates to its efficiency when it is con verted t biodiesel. The cleaner burn from the use of rapeseed methyl ester can be attributed to its  remarkable oxygen content which is known to be at 10% per weight. The oxygen content of rapeseed oil results in the reduction of hydro
carbon, carbon monoxide, toxins, and particulate matter levels altogether. The high oxygen percentage of rapeseed oil makes for a cleaner burn than that traditional petroleum diesel products.
The transesterification of rapeseed oil makes for a highly biodegradable biodiesel. The environmental implications of utilizing fossil fuel have been haunting humanity for many years now. Looking for environ mentally-friendly alternatives is crucial to reduce greenhouse gas emissions and pollution altogether. Biodiesel from rapeseed oil is a healthier choice as it degrades five times faster than fossil fuels. In addition, rapeseed oil is very safe and does not cause any damage to vehicle engines. No modifications are required for consumers to use rapeseed oil methyl ester as replacement for petroleum diesel. The popularity of biodiesel is not making the manufacturing process or transesterification affordable on the long haul.
Also Read   Foods to Run Away From If You Have Osteoarthritis
Previous article
Raspberry Ketones
Next article
Dealing with Sports Injuries

10 Simple Ways to Spice Up Your Coffee

Growing Your Own Potatoes