Naturally Treat Acid Reflux and GERD with these Helpful Tips 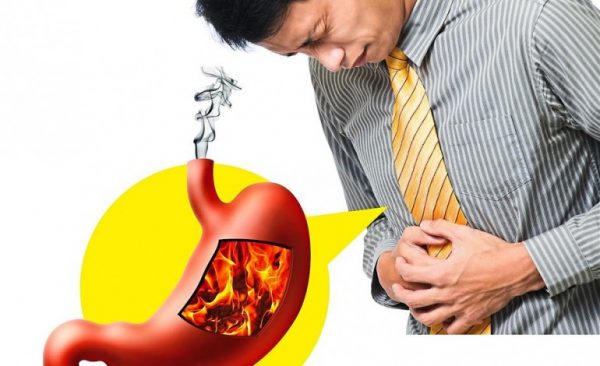 Have you ever experienced heartburn or a burning sensation around the lower chest area? This happens when stomach acid that slowly makes its way up your esophagus (long tube connecting the throat and the stomach). That condition is called acid reflux and the pain is only multiplied ten times when you try to lie down or bend over.

Gastroesophageal reflux disease (GERD) or severe/chronic acid reflux has additional symptoms such as nausea, a sour taste in mouth, sore throat, dry cough and chest pain. If this condition remains untreated, it can lead to serious complications such as Barrett’s esophagus or worse, esophageal cancer.

While the cause of acid reflux disease is still unknown, it’s clear that factors such smoking, obesity, pregnancy, certain foods, genetics, malfunctioning of the lower esophageal sphincter muscles, stomach abnormalitieslike hiatal hernia and certain medications may cause this condition.

Frequent attacks of acid reflux need immediate medical treatment. Mild symptoms can still be treated via natural home remedies for that instant relief. However, if the problem occurs two to three times a week (or more), it’s best to consult your doctor.

Apple cider vinegar has a growing fan base because of its numerous health benefits. It aids in digestion and helps balance the production of acid in the stomach that’s why it’s an effective remedy for acid reflux. Here’s how:

Sodium bicarbonate, or commonly known as baking soda, is a natural antacid that gives an instant relief from heartburn which is the most common symptom of acid reflux. Here’s how:

Juice Aloe vera has anti-inflammatory properties that can help soothe the inflammation in the stomach and esophagus caused by acid reflux. Here’s how:

According to a study published in the Journal of Dental Research, chewing sugar-free gum for thirty minutes after each meal can relieve the symptoms of gastroesophageal reflux disease. Chewing gum stimulates the production of saliva which then washes away all of the acid that’s accumulated in the gut. Saliva can also neutralize stomach acids because it is alkaline.

You can also try chewing cinnamon gum after meals to prevent acid reflux. Avoid mint-flavored gum because mint has a relaxing effect on the lower esophageal .

Licorice root has stomach-healing properties that can help treat acid reflux. It reduces gastric inflammation, decreases gastric spasms, soothes the mucus membranes and protects the lining of the gut.

Another popular home remedy for acid reflux is yellow mustard. The vinegar content in yellow mustard is a weak acid that helps neutralize the pH of stomach acid.

Note: Although it is highly effective, it might worsen cases of heartburn for some people.

Fennel is highly recommended because it improves stomach digestion and it suppresses stomach spasms. It contains a compound called “anethole” that calms the spasms in the gastrointestinal tract and has anti-inflammatory effects.

The demulcent properties contained in slippery elm help coat the esophagus and the lining of the stomach. It also has soothing and anti-inflammatory effects. Here’s how:

Just like slippery elm, marshmallow also contains soothing and demulcent properties. Because of its high levels of mucilage, it protects the mucosal lining of the stomach and esophagus. Here’s how:

Cumin seeds are also effective in treating acid reflux. They do an excellent job in stimulating digestion and reducing digestive issues like acidity and gas. Here’s how:

Sourceimg: www.star2.com
Previous articleNatural Treatment for Restless Leg Syndrome
Next articlePaleo vs. Vegan- Which is Best?

How to Reap Benefits of Raw Food Diets

Reasons to Add Emmer to Your Diet