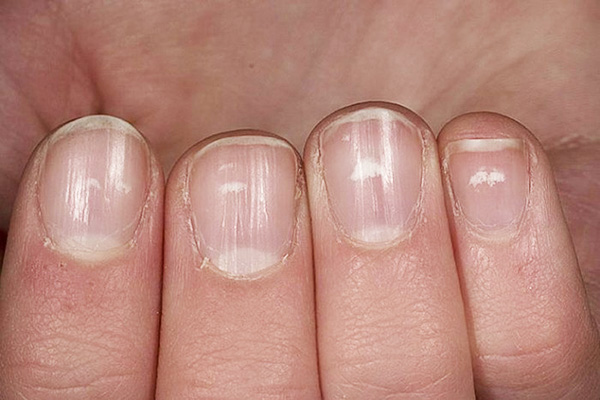 Why You Should Include Cruciferous Vegetables in Your Diet Regularly

Tips on How to Make Your Hair Brass-Free

A lot of women go to great lengths just to make their nails complete traffic-stoppers. They devote plenty of their time as well as cash to keeping their nails some of their best physical assets. Having pitted nails, however, can deprive you the opportunity to impress with your nails.

Pitted nails or nail pitting is described as having a dent or depression on the nail. The reason behind such is the loss of keratin, a kind of protein the nails are made of, on the surface of the nail.

Medical experts say that pitted nails is very common among individuals who are suffering from psoriasis, a skin disease which is characterized by the appearance of red and scaly patches that itch like crazy. In fact, up to 50 percent of all psoriasis sufferers have pitting on their nails.

Sometimes nail pitting can be caused by a fungal infection, which is quite common. Definitely, having your nails infected by a fungus can make them look hideous — they end up yellowish and thickened, plus they are brittle. Zapping the microbe responsible for it can put an end to this truly hideous and embarrassing ordeal.

Do you have pits on all of your nails? Then it’s very much possible that it is due to a systemic problem. Needless to say, it’s a good idea for you to see your doctor in order to get the right diagnosis and proper treatment.

However, there is no need to worry if pitting occurs only on a single or couple of nails. Most likely, it’s due to a local trauma that has interfered with the normal production of keratin. Eventually, the dent or depression will disappear into the free end of your nail as it grows — have patience and you’re golden.

Also Read   Foods You Can Eat without Weight Gain

The following are natural remedies for pitted nails that are proven highly effective:

Many women love having their cuticles removed to keep their nails super smooth. However, this is something that needs to be momentarily avoided if there is nail pitting as it can only exacerbate the situation. Consider going for nail polish colors or nail art that can mask the pitting of your nails.

Switching to personal care products that do not contain harsh chemicals can keep your nails out of harm’s way as well as prevent the exacerbation of any skin condition associated with pitted nails. Remember to moisturize your nails and hands regularly. When doing household chores, don a pair of rubber gloves.

If it’s obvious that the pitting of your nails is due to a fungal infection, apply apple cider vinegar on your nails. After several minutes, rinse off thoroughly with water. Do this up to twice a day for a few weeks until improvements are noticed. Apple cider vinegar is a very good killer of fungi.

Another well-known antifungal is tea tree oil. Usually, it is diluted with carrier oil because it’s so strong. However, dilution is no longer necessary if tea tree oil will be used for treating nail fungal infection — provided that it’s not applied on the surrounding skin. Twice a day, leave tea tree oil on the infected nails for a few minutes, and then rinse off.

Also Read   What Are Some Subtle Relationship “Red Flags” That Are Often Overlooked?

Having a bottle of virgin coconut oil somewhere in your kitchen means you have an effective remedy for nail fungal infection. All you need to do is apply it on the affected nails several times a day. The nicest thing about virgin coconut oil is it also nourishes and hydrates your nails, making them healthy and beautiful.

Deep Vein Thrombosis: Just How Deeply Serious is It?