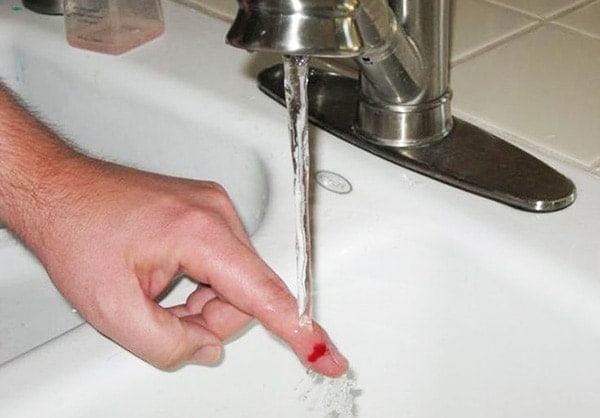 A wound is an injury to a living tissue. It may be caused by a blow, cut, or other impact and it can be open or closed. Open wounds have breaks in the skin integrity and is manifested by a cut or bleeding. On the other hand, a closed wound is an injury to the deeper tissues, such as an echhymosis or a bruise. Wound care refers to the procedure in which the wound is treated to prevent further injury or complications like infection. Usually, a plaster, gauze, or dressing is used to cover a wound bleeding, but then, the wound has to be cleaned to prevent infection.

The following are some pointers and solutions on wound care.

According to NHS UK, hand washing is the initial step when it comes to wound care. It is the universal measure to prevent infection and its spread. As per the publication, disposable gloves are worn if cuts are present on the hands. Also, it is vital to inform the other person that you are going to treat his wound to decrease his anxiety and to enhance his cooperation in the procedure.  Some wounds have things embedded in it; in such cases, that object is left in place until the person seeks medical advice.

Open wounds are cleaned with running tap water, a saline or salt water solution, an alcohol-free wipe, or a soft cloth or gauze pad. Antiseptic is not recommended since it may result to skin damage. The gauze or soft cloth is soaked in the saline solution or water. Next, the skin is wiped with it. Once done, the area is pat dry with a clean towel or tissue pads. Cotton wool balls are not advisable, since the strands can get stuck to the wound. After that, sterile dressing like plaster or bandage is applied. If blood soaks through the bandage or dressing, it is left it place and another bandage is applied to put pressure on the wound and stop the bleeding.

The solution was first utilized to treat soldier wounds and fight infection during World War I. According to Knowledge Weighs Nothing, the ingredients include Clorox or similar household bleach, sodium bicarbonate or baking soda, tap water, and a container. To prepare, four cups of tap water are boiled for 15 minutes. Next, half teaspoon of baking soda is added to the boiling water. Then, bleach is added to the water; for full strength three ounces or 95 ml is added. Once done, the solution is transferred to a container, which is clearly labeled as Dakin’s solution.

An open wound makes a person vulnerable to foreign objects and infection. Thus, the wound is cleaned with an acceptable solution, before applying a cleaning bandage or dressing to prevent further bleeding.

The Healing Properties of Psyllium