How Alcohol Affects You and Your Health 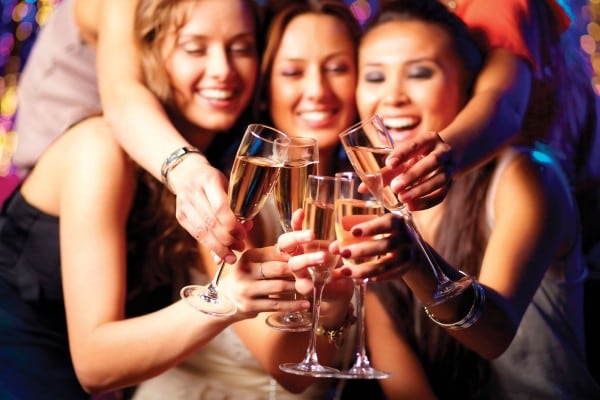 The Bountiful Benefits of Bitter Melon or Bitter Gourd

Alcohol, after it is consumed, enters the blood and has various effects on every conceivable part of the body. Regular consumption of alcohol over years or maybe even decades can have very harmful effects on your body.

A minute portion of alcohol is enough to affect you. When it is consumed, it goes around your various systems via your blood. A very small portion of what you drink is expelled from you when you pee and through your breath.

The process of alcohol absorption is delayed and the rate of alcohol absorption is reduced when you find yourself eating. More so if the meals have higher fat content. But if your alcohol intake is higher than the maximum amount for processing, that’s when you get drunk. The metabolic rate of alcohol is dependent on the size and sex of an individual. Drinking alcoholic beverages can cause destabilization in your biology and emotions and moods which can be dangerous.

Drinking alcoholic beverages in copious amounts over a long period of time can have very negative effects on your health, and it can put you in danger.

Effects on the systems of the body

This system processes and eliminates waste material from the body. Alcohol is an example of this. A step in the excretion process involves the organ called the pancreas. The pancreas lets out enzymes that aid in digestion when it is mixed with bile from the gall bladder. It also aids in the regulation of sugar in the body.

Consuming too much alcoholic beverages makes the pancreas secrete harmful materials that disrupt the functions of the excretory system. When this happens, the pancreas becomes inflamed. This is what we call pancreatitis and it can be fatal.

The liver on the other hand, terminates dangerous materials like those that come from alcoholic beverages. Alcohol-induced hepatitis is what happens when too much alcohol is consumed. Jaundice, wherein the skin and eyes turn a yellow shade can come from this. If your liver always becomes inflamed, cirrhosis can happen. Scars form and harm the liver, thus disrupting its important functions, and ultimately wreck the organ. During liver failure, toxins are no longer expelled.

A diseased liver can threaten your life. Females are in more danger compared to males since their physiques are less equipped to handle huge amounts of alcohol.

If both the pancreas and the liver start to fail, the likelihood of hypoglycaemia increases. This happens when blood sugar levels begin to drop. A faulty pancreas cannot use glucose because it lacks insulin. This leads to hyperglycaemia. These are serious problems for those with diabetes.

Consuming too much alcoholic beverages also increases the chances of getting liver cancer.

Changing moods and behaviors is an initial sign of having alcohol in the body. And since it goes through the blood stream pretty fast, it can affect many parts faster than you can imagine. The brain and the central nervous system are examples of the parts it can affect. People will find it more difficult to achieve verbal communication. Slurring when talking is a sure symptom of a very drunk person. And it also has effects on how the body coordinates its movements. A person will definitely have problems with balancing him or herself, as well as walking straight.

When you consume too many bottles or glasses of alcohol, you jumble up your thought processes. You are unable to control impulses and remember things. In the long run, alcohol consumption may cause the shrinkage of the front part of your brain. A sudden withdrawal from alcohol can cause a seizure and/or delirium. Too much alcohol over an extended period of time can lead to serious and permanent brain problems like dementia.

Other adverse effects to your central nervous system are certain aches and pains, numbed parts of your physique, strange sensations at your extremities. Consuming too much alcohol can also lead to vitamin B deficiency. This can have several negative effects on the eyes.

In an extended period of time, a person who consumes too much alcohol can find him or herself addicted to the substance in both a physical and emotional way. Once this happens, it is very difficult to control. While withdrawing from other addictive substances is relatively safe, doing the same for alcohol can put your life at risk. When a person is a heavy alcoholic, detox in a hospital is more than often needed.

Some of the telltale signs of alcohol withdrawal are feelings of nausea, always being anxious or nervous, and heavy shaking of the body.

In really bad circumstances, withdrawal can cause a person to be confused or hallucinate, or experience life-threatening seizures. Medical detox can last up to 7 days. Fortunately for the alcoholic, there are meds to stave off the harsher parts of the withdrawal.

Alcoholism can destroy the parts of your body responsible for digestion, from the mouth to the colon. Did you know that a single instance of binge drinking can cause injury to your digestive system?

Alcoholism can harm the glands responsible for producing saliva. It also has negative effects for mouths, tongues, gums and teeth. It can also lead to ulcers in the esophagus and the stomach. Alcoholics also experience reflux of acid and painful heartburns. The walls of the stomach can also be harmed.

When a person’s pancreas is affected, so is his or her digestion and his or her metabolic rate. This can lead to problems such as the feeling of bloatedness, and loose bowel movement. More serious cases include internal bleeding from an ulcer, a haemorrhoid, an esophageal varice from liver cirrhosis. Alcoholism makes absorption of nutrients and vitamin B in the digestive system more difficult. It also makes it harder for the digestive system to control bacteria. This is the main reason why those who have been drinking too much alcohol over a long period of time experience malnutrition. They have a higher chance of developing throat and mouth cancers, as well as the cancer of the esophagus. Those who don’t drink as much, but smoke along with drinking have a higher chance of getting cancer in the upper part of the digestive system’s intestinal tract as well as the colon. Withdrawal may cause a person to regularly vomit while experiencing nausea.

There are certain instances wherein one binge drinks for a night and heart problems immediately follow. But those who have been alcoholics for years are at an even greater risk of more serious problems. And women more so than men.

A lot of problems can emerge when one consumes alcohol heavily on a regular basis for a long period of time. For example, cells of the heart could be poisoned, the heart could go through irregular beating, or a person could also get high BP, strokes, heart attacks or failures.

Those who have diabetes have a higher chance of having low blood sugar. These could lead to anemia. A sign of which is always being exhausted.

Male alcoholics often have difficulty achieving erection of their genitalia. They can also experience low hormonal production, dysfunction of the testes and they may have a difficult time producing sperm.

For female alcoholics, they run the risk becoming barren. If not, then she has higher chances of experiencing problems during pregnancy. Alcoholism can have very negative effects on the development of the baby while inside the womb of the mother. Babies may have abnormalities physically and problems with brain function.

Breast cancer as well becomes much more of a risk with alcoholics.

The production of bone material is affected and delayed in alcoholics. If that wasn’t bad enough, the bones of alcoholics become thinner and easier to break. Muscles on the other hand, are weaker. They experience cramping and even atrophy more.

Alcohol weakens the immune system to the point that a virus or a germ or any kind of sickness can easily enter the body. Alcoholics are known to have a higher risk of getting pneumonia or tuberculosis.

Steps in Properly Washing Your Hair

More Ways to Get More of the Beneficial Vitamin D

Got Black Spots on Your Lips? Here are the Common Causes

Get The Best Health Outcomes with Flaxseed