How to Battle Body Odor Once and For All 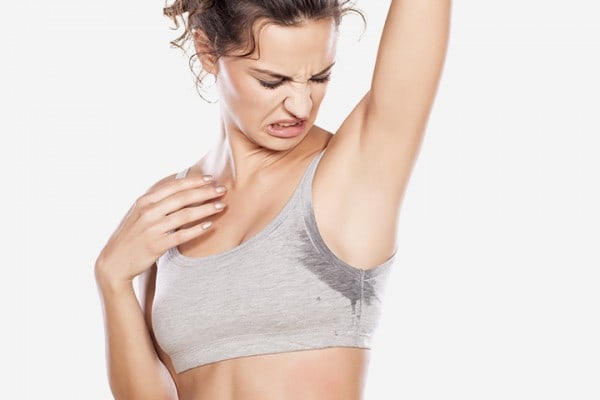 Benefits of Organic Cosmetics that You Should Know

What Happens To Lost Fat When You Lose Weight?

Apart from bacteria, there are also harmful substances such as toxins that cause body odor. External stressors and environmental pollutants introduces a wide array of toxins in the air, the soil, the water, and the food that we eat. The accumulation of these toxins in the body may be a bit overwhelming for both the kidneys and the liver to remove them efficiently. Once these two organs clog up, the toxins emanate from the body, resulting in the development of foul body odor and bad breath.

Dietary imbalances that result in gastrointestinal disorders such as constipation and nutritional deficiency are also identified as common causes of foul body odor. The type of food items we eat dictate the smell of the body odor we emit through the skin. For instance, those who eat meat products have a unique body odor over those who follow a strict vegetarian diet. There are also individuals have a hard time breaking down certain substances such as eggs, fish, liver, and legumes that contain high levels of choline, which results in the development of fishy body odor.

Also Read   How to Squat Properly

Food items that exhibit strong smell such as onions, garlic, curry, spicy foods, coffee, and alcohol are known to affect the smell of the perspiration that we emit. Those who are fond of eating fried and baked goods may also suffer from body odor, mainly caused by the rancid fats and oils that these food items contain.

How does the body produce sweat?

Our sweat is mainly produced by the apocrine glands which are located under the arms and in the groin region. These glands secrete a natural compound which is the major source of body odor, the substance that the apocrine glands emit contain lipids, carbohydrates, and proteins. Stress and sexual excitation are two of the most common triggers of the release of these compounds from the apocrine glands.

Perspiration is a natural reaction of the body to temperature changes and other forms of external factors. Some of the most common underlying causes of excessive perspiration are:

Common sites of excessive sweating are as follows:

– Soles of the feet

Other types of diseases linked to foul body odor are:

Internal deodorizers are now becoming a growing trend. Based on expert reviews and extensive studies, these supplements contain powerful ingredients that banishes all types of unwanted scents, which includes underarm foul odor, foot odor, and even bad breath.

Chlorophyll is a compound derived from nature, and has been proven to treat bad odor from within. Dietary supplements contain high concentrations of chlorophyll to effectively remove toxins and harmful substances that contribute to the development of body odor.

– This is a natural-occurring chelate that rapidly absorbs energy from the sun. It converts solar energy into energy that is used by plants in the process called photosynthesis. Chlorophyll is the main element which gives plants their green coloration.

– Chlorophyll is highly available to us via the food that we eat. Obviously, high concentrations of chlorophyll is present in dark leafy greens, barley grass, algae, chlorella, spirulina, and wheat to name a few. By consuming plants such as fruits and vegetables, you are providing your body with an
efficient and safe chelation agent that absorbs toxins and other harmful substances, thus resulting in the lack of foul body odor.

It is a must to try internal deodorizers. They primarily function as body odor blockers that will give you that much needed confidence yet again, so you can be more comfortable with people around. These supplements attack the sites that are prone to developing body odor such as the underarm, feet, and mouth. They get rid of foul odor fast so you don’t have to worry about them every again.

The ingredients in body odor supplements prevent the growth and development of bacteria and toxins that are identified as common sources of unpleasant smells.

An effective body odor supplement has the ability to completely eliminate the body odors in regions where we usually sweat including the pubic region, the underarms, the mouth, and the feet. Users are guaranteed to smell the fresh results only after a few days of daily supplementation. Aside from the elimination of body odors, they also stop the growth of bacteria which may lead to more serious disease conditions.

How to Use Internal Body Odor Supplements

Adults are recommended to take at least one capsule of body odor supplement in the morning, and then another one in the evening. Take these supplements with lots of water for fast absorption. You may increase the dosage and frequency to three capsules thrice a day, if you find the need to rid the body of toxic substances.

Make sure to pick a supplement that is made from all-natural and safe ingredients. This means that the product should contain no yeast, corn, wheat, sugar, salt, and artificial flavorings as part of the formulation.

Have You Heard About the Cucumber Diet?

Skincare Tips for the Fall

Water-Rich Foods You Should Be Eating Now

Tips for Health and Wellness for Busy College Students