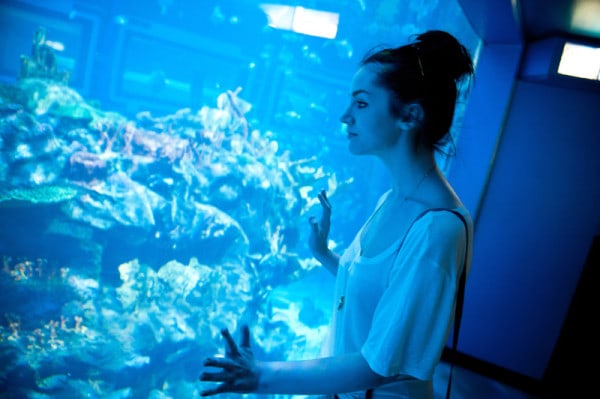 8 Simple Steps to Take Care of Your Cuticles

MegWright
If you think about it, healthy activities usually revolve around eating healthy, sports, exercise, yoga, and the occasional chugging down of protein shakes. However recently, researchers discovered an additional activity that will ensure good health and wellness-watching fishes swim!
According to research studies conducted at the National Marine Aquarium at Plymouth, UK found that people felt more reenergized, relaxed, and positive after staring at fishes. Further studies reveal that some people even show a decrease in blood pressure as well as heart rate during and after watching fishes in the aquarium.
These findings are not exactly brand new as hundreds of doctors from around the world as well as dentists install aquariums in their respective offices as a means to relieve the stress and anxiety of patients. However this is the case, recent studies conducted in the UK provided robust evidence that linked doses of exposure to underwater setups with positive feelings and wellness. Furthermore, adding more fishes into a setting will further increase the beneficial health effects to viewers.

Scientists from the University of Plymouth and the University of Exeter, Medical School collaborated and conducted the research at UK’s premier National Marine Aquarium. The researchers took advantage of the fact that the National Marine Aquarium just refurbished one of its major underwater exhibits. The larger-than-life 55,000 L tank was gradually filled with different fish species over a period of time.
In their research, the scientists took advantage of the situation, wherein they essentially measured the physiological, psychological and behavioral changes in their subjects/observers as the amount of marine life increased in the aquarium. In
order to come up with valuable results, they divided their test subjects into three groups namely, 1. Those who viewed the underwater exhibit featuring decorative plants and seawater only, 2. Second group was comprised of people who viewed the
underwater exhibit when it was partially filled with a few fish species, 3. Final group of viewers were those able to view the underwater setting in all its glory and splendor- with a wide assortment of fish species. The main aim of the study was to
identify if the third group who viewed a fully-stocked exhibit would show greater, more positive results than those who only viewed a partially-filled aquarium.
They’re assumptions show great promise as the third group viewed in longer durations, and exhibited great reductions in heart rate, interest levels, and a more positive mood.
These findings can then be used by companies in designing more elaborate underwater exhibits, proven to increase the wellness benefits of aquariums in health care settings and even at the office setting too.

The Positive Impact of this Research On Wellness and Health

Now that you are aware of the positive health benefits of staring at fishes, you may have gained interested to write to your local government officials requesting to build more underwater aquarium exhibits in your locale. Hold on, as studies suggest
that major underwater aquariums are not the only settings that can reap you the same results. Studies from recent years tell us that even a small fish tank at home can provide you with the same health benefits.
One of the many studies cite that small-scale aquariums were set up in the homes of seven non-institutionalized elderly people. Their findings suggest that this group of seniors reported a great decrease in diastolic blood pressure when compared alongside those with no fish tank in their homes.
Although majority of studies point to the positive impact if aquariums on health and wellness, one should bear in mind that they can be the cause of stress as well. This is especially true for individuals who will be tasked with the responsibility of aquarium maintenance. Tedious activities such as filling up the tank, cleaning, it, and implementing routine water tank changes can be mentally exhausting and physically tiring altogether.
Also Read   Health Issues Linked to High Cholesterol
Previous articleHow you should deal with difficulties
Next articleSee How Easily You Can Lose Weight and Keep Healthy w ith Plant-Based Diet

The Richness of Meditation Therapy

Is Aloe Juice the New Drink Sensation for Radiant Skin?