Are You So Irritable? Below are Some of the Likely Reasons Why 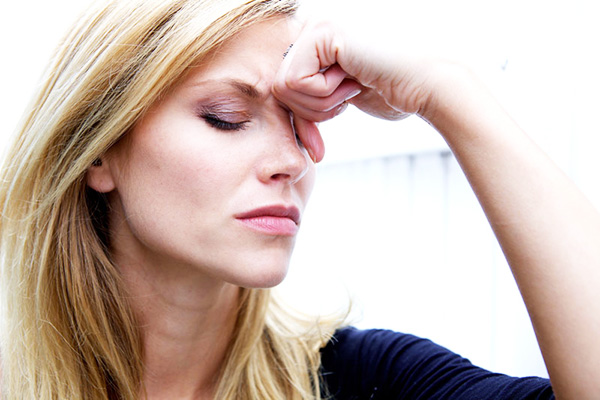 Acupressure Points You Should Know to Fight Insomnia

Being grumpy all the time can leave you having conflicts with your significant other, family members, friends and co-workers. It’s perfectly normal for a person to feel upset or agitated quite easily during stressful situations. However, it is a different story if being upset seems to be an unrelenting matter.

Some causes of irritability can be due to lifestyle issues such as:

It’s not just fatigue and drowsiness throughout the day that sleep deprivation the night before can bring, but also crankiness. Scientists say that your mood is closely connected to your sleeping habits. If you fail to get a good night’s sleep, then it’s very much likely for you to be in a bad mood the following day.

Do you like stuffing your face with foods that are loaded with carbs and sugar? Then it isn’t surprising why you feel touchy all the time. When the levels of glucose in your bloodstream suddenly drop after indulging excessively, you tend to switch from being nice and friendly to pure evil.

Many people reach for a cup of coffee for their energy fix. However, it’s no secret that all sorts of negative side effects show up when there’s too much caffeine in the bloodstream. Other than heart palpitations, jitteriness and lightheadedness, a person may also become irritable.

We all know that smoking is a habit that can wreak havoc to the health. Did you know that it can also damage relationships not only because it can make the person smell terrible, but also irritable? This is most especially true for someone who is addicted to nicotine found in cigarettes.

Nobody with high levels of stress exhibits a sunshiny mood. In this day and age, it’s commonplace to be in a lot of stress and feel easily annoyed. Managing stress effectively during and at the end of the day can help keep at bay irritability as well as other health repercussions of too much stress.

Experts say that being irritable all the time can also be due to medical conditions like:

Earlier, it was discussed that sleep deprivation can lead to crankiness the following day. There are times in which lack of sleep is not brought about by excessive partying or having caffeinated drinks at the end of the day. In some cases, it’s something that is due to an underlying sleep disorder.

Everyone knows that people with anxiety tend to worry about a lot of things, including those that seem insignificant to others. Not everyone is aware, however, that anxiety can also make the individual who has it to easily feel grouchy, most especially during an attack.

Who wouldn’t feel cranky if abdominal pain, headaches, bloating, acne and food cravings caused by PMS are all present? By the way, PMS also causes disruptions in the hormones, and it’s something that can have a significant impact on a person’s mood.

Also Read   See Why Sweet Cicely is Good for You

Just like PMS, menopause can cause a wide variety of unfavorable signs and symptoms, all of which can easily leave a woman feeling miserable and cranky. Similarly, all the hormonal changes taking place in her body can also leave her mood out of whack.

From migraine attacks to inflamed knees due to arthritis, people who are experiencing all sorts of aches and pains can certainly feel grumpy because of their ordeal. Having the root cause diagnosed and treated by a doctor can help zap that irritability as well as the rest of the associated symptoms.

Sourceplantsandoils.com
Previous articleWorkouts to Reduce Cellulite on Butt
Next articleHow to Shed Pounds in 3 Days with Military Diet

Easy Steps On How to Use Egg for Hair Growth