Fruits That Boost Health and Wellness 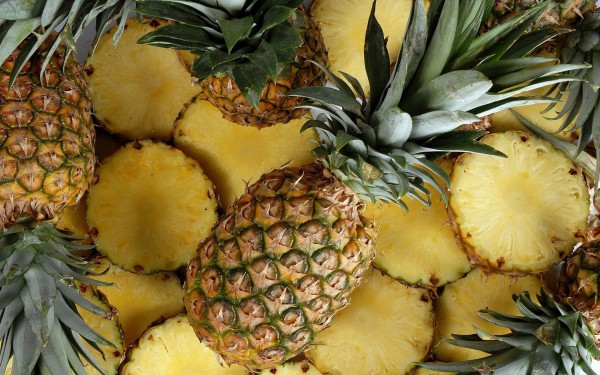 There are a lot of fruits in the world, but not every fruit is a superfruit. What is a superfruit? These are fruits which researchers found to be rich in antioxidants, and other essential nutrients that are excellent for your overall health.

The greatest part about it is that you can find most of them in a supermarket near you. But they have to eaten unprocessed. That means, you buy them, wash them, slice them and eat them. Researchers state that you ought to consume 5 to 9 servings of fruits or veggies daily. Whatever fruit you eat, it should be a superfruit.

1. The acai berry has a ridiculous amount of antioxidants, much more than its superberry cousins the blackberry, strawberry, and blueberry. But because the acai is grown in Brazil, it’s difficult to find fresh ones. There is however a powdered version being sold which one can mix with drinks. Mixing it with drinks can also take out the bitterness of the berry.

2. An apple is actually a superfruit! America rejoice! It has tremendous amounts of fiber and its skin has quercetin which is an antioxidant that helps against allergies and inflammation. So it could be a good way to protect yourself from heart disease. A research conducted in London discovered those who eat more than 4 apples in a week show better respiratory system performance than those who consume less apples.

3. Whenever you feel your hunger creeping up, look for some bananas. It has a lot of potassium that reduces one’s BP. Bananas also have a lot of what people call resistant starch which takes away your hunger and at the same time, raises your metabolic rate.

4.Grapefruits are excellent for your heart. Research has time and again showed how they can lower you cholesterol levels. If you have to choose, choose the really red ones. They have more potent antioxidant properties.

5. What’s the best fruit for our brains? Many experts agree on the blueberry. It contains a lot of flavonoid which research has found to be beneficial to memory. Recent studies added to this by concluding that consuming blueberries regularly can help maintain proper brain function in old age. One of the studies discovered that females who consumed the most blueberries are able to maintain their brain function by an amazing two and
a half years. A blueberry also contains a lot of manganese which helps your metabolic rate, keeps you from being overweight and obese, and keep you in tip top shape.

6. Do a favor for your skin and consume cantaloupes. Your smooth and young-looking skin will thank you for it. Cantaloupes are superfruits mainly because of vitamin A and similar ingredients that help with reproduction of cells in the body. This exfoliates your skin naturally.

7.A cherry doesn’t get the recognition it deserves. These really red fruits are filled with anthocyanin. This is an antioxidant that soothes the inflamed blood vessels of the body and reduces the levels of triglyceride and cholesterol. One research showed that when mice were fed cherries, they lowered causes for inflamed blood vessels by half. Those who eat cherries also maintained a healthy, lean physique and had huge decreases in cholesterol level.

8.Citrus fruits have a lot of vitamin C, fiber and other nutrients that aid in combating illnesses. But what makes them superfruits is the vitamin C. Citrus protects the skin against the sun and looks after the function of oil glands.

9.A cranberry is indeed a woman’s superfruit. They fight infection of the urinary-tract, and perhaps they can even have a positive effect against cancer of the ovaries. In a recent study, it was found that in a lab setting, cranberries can help make chemotherapy medicine more effective. They may also delay the spread of cancer. A different research discovered that drinking cranberry on a regular basis can increase the levels of good cholesterol in the body.

10.Dragon fruit doesn’t just have a catchy name. It has an appearance that makes its health-boosting powers known. A study conducted 4 years ago, discovered a huge amount of fatty acids in this particular fruit. These are acids that our bodies need but can’t manufacture. Half of the seeds had oleic acid which alters cholesterol levels in the body for the better. Although dragon fruit is mainly found in Asian countries, you may find it at a nearby farmer’s market.

11. Resveratrol, a strong antioxidant for the protection of the heart is what makes grapes super. Researchers also discovered that compounds in extracts from grape seeds seemingly aid in delaying Alzheimer’s in lab rats. Also in a lab setting, these same compounds can help fight cancers in people’s heads and necks. Dentists also attest to the fact that an acid found in grapes can whiten the teeth. They are best consumed upon ripening.

12. Another superfruit rich in antioxidants is the blackberry. They contain polyphenol which is also found in the legendary green tea. Polyphenol fights cardiovascular illnesses, cancer and bone problems. A single cup of blackberry can give you a third of your everyday fiber needs.

13.Kiwi is awesome for people who have problems digesting food. A research that had over forty people with digestive problems eat a pair of kiwis for 6 weeks said that the practice actually had positive effects for their digestive system. The same could not be said about those who didn’t consume kiwi. A hypothesis is because this superfruit has a lot of fiber and carbs good for the digestive system.

14. A single orange contains the suggested amount of vitamin C. This of course boosts your immunity against illnesses. This fan favorite is full of helpful nutrients such as fiber, potassium and calcium.

15. Aside from being quite tasty, a plum has antioxidants that scientists from France believe to be helpful against anxiety. This correlation holds true when they provided lab rats with this particular antioxidant.

17.A strawberry is loaded with vitamin C. One cup satisfies your body’s vitamin C needs for an entire day. It also has a lot of folic acid which is beneficial for our hearts. They can also restore your teeth to their original white color. Crushing strawberries to a pulp and mixing the pulp with baking soda creates a good paste which you can apply to your teeth. Five minutes a day should do the trick.

Also Read   Tips to Stay and Look Fresh All Day

18. Avocados are definitely superfruits. They are not seedless which means yes, they are fruits and not veggies. They good fats and useful fatty acids which help reduce the amount of bad cholesterol in the blood and increase the good cholesterol. The fat in this superfruit helps the body in absorbing carotenoids like betacarotene and lycopene, which are of course, good for the cardiovascular system.

19. First off, tomatoes are fruits not vegetables! Now that I got that out of the way, it is our TOP SUPERFRUIT. It has lycopene which is rare among the superfruit community. It’s also abundant in vitamin C, potassium and has very few calories.

20.Papayas are those tropical fruits which pack a lot of vitamin C. A single serving and you have more than your daily requirement of vitamin C. It also has vitamin A and vitamin E which both have strong antioxidant properties. So all-in-all, papayas boost our immune systems and fight cardiovascular diseases and possibly, colon cancer.

21. A single serving of raspberries gives you four grams of fiber, twenty-five percent of the required daily amount of vitamin C and manganese.

22. Surprising trivia: pumpkins are fruits! Pumpkins are loaded with betacarotene and potassium, which can maintain a low BP. If you have a hard time baking a pie, you can add the seeds into a salad or a soup.

23.Watermelons have a lot of lycopene, over double than that of tomatoes. And because they are low-calorie, eating a lot won’t be bad for your figure. It also has vitamin A and vitamin C.

24.Pineapples have bromelain which is of great use for the digestive system. Pineapples taste great too.

Fight Cancer with This Beverage Out of Two Cheap Ingredients

Get Rid of Pink Eye the Natural Way