Acetaminophen, most commonly known by its brand name Tylenol, is one of the most widely used pain relievers and is named as the top choice of pain reliever for pregnant women, as published on the American Family Physician journal. In fact, according to the U.S. Centers for Disease Control and Prevention, about 65 percent of pregnant women use this drug. The common uses of acetaminophen are for fever and flue symptoms and pain in general.

However, pregnant women have been warned again and again to avoid any medications, especially if there’s no pressing need. Unfortunately, most pregnant women use this drug for even the tiniest symptoms of pain. This can be very risky because of the following:

Data from the Norwegian Mother and Child Cohort Study suggests that acetaminophen is associated with asthma. Based on a study involving 114,500 mother and child pairs, both prenatal and infancy acetaminophen exposure and use can increase the chances of having asthma from age 3 to7.

Children of mothers who used acetaminophen during their pregnancy have 13 percent more chance of having an asthma by age 3. Quantity of acetaminophen used also correlates to the probability.

The said research also looked into whether the reasons for taking acetaminophen may actually be the factors causing asthma, but the results cannot say for sure. Although mothers who reported the use of acetaminophen for more than one reason throughout their pregnancy turned out to have children with greater risk.

2. Prenatal acetaminophe use is linked to ADHD in children.

In 2014, JAMA Pediatrics published a study participated by 6,400 mothers and children. Half of the mothers reported acetaminophe use during pregnancy. From the data gathered, there was 30percent increase in risk for ADHD within seven years and a 37 percent increased risk of being diagnosed with hyperkinetic disorder, which is a severe form of ADHD.

Frequency of use highly affects the likelihood. Mothers who take acetaminophe more often have greater risk of having children diagnosed with ADHD-related problems. In addition, it is reported that mothers who took the drug during their 20th week or more had doubled the risk of getting HKD diagnosis, and they half about 50 percent more likelihood of being prescribed with medications for ADHD.

How exactly does acetaminophe use impact the fetus inside? According to studies, the drug makes it way to fetus through the placenta. The relationship is made stronger with the argument that the drug can disrupt hormones, and this disruption can have an impact on the fetal brain development.

3. Prenatal acetaminophe use may be linked to fertility problems and cancer among boys.

A study conducted on mice resulted to a link between acetaminophe use and fertility issues. The mice were given the same doses to that of humans. It says that the drug can reduce testosterone levels in the womb.

Based on the experiment, taking the drug once a day had no effect on the testosterone levels. However, when the intake was increased to thrice a day in a span of seven days, the testosterone levels among the mice were reduced to almost a half. This poses a serious threat since the most common male reproductive disorders are associated to reduced testosterone exposure while still in the womb.  In addition, it is also assumed that the impact of acetaminophe to the male reproductive system development may also lead to testicular cancer. It may also lead to infertility not just among the males but also to the females.

While it’s been repeatedly said that the data are still insufficient to claim that it is without a doubt harmful and dangerous to take OTC drugs such as acetaminophen during pregnancy, all the statistics and studies should also not be ignored. It is common that we rely on pain relievers all the time, but if you’re currently responsible for another human being inside you, it’s always best to be cautious about what you put into your body.

If what you’re feeling are minor conditions such as colds or minor aches and pains, immediate treatment is unnecessary. It may do more harm than good.

Furthermore, if you are a parent, you may also want to be warned about how this specific drug is involved in the most number of accidental poisonings among infants less than 6 months old, as per the calls to poison control centers in the U.S.Acetaminophen is the most common pain reliever used by children, and it is recommended more than other drugs like ibuprofen. In the U.S. alone, more than 11 percent children take this drug in any given week. This is starting to be questioned by other health experts since increasing its intake just a little bit can already have a serious effect specifically in the liver among adults. In fact, almost half of all acute liver failures in the U.S. is linked to the use of acetaminophen. Adults who take this drug more than the 2 pills a day recommendation is already more at risk when it comes to liver damage. The bodies of children process acetaminophen differently, and the risk of suffering from liver failure is lower. However, liver failures among children who used the drug repeatedly were also reported.

Substitute Acetaminophen With These Natural Products:

We, most of the time, mindlessly pick up acetaminophen as a cure to all pain that we’re feeling. Even those women who are pregnant are not being careful in its use. However, it is important that we are also informed about the dangers of being too dependent on this drug.

If you are feeling minor pain that you can tolerate, it’s highly recommended to stay away from acetaminophen. However, if the pain has become unbearable, there are also other natural alternatives to ease the pain. Below are a few of them. Nonetheless, if you are pregnant or nursing, you may need to ask your doctor if some herbs, supplements, and medications are safe.

This is a very effective oil-soluble antioxidant, and it is very powerful in treating pain. Higher dose works well, and it may require as much as 8 mg or more to relieve pain.

Boswellia is an herb that is also known as boswellin or“Indian frankincense.”This has been used for thousands of years to alleviate pain particularly those suffering from arthritis.

This spice is common in cooking. It can ease pain by reducing substance P in our body. This substance is found in the nerve cells and is responsible in sending pain signals to the brain. The lesser P substance, the lesser/weaker pain signals.

CMO is an oil found in fish and dairy butter. This also comes as a topical ointment and is best used to lubricate the joints.

Curcumin is the main anti-inflammatory and therapeutic compound that can be found in turmeric. Aside from being a potent anti-inflammatory substance, curcumin can also reduce the harmful effects related to acetaminophen use.

Ginger is definitely a staple in the kitchen, but fresh ginger is also great for treating all kinds of pain including stomach troubles.

Aside from the natural alternatives enumerated above, you may also want to try other therapeutic activities such as yoga, meditation, acupuncture, and the classic hot and cold packs. 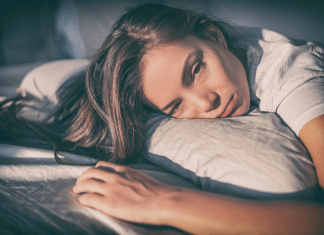 Sheryl Richards - September 28, 2019 0
Have you already heard about "insomnia identity"? If you firmly believe that you are suffering from insomnia, then you probably have it.

Can Acid Reflux Cause Shortness of Breath?