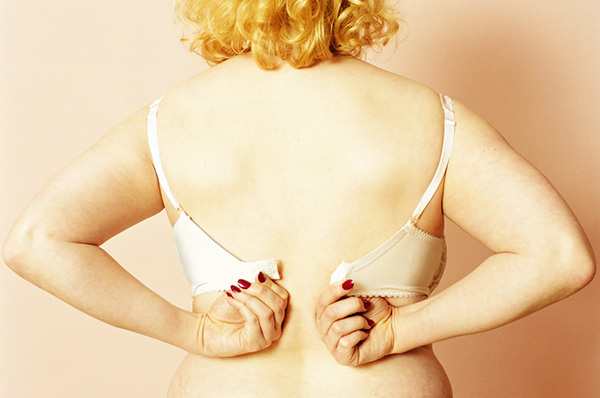 Stress and Ways of Coping with It

Based on a study, breast tissues age so much faster than other tissues of the body. This is the reason why the breasts can sag 2 to 3 times faster than your buttocks, thighs, upper arms and others.

So should you start worrying about sagging breasts only when you’re in your 40s? Well, the same studies have shown that women should start to concern themselves with the problem when they’re between 21 and 25 years old — yup, the breasts start to sag that early!

Genetics is something that is a role player in the issue of breast sagging. However, parents are not the ones solely to blame for breasts that are heading south, but also some common habits that lots of women are guilty of doing!

Without any more ado, let’s take a look at some of the things that can make your breasts less perky:

Having a Bad Posture

Everyone knows that having a bad posture, whether standing up or sitting down, can make your back achy. Did you know that it can also make your breasts sag? Years of bad posture can leave the breasts in an unnatural position. Time will come when your breasts will hang down if you fail to deal with you nasty habit.

Opting for an Ill-Fitting Bra

Because the primary role of a bra is to offer support, putting on the right one can definitely help keep the breasts from sagging. Unfortunately, it is said that up to 80 percent of women are using the wrong bras! When shopping for a bra, have your breasts measured properly so that you may be able to opt for the perfect one for you.

Medical professionals say that yo-yo dieting is bad for the heart. However, it’s also something that can damage breast tissues and leave your breasts sagging. It’s a good idea to steer clear of fad diets and instead opt for weight loss methods that can be maintained for life, and they’re going for healthy eating habits and regular exercise.

Having a Sedentary Lifestyle

Speaking of exercising, are you aware that not doing it regularly can be blamed for sagging breasts? It’s due to a couple of reasons, and they are the accumulation of fat in the breasts and the loss of tone of the muscles that support your breasts. So regularly go to the gym to keep your breasts from going south.

When exercising, make sure that you obtain utmost support from a sports bra. This is most especially true if you wish to perform high-impact exercises such as jumping rope and jogging. Consider investing in high quality sports bras if you are intending to exercise regularly, which every woman on the planet should be doing for health and fitness.

In moderate amounts, meaning only a glass per day, alcohol offers health benefits. However, it’s a different story if it’s consumed excessively. The health of your liver and heart can be at risk. Too much alcohol can also cause sagging breasts because it damages collagen, thus considerably reducing the firmness of the skin on your breasts and elsewhere.

Another habit that’s terrible not only for your overall health but also breasts is cigarette smoking. Just like consuming excessive amounts of alcohol, it causes collagen to get broken down at a much faster rate. When you quit smoking, it’s not just breast sagging that you can dodge, but also so many serious health problems.

Not but not least, too much sun can also make your breasts less perky. It’s due to the fact that UV rays given off by the sun can damage collagen. When stepping foot outside the home during the day, make sure that you apply sunscreen on parts of the body that are not concealed by clothing.

Sourcegoodhousekeeping.com
Previous articleTips on Eliminating Underarm Pimples
Next articleApply This Mashed Cheap Fruit on Your Face and Enjoy These Benefits

Beauty Habits That Could be Bad for Your Health

Tips on How to Strengthen Your Nervous System

How to Make Sunscreen Spray at Home