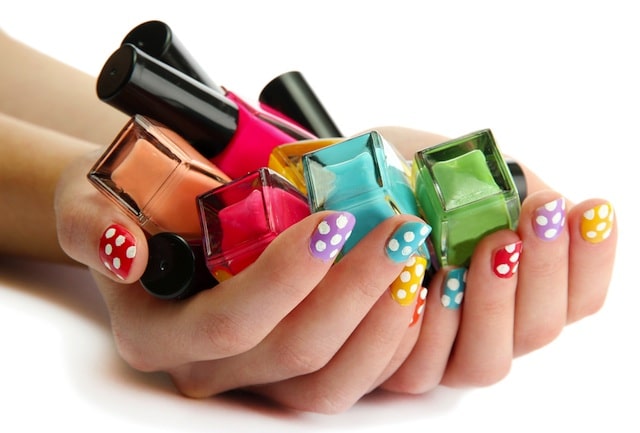 Why Should You Eat Fruits That are in Season?

Proven Ways to Get Rid of Unsightly Muffin Top

You may have your schedule for weekly manicures or you could not care less about your unpainted nails. But we know that you’re going to be fascinated by these fun facts about nail polish.

Read below and take a look at some really weird things you probably didn’t know about nail polish.

1. French manicure believed to be from France.

Manicure is a French word meaning ‘care of the hands’ which originated from ‘manus’, a Latin word for hands and ‘cura’ meaning care. It originated in 18th century Paris and became popular in the 1920’s and 30’s. In ancient times  in France, it is believed to distinguished the lower and higher class.

2. Ancient people got pretty creative about making their own polish.

In China, their nail polish is commonly made from beeswax, egg whites, vegetable dyes, gelatin and gum Arabic. While in Egypt, it was tinted by scented red oils, then as time passed they applied tinted powders and creams to the nails.

In Ancient China it is commonly used by the royalties, at first they preferred the color gold and silver then changed into red and black. After that it was replaced by metallic colors.

In Ancient Egypt, it was also used by the royal bloods who wore red or darker nail polish while the lower classes wore pale colors.

4. Nail polish remover have no expiration

It does not expire, therefore it will exist for a long time and may surpass our existence.

5. As a scandalous symbol

During the 1950’s the famous red nail polish today is considered very loud or ‘promiscuous’ that churches banned women from worshiping during Sundays if they have nail polish. Even in the Victorian era, in the British empire of Queen Victoria, women with nail polish are sinful or considered as prostitutes.

Nail polish is a lacquer and it is stated that Revlon had started it in the 1920’s. It is actually a refined car paint, that is why its difficult to create a natural polish.

7. Nail polish does not stay long

If the remover does not have expiration, this one has expiration. Nail polish only have a 1 year shelf life.

8. Most expensive nail polish in the world

In 2012, it was noted that the most expensive nail polish was made by Azature, it costs about $250,000. This Black Diamond Nail Polish has 267 carats of black diamonds, considered as a luxury lacquer in the world.

And also the second one in the range is Gold Rush couture nail polish also made by Azature and cost $130,000 made in 2011.

9. Wearing nail polish does not actually protect our nails

Studies showed that nails are ‘living tissue’ and applying nail polish frequently may result to dryness. The content in nail polish can dry out the nails making it brittle and yellowish, thus making it more prone to infection.

The 2012 sales of nail polish had grown, with over 32% gain over 2011. Studies showed that this is due to the increase in nail art and production of different range of colors.

The Healing Wonders of Himalayan Salt

Things That Increase Your Risk of Pneumonia

Abrupt Switch From Processed to Organic: Will a Sudden Desire to Go Healthy Make You Sick?