Home Remedies for Cola Stains on the Teeth 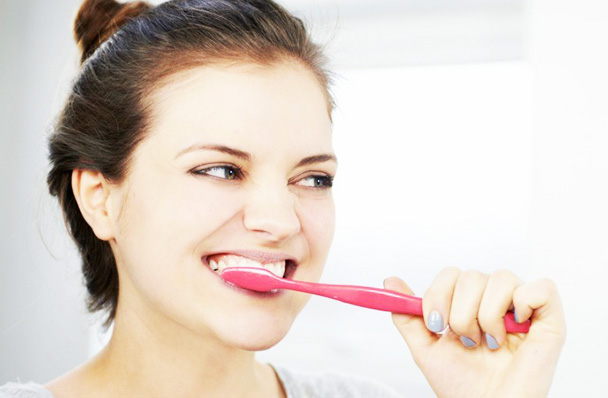 Areas with the Most Fats and How to Fix Them

Take Note of These Beauty Uses for a Toner

Can’t say no to cola? Then it’s probably the reason why you can’t flash your smile more often. The consumption of cola is something that can leave your pearly whites discolored, and it can also definitely leave your health in peril — but that’s another story. In this article, we will talk about some of the best ways to remove soda stains on your teeth.

But first let’s discuss why soda can make your pearly whites look more like off whites.

According to dentists, there are 3 reasons why the regular (or even the occasional) intake of cola can stain your teeth:

Cola and other fizzy beverages are highly acidic — they can cause your enamel to weaken. You see, the enamel’s task is not only to protect your teeth, but also make it appear white.

There’s tons of sugar in cola, and everybody knows that sugar is something that can promote bacterial and plaque formation, resulting in enamel weakening and damage.

Chromogens give cola its characteristic dark coloring, and it can actually easily bond with enamel that is weakened by acid and sugar, thus causing your chompers to appear stained.

So if your teeth are no longer flawless white because of your cola-drinking habit, then read on. The following are some of the steps that you may take in order to bring back the whiteness of your chompers:

Moisture can make the bristles of your toothbrush extremely soft, rendering them powerless against those tough cola stains. That’s why you should try dry brushing your teeth once in a while to effectively get rid of that discoloration. Still it’s important to use a soft-bristled toothbrush to save your enamel from being damaged.

Also Read   Zinc Rich Foods to Add to Your Diet

A lot of people who are bugged by cola-stained teeth swear by the effectiveness of using salt in place of toothpaste. As a bonus, salt kills off bacteria in the mouth, thus lessening one’s risk of plaque and bad breath. However, be very gentle because the coarseness of salt can cause your teeth to become eroded.

Using salt for removing those cola stains can be quite uncomfortable for people with tooth sensitivity. If you’re one of them, fret not because you can use baking soda as an alternative to salt. Adding a few drops of 3% hydrogen peroxide to baking soda is said to help remove unsightly cola stains much more effectively.

Snacking on crunchy foods such as apples, pears, carrots and celery sticks can help in reducing the amount of cola stains. That’s because their fiber content plus the masticating action you have to perform help in brushing away those very noticeable blemishes left behind by cola.

Cannot completely turn your back on cola? Then consider using a drinking straw each time you want to have a dose of your favorite beverage. This tip helps in keeping cola from coming into contact with your teeth. After drinking soda, rinse your mouth with water. But for the sake of your teeth and health, too, ditch cola for good!

Still not happy after trying out these home remedies for cola stains on the teeth? Then set an appointment with your dentist — he or she is the one who can professionally get those stains removed.

Are You Going to Go Gray?

Telltale Signs That You May Have Endometriosis

Bring Back Your Booty with These Exercises

Tips on How to Deal with Summer Pregnancy

Remedies for Yellow Fever that You Can Find at Home