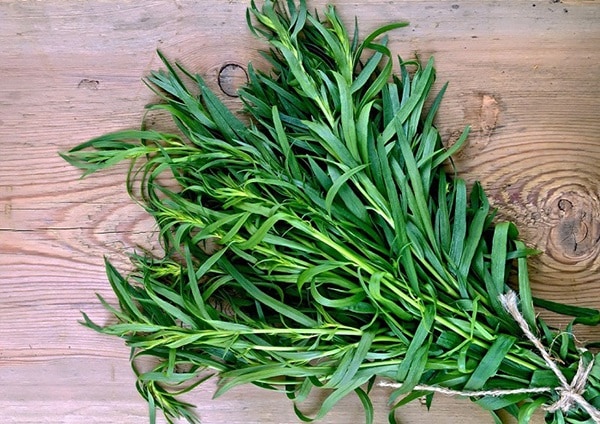 Home Remedies for a Jammed Finger

What Your Nails Say About Your Health

Tarragon is one of the herbs commonly used today. With the scientific name of Artemesia dracunculus, the plant is also known as estragon. A perennial herb in the sunflower family, it is cultivated for both culinary and medicinal purposes. The following are its health benefits.

Tarragon is rich in vitamins and minerals. According to Nutrition and You, the plant is rich in vitamins A, B, and C. Vitamin A is good for the eyesight and the integrity of the skin and the mucus membranes. Then, vitamin B promotes the functions of the brain, which include learning, thinking, memory, and sensation. Meanwhile, vitamin C raises the body’s defenses against infection and illness. Also, it promotes the function of collagen, a substance that acts as cement and binds loosely connected cells and tissues.

Tarragon is friendly to the teeth. According to Herb Wisdom, the plan, specifically the Turkish variety, contains antioxidants, which aid in the neutralization of free radicals in the body. This way, the plant will be able to prevent cell damage, in addition to the action of selenium, which prevents cell damage  by releasing antioxidant enzymes. This way, unwanted and toxic substances for the body will be eliminated.

Also Read   Consume These to Get Rid of Acne

Along with the actions of the mineral zinc, tarragon also helps the digestive system in other ways. According to Diet Health Club, the plan activates the action of the digestive system and it also promotes a person’s appetite. Then, it also aids promote metabolism by releasing digestive juices and activating co-enzymes that act as catalysts during the digestive process. In addition, it helps relieve various gastrointestinal issues, such as dyspepsia, hiccups, constipation, flatulence, and anorexia.

To prepare, as per the publication, a grill is preheat to medium heat and is lightly oil grated. Then, the tarragon, mustard, garlic, lemon juice, and honey are whisked in a small bow. Next, the chicken breasts are patted dry with a paper towel. After that, one side of each breast is coated with mustard sauce. Then, the chicken is placed and is coated side down on grill. Once done, It is covered with remaining sauce and grill lid is closed. The chicken is turned over after ten minutes and the chicken breasts are cooked for about 20 minutes, until they are no longer pink in the center and the juices run clear. Also, an instant-read thermometer placed at the center should also read at least 74 degrees Celsius. As per the publication, aluminum foil can also be used to preserve the food’s moisture, cook it thoroughly, and clean it up faster.

Tarragon is considered a healthy option for meals, due to its multiple benefits to health. Thus, its addition to various meal recipes helps promote a person’s health and well-being.

What is the Pegan Diet?