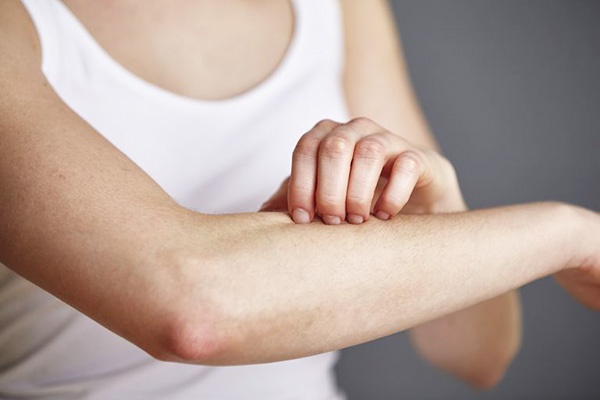 What’s so Good About Cupping Therapy

Reasons Why It’s Bad to Have a Bad Posture

If you think that ulcers can only form in your stomach, better think again. The truth is they can also form on your skin. Because they are associated with some really serious complications, it’s important to deal with skin ulcers properly. Getting to know some of the most important things about them is an integral part of the battle.

Keep on reading to know the causes and signs and symptoms of skin ulcers, as well as how they’re treated.

Make sure that you share this article on your various social media accounts afterwards so that your family members and friends may also check out some essential matters about skin ulcers.

The truth is there are a bunch of different types of skin ulcers. They vary based on their cause. Sometimes they show up because of impaired blood circulation, while in some instances they appear as a result of nutritional deficiencies.

Here are some of the most common causes of skin ulcers:

A simple cut or abrasion can become a skin ulcer if bacteria invade it.

There are a couple of reasons why skin ulcers are very common among people with diabetes. First, high levels of glucose in their blood can delay the healing process. Second, loss of sensation in the feet or legs due to what’s called diabetic neuropathy can keep a person with diabetes from knowing or noticing that there is an open sore present.

Skin ulcers can show up as a result of problems concerning the veins situated between the knees and ankles. In fact, health authorities say that they’re the most common forms of skin ulcers.

Individuals who spend a lot of time in beds or wheelchairs are prone to developing skin ulcers on areas of the body that receive constant pressure due to a decrease in blood flow.

Being deficient in nutrients necessary for proper skin healing or a strong immune system can increase one’s risk of having skin ulcers.

One of the things that differentiate a simple wound from a skin ulcer is that a skin ulcer looks like a crater. The area around the crater-like wound tends to appear thickened, swollen and reddened.

Skin ulcers look painful because they are in fact painful. That’s because most of the time it’s not just the outer layer of the skin that’s affected, but also the layer underneath it.

However, it’s important to note that skin ulcers sometimes do not cause any pain. This is especially true if they appear on the legs of people with diabetes. Just like what’s mentioned earlier, diabetic neuropathy that’s very common among individuals who suffer from diabetes can cause decreased sensation in the lower extremities.

No matter the cause of a skin ulcer, one thing remains true and that’s it tends to heal very slowly. Drainage or pus may also be present, which is a sign of an infection.

In treating skin ulcers, antibiotics are often prescribed in order to control the infection and thus facilitate healing. If the skin ulcers are painful, the intake of painkilling medications may be recommended, too. There are instances in which surgery is required in order to encourage healing.

Home care for skin ulcers include:

Changing the bandage as necessary

Keeping the skin dry and clean

Raising the area higher than the level of the heart

Frequent repositioning of the body

Having a well-balanced diet

It’s important to treat skin ulcers promptly and effectively. Otherwise, some serious complications may strike. Some of them include cellulitis, gangrene, bone and joint infection, and sepsis.

Sourceverywellhealth.com
Previous articleHow to Lower Your Risk of Appendicitis
Next articleFoods that Make Your Hair Fall Flat

Tips on Getting Rid of Bikini Bumps

Common Signs That Happen When You Go into Labor