How To Boost Strength With Meals 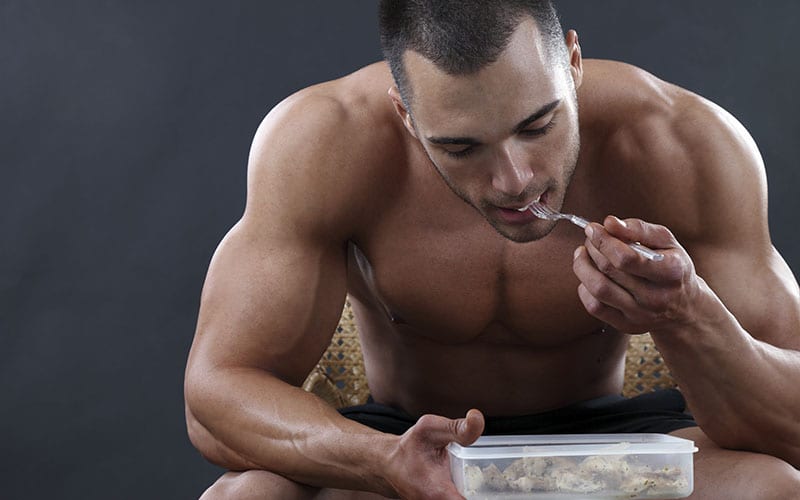 Foods to Turn Away From If You Suffer From Back Pain

Nutrition plays a key role in making the body strong as food provides energy and energy gives strength. In the field of dietetics, the interplay among the macronutrients carbohydrates, protein, and fats boost a person’s energy. Carbohydrates are the main sources of energy. In absence of carbohydrates, the body gets its energy from fats. When there is low level of carbohydrates and fats, the body will utilize protein as its source of energy.

In line with boosting strength with meals, the following meal recipes can supply the body the macronutrients that it needs.

Sweet potatoes are great sources of carbohydrates, in addition to bread, rice, potatoes, cereals, and pasta. They are also part of the meal plan of those people who train to bulk and become lean. According to All Recipe, the ingredients include four sweet potatoes, one eight-ounce package cream cheese, a tablespoon of olive oil, one pinch cayenne pepper, ground black pepper, a cup of mini marshmallows, one-fourth cup of unsalted butter, and salt.

To prepare, an oven is preheat to 400 degrees Fahrenheit or 200 degrees Celsius and a baking sheet with parchment paper is lined. Then, olive oil is rubbed onto the outside of each sweet potato and sea salt is sprinkled over each. Next, they are arranged on the prepared baking sheet. After that, the sweet potatoes are baked for 50 to 60 minutes until a sharp knife easily pierces the potato. Once done, they are allowed to cool for ten to 15 minutes.

Also Read   Should You Brush Your Teeth Right After Eating for a Perfect Smile?

Meanwhile, butter is melted in a saucepan over medium heat for five to eight minutes until it becomes brown and smells nutty. Then, the potatoes are sliced in half lengthwise and the insides are scooped into a large bowl. The browned butter is also added, along with the cream cheese, half teaspoon of salt, black pepper, and cayenne pepper; the ingredients are mashed with a potato smasher until smooth. After that, the mixture is spooned back into the sweet potato skins and is topped with one-fourth cup marshmallows. Finally, the potatoes are placed back onto the baking sheet and are baked for about ten minutes until warmed through and the marshmallows are toasted.

To prepare, an oven is heated to 200 degrees Celsius and oil is heated in a large casserole with a lid. Then, the chicken pieces are fried (in batches) for five minutes on each side until they become well browned. Once done, they are transferred to a plate. Next, the bacon is sizzled in the casserole for a few minutes until they begin to crisp. Then, the carrots and onions are stirred in and cooked for five minutes until they begin to soften. After that, the flour and tomato puree are also added and cooked for a minute more. Then, the vinegar is added and the food is stirred well.

Also Read   The Good and the Bad Alcohols for Your Skin

Meanwhile, the stock is poured and is brought to a simmer. Then, the cream, bay leaves, and seasoning are added. After that, the chicken pieces are slid in and scattered over the potatoes, tossing them well to coat. Next, the lid is put on and is placed in the oven, for 40 minutes. After that, the food is removed from the oven and the mushrooms are stirred in. The dish is covered again and is cooked for ten minutes more until the chicken is cooked through and tender. Finally, herbs are sprinkled on the dish prior to serving.

Overall, carbohydrates, protein, and fats give energy to the body; so boosting one’s strength is easy if they are all present in one’s meal. Aside from proper nutrition, a person’s overall strength is also achieved through regular exercise and adequate rest.

Save Yourself from Stress!

Unusual Solutions for an Oily Scalp

What NOT To Eat When You Have Diarrhea

Should You Welcome Balut Into Your Diet