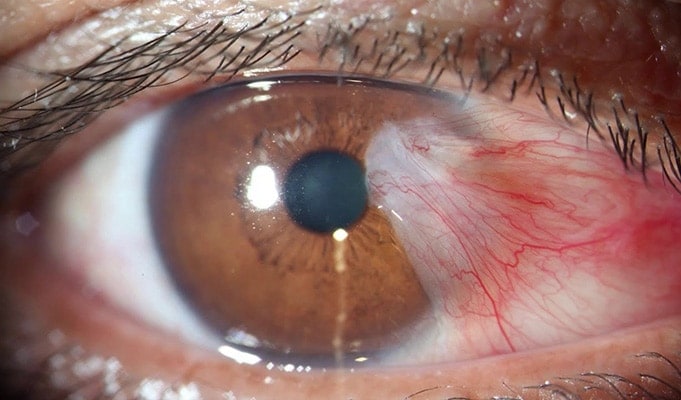 Although it definitely looks scary, pterygium is usually nothing serious. This condition refers to the growth of fleshy tissue on the conjunctiva, which is the transparent mucous membrane that lines the eyeballs as well as the inner portions of the eyelids. Sometimes the growth may also extend to the clear covering of the iris and pupil, the cornea.

Pterygium is also known as “surfer’s eye”. However, this eye problem is not exclusive to those who love to surf — just about anyone who spends a great deal of time outdoors and especially under the sun without eye protection are susceptible to having it. Read on to learn more important matters about pterygium.

According to medical experts, pterygium can be caused by excessively exposing the eyes to UV radiation. Naturally, someone who is under the sun all the time is at high risk of getting it. The use of tanning beds or exposing one’s self to anything that emits UV radiation may also end up with pterygium.

It is said that exposure to dust, wind, pollen, smoke and others that can irritate the eyes may trigger the formation of pterygium, too. Constant dryness of the eyes may cause the problem to transpire as well.

Naturally, living in or near the equator is regarded as a risk factor due to the fact that it exposes the individual to plenty of sun and UV radiation that it emits. Based on scientific investigations, pterygium is more commonly seen in males, in particular those who are between 20 and 40 years of age.

Pterygium usually does not produce any symptom. In other words, someone who has it may see that there is a weird growth in his or her eye, but not feel its presence.

However, there are cases wherein pterygium comes with a bunch of symptoms. For instance, the individual who has it may feel like there is something stuck in the eye. Some people report a feeling of grittiness, like there’s sand in their eyes. Itchiness and a burning sensation are also sometimes felt. In addition, the eyes may appear reddened.

Earlier, it was mentioned that the fleshy tissue may also extend to the cornea. Such can cause the said part of the eye to be distorted, causing the blurring of vision.

Although it doesn’t happen all the time, someone who has pterygium may experience blurring of vision, particularly when the eye problem also involves the cornea. A person who wears contact lenses may not be able to do so if he or she has pterygium, because the fleshy tissue may cause the cornea to become distorted.

In rare instances, the growth may leave the cornea cut or scarred. When this happens, it is very much possible for the individual with pterygium to suffer from loss of vision.

Especially if there are no accompanying symptoms or complications, pterygium usually requires no treatment. No, the growth will not go away on its own. However, it is possible for the person with it to elect to have the fleshy tissue removed by a doctor surgically.
Speaking of which, surgery is warranted if the individual is at risk of losing his or her vision because of pterygium. The bad news, according to medical professionals, is it’s possible for the growth to return after surgical removal.

Also Read   What is the Selfie Syndrome?

In order to ward off pterygium, the eyes have to be protected from excessive UV radiation emitted by the sun. Such can be done by the wearing of eye glasses and even hats when outdoors. It is also a good idea to shield the eyes from contact with irritants, such as dust, wind, pollen, smoke.

Someone who already has pterygium should have his or her eyes protected from the sun and irritants in order to help prevent the eye condition from worsening. Doing these preventive measures can also help the growth from coming back after it’s been surgically removed.

Sourceemlctiruvalla.com
Previous articleMorning Stretches that You Should Start Doing Right Now
Next articleSnacks You Can Eat After 8PM

8 Post-Workout Mistakes You Should Avoid

Reasons Why It’s Bad to Have a Bad Posture

Korean Home Remedies for a Headache

Foods to Dodge If You Have Iron-Deficiency Anemia