Can You Have Type 2 Diabetes Even If You’re Thin? 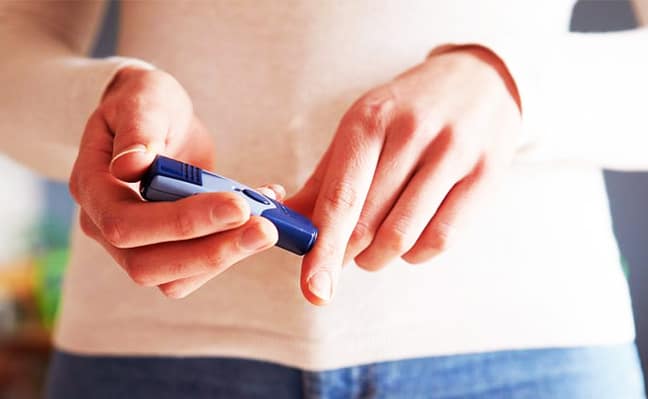 So if you’re praised by everyone else because of your svelte body, refrain from assuming that you’re off the hook — you’re still at risk of battling type 2 diabetes just like someone who has a bigger waistline.

Keep on reading to know why it’s still very much possible for you to end up with type 2 diabetes despite of being thin. Also, don’t forget to share this article on your various social media sites afterwards to that your slim or normal-weight family members and friends may also get to check out the details found below.

According to health authorities, about 80 percent of all people who are obese or overweight suffer from type 2 diabetes. So in other words, the disease is more common in people who are carrying lots of unnecessary pounds.

It doesn’t really come as a big surprise because one of the risk factors for type 2 diabetes — things that can increase a person’s chance of battling type 2 diabetes sooner or later — is being obese or overweight.

Experts say that the reason why being obese or overweight can cause type 2 diabetes is this: excess fat in the body can have an unfavorable effect on how the cells respond to insulin in the bloodstream. In other words, being overweight or obese can cause insulin resistance.

Just like what the name says, insulin resistance is characterized by the refusal of the cells to react accordingly to insulin — a hormone secreted by special cells in your pancreas and is tasked at regulating the levels of sugar in the blood by encouraging some of them to enter the cells to be used as energy.

The accumulation of sugar in the bloodstream, needless to say, causes high blood sugar which is something that can cause type 2 diabetes to come into being.

A few reasons exist why some people may be thin but still suffer from insulin resistance and ultimately type 2 diabetes. One of those is because of what’s referred to as being skinny fat — a person may look thin but he or she has excess fat in the waistline, and that’s enough to trigger insulin resistance.

Did you know that type 2 diabetes runs in families? If you have a family member who is diagnosed with type 2 diabetes, then there’s a huge possibility for you to also suffer from the said disease — even if you’re skinny.

If you are a smoker, it’s also not unlikely for you to end up with type 2 diabetes one day even if you’re not obese or overweight. Since nicotine in cigarette is a stimulant and smoking has appetite-suppressing properties, many smokers are thin. However, the act of smoking is in fact regarded by the experts as a risk factor for type 2 diabetes.

Leading a stressful life can also keep you from being obese or overweight especially if you tend to skip meals due to the loads of duties and responsibilities you have to accomplish daily. However, stress is something that can cause the levels of your blood sugar to increase — as discussed earlier, having elevated blood sugar can cause type 2 diabetes to strike.

Regain your Inner Peace and Calm with these 6 Herbal Remedies

Signs You May be Suffering From a Sleep Disorder

5 Reasons Why You Should Eat Seaweed