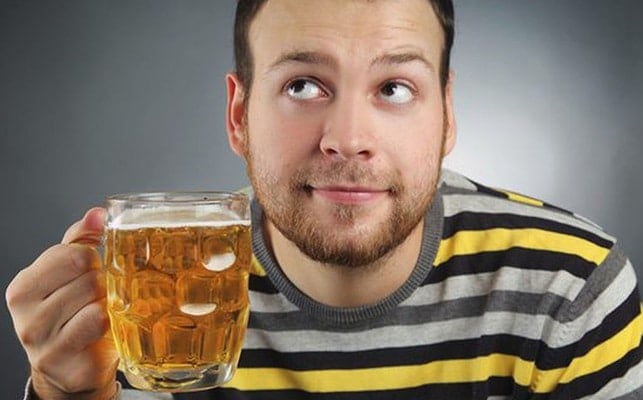 Do you have asthma and are you wondering if the occasional drink can exacerbate its symptoms? Here’s a quick answer: yes, drinking alcohol can in fact do that. However, there certain alcoholic beverages that keep such from happening, based on numerous studies.

There are a handful of reasons why the consumption of alcoholic beverages can trigger an asthma attack. Read on to know some of them.

Acid reflux means that stomach acids climb up the esophagus, causing all sorts of symptoms such as heartburn and a bitter taste in the mouth. Also, those stomach acids may enter the trachea, leaving it irritated. However, it’s not just alcohol that can trigger acid reflux and eventually an asthma attack. Such may also happen after the consumption of a large meal, as well as the intake of foods that are acid reflux-triggers, like greasy, fatty and spicy ones.

Experts say that alcoholic beverages have diuretic properties, which means that they can cause fluids in your body to be excreted, leaving you dehydrated. Your entire body becomes deficient in water, including your airways. According to respiratory experts, it’s something that can cause asthma to strike.

Do you notice that your tummy sometimes feel bloated after the consumption of alcohol especially in large amounts? This is because of excess gas formation that is triggered by alcohol. If you have asthma, you certainly don’t want to end up with excess gas — having lots of gas in the intestines can apply unwanted pressure on the respiratory system, which can definitely make it harder to breathe especially when you’re having a bout of asthma.

Also Read   What Your Menstruation Tells About You

During the fermentation process that alcoholic beverages go through, certain histamine-like chemicals are produced. The name alone pretty much explains that the said chemicals mimic the action of histamines, which are compounds synthesized by the body in response to inflammation and allergies. Needless to say, the introduction of those histamine-like chemicals to the body by means of certain alcoholic drinks can trigger asthma.

What Many Studies Actually Say

Based on numerous studies, red wine is the biggest trigger of asthma in people suffering from the respiratory condition because of the high levels of sulfite preservatives and histamine-like chemicals in them. On the other hand, studies say that white wine and sparkling wine exacerbated asthma symptoms in only a few of the asthmatic participants.

Studies have also shown that beers are alcoholic beverages that commonly triggered an attack in many people with asthma. Aside from the fact that beers contain sulfite preservatives and histamine-like chemicals, they also have plenty of sugar in them. Experts say that sugar can cause excess gas formation as a result of bacteria in the gut feasting on it. Just like what’s mentioned earlier, excess gas is something that can apply an upward pressure, making it harder for someone who has asthma to be able to breathe properly.

Aside from red wine and beer, a lot of mixers can trigger an asthma attack due to the sulfite preservatives in them. It is said by these studies that spirits are less likely to exacerbate the symptoms of asthma.

Sourcelivestrong.com
Previous articleHealth Benefits of Tarragon
Next articleExfoliate Skin with These Tips

Beauty Trends to Watch Out For in 2019

10 Simple Ways to Spice Up Your Coffee