Do You Get a Headache After Eating Something Sweet? Here’s Why 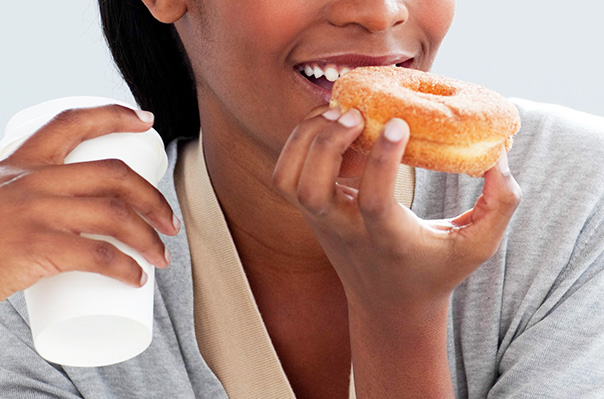 Causes, Symptoms, Treatment and Other Matters About Hashimoto’s Disease

How to Tighten Skin After Giving Birth

To date, medical experts are not sure why a headache happens, but they do have lots of things that they associate with such phenomenon. Illnesses, hormonal imbalance, stress, anxiety, depression and dehydration are some.

Did you know that eating too much sweet stuff can also leave you with a terrible headache?

Actually, there is a name for that: holiday headache. It got its moniker from the fact that a lot of people experience it during Halloween, Easter, Christmas, New Year and other holidays in which sugary foods come aplenty. But there need not be a celebration just for you to wind up with a holiday headache — it’s something that you can be bugged with at any given time or day, provided that you are stuffing your face with foods that contain lots of refined sugar.

Cupcakes, muffins, cookies, ice cream, sundaes and sodas — these and so many others are undeniably pleasing to the taste buds, but they are also loaded with refined sugar. And that’s why on special occasions where these treats are available in sheer abundance, having a headache is a commonplace.

No, that headache that can come after consuming lots of sugary goods does not stem from feeling guilty about ruining one’s figure and overall health. According to experts, a holiday headache can be due to a couple of reasons:

Are you aware that too much sugar can cause your body to become dehydrated? And did you know that one of the most common causes of a nasty headache is dehydration?

When you eat tons of sugary stuff, your bloodstream becomes saturated with glucose, which is the primary source of energy for your cells. However, it’s not normal for excessive glucose to be circulating in your body at a given time.  And so to get rid of the excess, water is pulled out from different sources and dumped into the bloodstream to accelerate the removal of excess glucose by means of the kidneys.

It’s exactly for such reason why people with diabetes tend to urinate more often than normal — their bodies are trying to constantly control the levels of glucose in the bloodstream.

Refined sugar is man-made sugar, so it’s not supposed to exist in nature in the first place. And just like so many other things that are synthetic, consuming too much of refined sugar can be toxic to the body.

There are all sorts of negative effects that can take place if you happen to flood your system with lots of refined sugar. For one, it’s something that can trigger an inflammation to strike. According to medical professionals, there are simply so many problems that can be linked to inflammation, and an awful headache is one of them.

But a bad headache should be the least of your concerns because inflammation is also often the culprit behind numerous serious health problems, and diabetes, obesity, cancer and heart disease are just a few examples.

That headache you tend to get after consuming stuff loaded with sugar doesn’t seem so bad now, right?

Sourcehealth.com
Previous articleUnbelievable Health Benefits Offered by Niaouli Essential Oil
Next articleSigns That You May Have Keratitis, an Eye Problem That Can Lead to Blindness

Fight Heart Disease, Diabetes, and Cancer with these Alkaline Foods