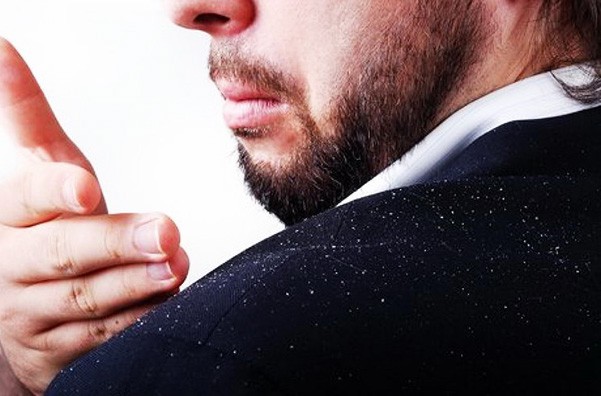 Tips on How Co-Sleeping Can Be Beneficial to You

Dandruff is a scalp condition characterized by flaking of the skin of the scalp. While it is not severe and contagious, it affects a person’s self-confidence and interaction with others. As a result, people end up searching for ways to counter the problem. The following are the causes, signs and symptoms, and home remedies for dandruff.

The presence of dead skin cells on the scalp is a cause of dandruff. According to Med Broadcast, skin cells are progressively produced on the scalp, so dead skin cells have to be shredded; this is a normal process. But then, a person with dandruff has faster skin cell shedding than usual. The scalp has oil which causes clumping of dead skin cells, which results to white flakes. As per the publication, dandruff can also be caused by sensitivity to hair products, dry skin, and skin disorders like eczema, psoriasis, and seborrheic dermatitis. Yeast overgrowth, which is secondary to excessive oil, hormonal imbalance, stress, and immune system issues, may also lead to dandruff.

Dandruff presents several signs and symptoms. According to Web MD, these include skin flakes that range from small and white to big, yellow, and greasy. A person who suffers from the condition may also experience itchy flaking, which appears on the scalp or eyebrows, around the hairline, nose, and ears; or in the center of the chest or back. As per Med Broadcast, newborn babies who have dandruff may present a thick and crusty rash on the scalp; it is called cradle cap.

Also Read   How to Get Lovely Smooth Hands

While shampoos are now available in the market to combat dandruff, some home remedies are also available as supplemental management for the condition.

Also called neem, Indian liliac serves as one of the known remedies for dandruff. According to Top 10 Home Remedies, the plan has antibacterial and antifungal properties, which also combats other skin and hair problems, such as itchy scalp, scalp acne, and hair fall. As per the publication, the person boils a handful of lilac leaves in four cups of water. Then, he cools and strains the solution. After that, the mixture is used as hair rinse two to three times every week.

Baking soda is one of the popular ingredients when it comes to home remedies, from teeth whitening to dandruff treatment. According to Reader’s Digest, baking soda leaves the scalp free of flakes and itch by reducing overactive fungi that cause dandruff. As per the publication, the person just has to wet his hair and rub a handful of baking soda powder into the scalp. the hair is not shampooed, but is then rinsed. It is noted that the hair may become dry initially, but soon it will start producing natural oils.

The blend of coconut oil and lemon juice also helps fight dandruff without using harsh chemicals. The oil prevents drying of the scalp while the lemon juice acts as weak acid, which eliminated the debris and fungi on the scalp. As per Reward Me, the person heats two tablespoons of coconut oil and then mixes it with equal amounts of lemon juice. Next, he massages his scalp gently with the mixture. Finally, the scalp is left with the mixture for 20 minutes before rinsing it off with shampoo.

Also Read   Embarrassing, Dark Areas on Your Skin? The Best Remedies are Natural

Dandruff is the flaking of the skin scalp, which is associated with other medical condition or skin problems. Since it may cause embarrassment, it is vital to manage the condition, along with home remedies. If the condition persists, medical consult can be done for assessment, planning, intervention, education, and outcome.

Get Clear Skin at Home the Natural Way