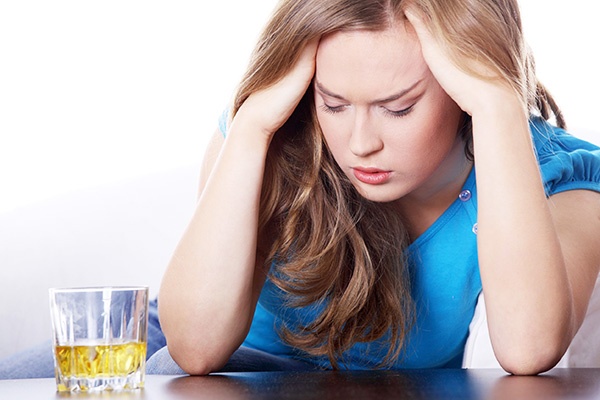 How to Squat Properly

If you think that a nasty hangover is the only problem that excessive consumption of alcohol can bring, better think again. According to health authorities, chronic alcoholism can be linked to over 60 different types of health problems! However, in this article we will discuss only some of the most common health complications of abusing alcohol.

Especially if you have family and friends who tend to drink alcohol too much, feel free to share this article on your various social media sites to get them acquainted with a few of the scary health nightmares that they could face one day.

Once inside your body, alcohol is converted into acetaldehyde which is a carcinogen or something that can cause cancer to strike. Doctors say that the types of cancer associated with the intake of too much alcohol include those that involve the oral cavity, throat, larynx or voice box, esophagus, liver, colon and breasts. Especially if you are an alcoholic and a smoker, too, experts say your cancer risk is even higher.

Even though health authorities say that moderate consumption of alcohol (2 glasses per day for males and 1 glass per day for females) offers a number of heart perks, too much of it can actually increase a person’s risk of having heart disease. For instance, alcoholism can cause an increase in the blood pressure, which is a risk factor for heart disease. Drinking too much alcohol can also lead to elevated cholesterol levels, another heart disease risk factor.

Simply put, anemia is a condition in which the number of red blood cells or RBCs, which are blood components that transport oxygen molecules from the lungs to the various parts of your body, is abnormally low. There are many different things that can cause anemia, and one of them is heavy drinking. Because your cells and tissues are deprived of much-needed oxygen, anemia can cause symptoms such as dizziness, fatigue and shortness of breath.

Also Read   Detoxifying Foods to Add to Your Diet

It’s no secret that many people who are suffering from depression turn to alcohol in order to attain relief. However, some experts believe that sometimes it is the other way around — drinking alcohol excessively can cause depression. In fact, there are numerous studies saying that depression improves if the intake of alcohol is reduced. No matter the case, it cannot be denied that there is a link between a person’s mental health and excessive drinking.

There is a form of arthritis that is due to the formation of sharp-edged uric acid crystals in the joints, most especially in the big toe, and it’s called gout. Needless to say, it’s a very painful and oftentimes debilitating condition. Although it’s a fact that gout runs in the family, it can also be blamed on a person’s diet. For instance, experts say that drinking too much alcohol can cause gout to strike. They add that alcoholism can aggravate pre-existing gout.

Cirrhosis of the Liver

Because it is the liver that metabolizes any amount of alcohol that you consume, it doesn’t come as a huge surprise why this vital organ can be greatly affected by alcoholism. Toxins in alcohol can in fact cause scarring of the liver, a condition known as cirrhosis. Sometimes the liver tissue can end up too scarred for the organ to function properly. However, experts are confused because they say that not everyone who drinks a lot ends up with cirrhosis of the liver.

Also Read   What Do You Get When You Eat Bamboo Shoots?
Sourcemylastdrunk.com
Previous article
Reasons Why Having High Blood Sugar is Bad for You
Next article
Remedies to Combat Dry Skin

DIY Face Masks in Your Kitchen