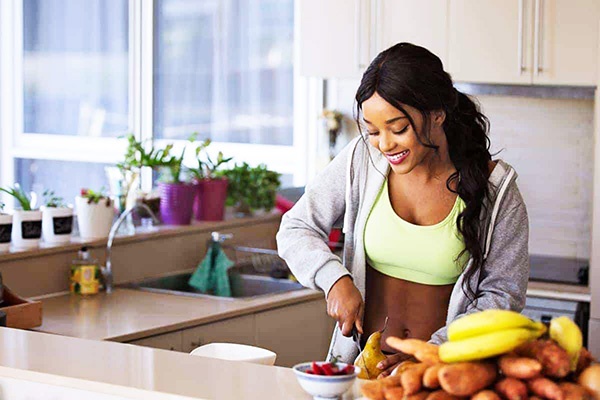 Tips on Getting that Perfect Bronze Glow

How to Properly Disinfect Your Living Space after an Illness

Snacks to Avoid When You’re Trying to Lose Weight

Time and again, you’re told that you have to eat less if you want to weigh less. But what if you’re told that eating certain foods more can actually help you shed off those excess pounds effectively?

Read on to learn more about negative calorie foods — foods that are deemed to promote weight loss when consumed.

Before you proceed, let’s get one thing straight: just about anything you eat contains calories — with the exception of water as well as unsweetened teas and black coffee. Some foods have a lot of calories, while others have a lot less. Then there are those that contain very few calories that digesting and processing them actually require your body to expend more energy, which is an important component to weight reduction.

These foods that are said to require more calories to be processed and digested than they can yield are the ones that are referred to as negative calorie foods.

In theory, eating nothing but these negative calorie foods can make you lose weight since the calories they supply are immediately used up by your digestive system — plus more, thus creating what’s referred to as a calorie deficit which is what dieting and exercise do in the first place in order for you to slim down.

One of the most well-known negative calorie foods on the face of the planet is celery — a cup of chopped up celery sticks yield about 14 calories only, and up to 95 percent of its serving is nothing but water.

Another popular negative calorie food is cucumber, which contains fewer calories that celery — there are only 8 calories in a cup of cucumber slices. Other negative calorie foods that are believed to make you lose weight simply by consuming them include carrots, lettuce, cabbage, watermelons, tomatoes, broccoli and apples.

Unfortunately, scientists say that the consumption of negative calorie foods won’t be enough to make you drop those excess pounds.

While it’s true that negative calorie foods do contain significantly less calories than most others, the fact that the energy expended by your body just to have them digested and processed is not substantial enough to promote weight loss. So in other words, focusing on nothing but negative calorie foods won’t really give you a slimmer body.

Some proponents suggest that it’s not just the process of digestion that make negative calories very good at encouraging weight reduction, but all the chewing action that you have to do before you swallow them — a lot of negative calorie foods are fibrous, and masticating them surely requires a lot of muscle action that burns calories.

Yes, it’s true that chewing on negative food calories does burn calories, but experts say that the amount is really not that impressive. Per hour of chewing, you get to burn only 11 calories per hour.

According to experts, in order to shed off 1 pound per week you have to burn a total of 3,500 calories weekly. So if you do the math, chewing negative calorie foods on a 24/7 basis — even while you’re fast asleep, if that’s even possible — is not really enough to make you drop a pound per week.

Also Read   Tips on How to Keep Your Makeup Last Longer

This does not mean, however, that the consumption of negative calories food won’t help you turn your dream figure into a reality. Do take note that they are very low in calories, plus they are rich in water and fiber. So in other words, they feel heavy on your stomach, which is something that can help save you from consuming more foods than necessary — overeating can definitely keep you from losing those unwanted pounds.

So to sum up: negative calorie foods can help you lose weight, but not in the way that most people think.

Sourcethesavvycouple.com
Previous articleTips on How to Prevent Dry and Chapped Lips
Next articleBest Homemade Hair Care Women Should Know

A Fresh And Clean Inside Means A Slim and Sexy Outside

Top Unhealthy And Dangerous Fashion Trends That You Must Stop Immediately