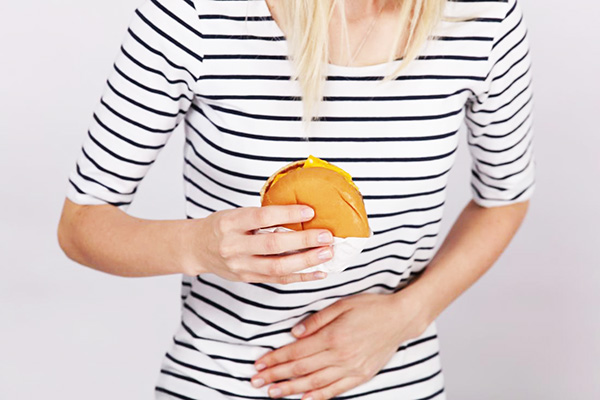 Steps on How to Make the Best Salad

Nail Care Tips for the Winter

Eating more food than usual in one sitting can definitely leave your stomach feeling achy. But if eating moderate amounts of food also causes you to experience stomach pain, then something is definitely wrong. At times it can be managed through some home remedies, other times it warrants medical attention.

So if your stomach hurts each time you eat and you don’t know the reason behind it, it’s a good idea to pay your doctor a visit so that he or she may help you identify the problem and provide the right treatment, if necessary.

Let’s now take a look at some of the most common reasons for stomach pain after eating:

It’s one of the probable reasons why your stomach hurts after eating. Acid reflux is something that needs to be addressed properly. Otherwise, it may end up being gastroesophageal reflux disease of GERD. You don’t want to have this digestive condition because it can leave you in distress most of the time, and it can cause damage to your esophagus, too.

Your immune system is there to protect you from invading microorganisms. Sometimes, however, it misfires and tries to fight off something that it should not supposed to eliminate.

This is basically the reason behind food allergies — your immune system mistakes certain foods for enemies that need to be eradicated. And when it does, a variety of symptoms may show up, including stomach pain. Some common food allergies are eggs, fish, shellfish, milk, soy and nuts.

A lot of people confuse food sensitivity with food allergies. In a nutshell, a food allergy (also sometimes called food intolerance) is your digestive system not agreeing with some of the foods you eat.

Each time you consume anything that contains something you are sensitive to, such as lactose, your digestive system has a hard time processing it, leading to irritation. As a result, your stomach may hurt. Other symptoms you may encounter include nausea, vomiting and diarrhea.

Short for irritable bowel syndrome, IBS is basically the irritation of the inner lining of the intestines. Such can be caused by the intake of certain foods that your gut doesn’t particularly like.

There are so many uncomfortable symptoms of IBS that can last for days, and one of them is stomach pain. Others are fatigue, insomnia, bloating, excess gas, and diarrhea or constipation. Doctors say that IBS does not cause permanent damage to your intestines, unlike this next common cause of stomach pain.

An inflammatory condition of the intestinal tract whose exact cause is unknown to scientists, it’s something that has no known treatment to date but can be managed through medications and sometimes surgery.

Unlike IBS which was discussed earlier, crohn’s disease causes damage to the intestines. It may also cause inflammation to various other parts of the body! Aside from stomach pain, there are so many other different symptoms associated with crohn’s disease, depending on which areas of the intestines are affected.

If it seems like your stomach hurts after consuming anything that has wheat, barley or rye, then it’s very much possible that it’s all because of what’s referred to as celiac disease.

Gluten — this is the sole culprit behind celiac disease. Gluten is the name used to refer to certain types of protein found in grains such as wheat, barley and rye, as well as triticale. If you have celiac disease and you don’t want to put up with its many unfavorable symptoms like stomach pain, your diet should be free of gluten.

How To Make Your Pimples Disappear Overnight

How to Detox Healthily

The Nutritional Benefits of Bone Broth

Slim Down With These Fruit Smoothies

How to Alleviate Aching Feet After Wearing Heels