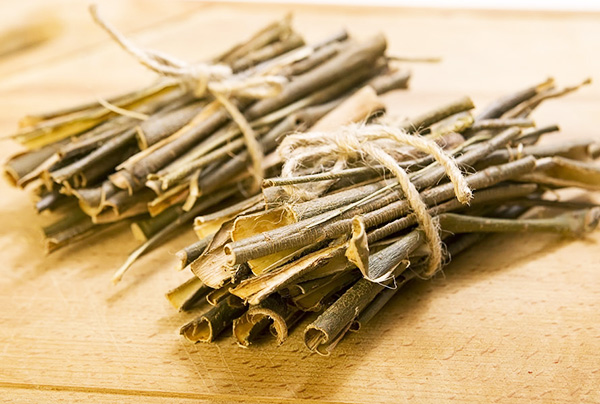 Just like what its name says, willow bark is simply the outer covering of the trunk of the willow tree. Most of the ones being sold at herbal and health food stores come from white willow tree, which is native to Central Asia and Europe but can also be found in various arctic and temperate regions of the planet.

Willow bark is commonly employed in the form of tea, in particular by allowing the chopped up pieces of the bark to steep in boiling water for several minutes. However, you can also find it in powder, capsule and tincture forms.

So without further ado, here are some of the perks of willow bark to one’s health and beauty:

For hundreds of years now, willow bark is employed for the relief of various aches and pains. Many people rely on it for putting an end to painful and swollen joints. Certain compounds in willow bark have analgesic and anti-inflammatory properties, and that’s why this herb is particularly good at dealing with anything that’s painful and swollen.

A lot of individuals who are regularly bugged by migraine rely on willow bark. According to studies, what makes willow bark beneficial for migraine sufferers is its ability to reduce pressure in the blood vessels in the brain. Willow bark is also said to work just as effectively on eliminating other types of headaches as migraine.
Fever Reduction

One of the herbs that traditional healers count on for the reduction of fever is willow bark. The presence of fever is a normal occurrence, particularly during the existence of an infection, in order to help the body fight off harmful microbes. However, high-grade fever can bring further problems, and that’s why it is oftentimes controlled.

Willow bark is also said to be capable of balancing the hormones. It’s exactly for this reason why women who suffer from premenstrual syndrome or PMS count on this herb each time. Even small amounts of willow bark is said to help ease a variety of PMS symptoms, from mood swings to abdominal cramping.

People who are suffering from all sorts of problem with the GI tract may employ willow bark. It’s something that may be taken for indigestion. Because of the incredible anti-inflammatory properties of willow bark, it may also be used for a number of inflammatory conditions of the GI tract.

Other than having anti-inflammatory properties, willow bark also has antioxidant abilities. This is why it is very good at keeping the skin healthy and young-looking, too. Whether taken orally or applied topically, willow bark is known as a superb reliever of various skin issues, ranging from fine lines to insect bites and stings.

Another known benefit of willow bark is its ability to speed up the metabolism. Due to this, it is commonly used by people who are having a hard time losing weight in the attainment of their fitness goals. However, willow bark will work best if it’s paired with healthy eating habits as well as regular exercise.

A Few Words of Caution

It’s possible for some people to be sensitive to the compounds found in willow bark. Usage should be discontinued if skin rashes, nausea, dizziness and stomach ache are encountered. Willow bark should be used with the help of an herbalist, someone who is well-versed with the use of herbs.

Also Read   The Effects of Drinking Soda to Your Health

Just like when attempting to use any other herb on the planet, it is a good idea for you to let your doctor know about your plan on using willow bark. This is especially true if you are pregnant, breastfeeding, or diagnosed with a medical condition and taking prescription drugs for it.

Here are the Top Causes of Depression

Beauty Trends From Around the World