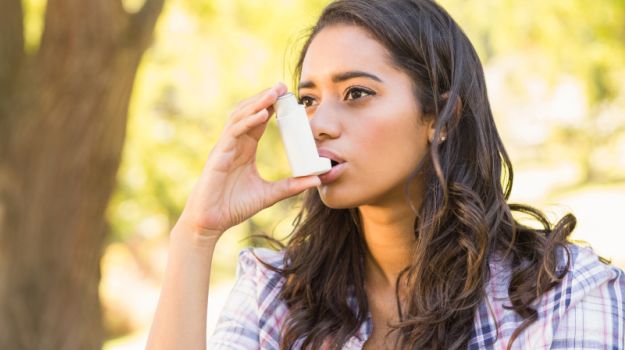 The food you eat truly cannot completely cure asthma. But several researches suggest that food could have beneficial or adverse effects for asthmatic people. If you have asthma, take note:

Food allergies can cause the symptoms of asthma, specifically the swelling and thereby the constriction of the air passages. Knowing whether you have food allergies is a great way to determine whether it’s the cause of the asthma attacks you’re experiencing. Some of the most common food that causes allergies with asthmatic symptoms include cow’s milk, eggs, peanuts, fish, wheat, soy and shellfish like shrimp, salads, and fresh fruits.

Fruits and vegetables are free from preservatives and chemicals that are believed to bring about the symptoms of asthma. They are also good sources of antioxidants such as beta-carotene, vitamin C, and vitamin E which fight cell-damaging free radicals that may cause lung irritation and inflammation.

Severe asthma is often associated with low vitamin D levels so replenishing yourself with vitamin D may just relieve you of the symptoms of asthma. You can get vitamin D from the sun, milk, eggs, and some fish.

Being overweight can worsen the symptoms of asthma. Learn to control and maintain a healthy weight so as to improve the symptoms you have.

Avoid These Chemicals in Food

Several chemicals found in food were reported to have caused the symptoms of asthma. These include:

Shellfish, much like eggs, are common food allergies that cause the symptoms of asthma. And for shellfish, people do not usually outgrow them.

Previous articleHealth Benefits of Caffeine
Next articleTips for a Lighter, Less Visible Scar

Find Out How This Food May Help You Slim Down

Raw Honey – Why is it Good for You?

Things You Can Start Doing Now to Look and Feel Younger

How to Manage Gout Related Symptoms