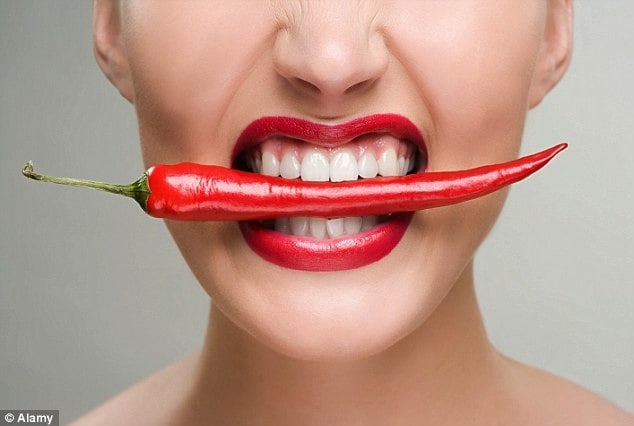 How to Prevent Colds in Kids from Worsening the Irish Way

Spices that can save your life.

Modern science is starting to reveal the true ability of spices and herbs as tools to combat diseases from cancer to Alzheimer’s. Bharat Aggarwal, a professor at the University of Texas M.D. Anderson Cancer Center in Houston and author of the upcoming Healing Spices,believes that there is now an obvious scientific basis for the reason behind people’s use of spices for medicinal purposes these past thousands of years.

Aggarwal mentions that in his home country of India, spices are used a lot. He believes there is a correlation between this and the low occurrences of diet-related sicknesses such as heart disease and cancer. He also observed that when Indians eat more Westernized meals, the occurrences of these illnesses increase. While researchers put the blame on meat-filled and fattier Western food, Aggarwal and other experts suggest another reason. They think that when herbs and spices are lacking in one’s diet, it has a significant effect on how healthy food can be. Aggarwal goes on to say that because Westernized food has a lower amount of spices than Indian food, those who eat it lose the protection of these spices.

Although any notion that spice cures diseases has yet to be proven by science, there’s very strong evidence that many of these spices might aid in managing some chronic conditions. Also, there’s the fact that when you season you dishes with spices, you use less of the ingredients known to cause health problems like salt, sugar and saturated fat.

Here we’ve put together eight of the healthiest spices and herbs from all over the world.

t’s excellent with squash, parsley, rosemary thyme, and walnuts It might be good for preserving memory and soothing a sore throat. Try this recipe: Sweet Potato and Turnip Mash with Sage Butter.

Herbalists today suggest drinking sage tea for people with upset tummies and sore throats. A research discovered that sage solution spray is effective in relieving the discomfort of a sore throat. And the name sage, which means wisdom, might actually be true for the herb as an initial study points to the fact that it might actually improve symptoms of early Alzheimer’s. It prevents a key enzyme from destroying acetylocholine a chemical in one’s brain linked to memory and learning. Another research wherein college students took sage in capsules did better in memory exams. It was also noted that their moods improved.

It’s excellent with potatoes, citrus, garlic, chile peppers, and onions. It might be good for enhancing mental focus and fighting bacteria from food. Try this recipe: Rosemary Flatbread with Yellow Split Pea Spread.

Once upon a time in ancient Greece, scholars had rosemary garlands which aided them in studying. A research conducted recently discovered when rosemary oil mists were present in their study cubicles, people did better in memory and alertness exams. Rosemary is usually used when marinating meat and poultry. And there is a perfectly good reason behind it. Acid from rosemary and other antioxidants found in the herb fight bacteria and keep meat from spoiling. There’s also a possibility that it makes meat healthier. Back in March, researchers from Kansas State University found that ground beef with rosemary extracts helped in stopping the formation of heterocyclic amines (HCAs). These are compounds known to cause cancer when meat is grilled, fried or broiled.

It’s excellent with citrus, curry powder, and garlic. It might be good for reducing inflammation and containing tumors. Try this recipe: Golden Turmeric Lales with Applesauce.

In India, turmeric paste is placed on wounds to shorten the time for healing. People also drink tea with turmeric to suppress colds and problems linked to the respiratory system. Excellent health benefits have been confirmed by modern medicine as well. Most of these benefits are connected to curcumin, which is a compound found in turmeric. Curcumin contains powerful antioxidant and anti-inflammatory properties. It has also been revealed to aid those experiencing the pain of arthritis, injuries and dental procedures. Research is being conducted on its potential in helping patients with heart disease, Alzheimer’s and diabetes.

Researcher Bharat Aggarwal is determined to push curcumin’s potential as treatment for cancer, especially in the colon, prostate and breast areas. Initial research has discovered that curcumin can inhibit the growth of tumor cells and reduce the production of enzymes that activate carcinogens.

It’s excellent with chocolate, beans, ginger and beef. It might be good for boosting metabolism. Try this recipe: Paprika and Red Pepper Soup with Pistachio Puree.

Chiles create mild to fiery sensations of heat. They are very popular in places that are hot because they activate the body’s natural cooling systems. Research shows that capsaicin, which is a compound found in chiles, increases the body’s metabolism rate. This leads to more intense burning of fat. It is still not known though if this causes long-term weight loss. Recent studies discovered that capsinoids, which are similar, but more gentle chemicals found in milder chiles, have almost identical effects. These means milder sweet paprika is still very effective. Capsaicin might also lower risk of ulcers by increasing the defensive capability of the stomach against infection by ulcer-causing bacteria. There is also speculation that capsaicin helps the heart as capsaicin may keep bad LDL cholesterol from clogging the arteries.

It’s excellent with citrus, soy sauce, chile peppers and garlic. It might be good for soothing an upset tummy and arthritis pain.Try this recipe: Ginger-Marinated Leg of Lamb with Israeli Couscous and Kale.

Ginger is known to relieve colds and upset stomach because it is rich in anti-inflammatory compounds like gingerols, which some experts believe has potential in combatting some forms of cancer and relieving the pain of arthritis. Recent research shows that people who took ginger capsules every day for 11 days reported reduced muscle pain by 25 percent when they didstrenuous exercises. This difference was made between said group and another group that took placebo capsules. Another study discovered that injections of ginger extracts reduced osteoarthritis pain in the knees. Ginger has also been very dependable in healing stomach pain, and it can help soothe the nausea of morning sickness, surgery or chemotherapy. It should be noted however, that it doesn’t work as well against motion sickness.

Cinnamon was very popular during ancient times. King Solomon and the ancient Greeks and Romans loved to use cinnamon to increase appetite and soothe indigestion. Some researchers concluded that when you add cinnamon to food, up to a teaspoon every day, in capsule form, may be of some aid for people with type 2 diabetes in controlling their blood sugar. Cinnamon helps lower the level of post-meal blood-sugar. Other researchers however, maintain the effects are limited.

Traditional Persian medicine always makes good use of saffron to lighten people’s moods. It is usually added into medicinal tea or prepared with rice. A study from Iran’s Roozbeh Psychiatric Hospital at Teharan University of Medical Sciences discovered that saffron might aid in relieving PMS symptoms, and even depression. In a study where 75 percent of women experiencing PMS were given saffron capsules every day, it was noted that their symptoms of PMS like mood swings and depression were reduced by at least half. For women who didn’t take saffron, only an 8 percent decline was observed.

It’s excellent with mint, garlic, lemon zest, fish and beef. It might be good for preventing cancer. Try this recipe: Rustic Parsley and Orzo Soup with Walnuts Holly Pevzner wrote about the inhibition of the growth of cancer cells in the September/October 2011 issue of EatingWell Magazine. She notes that scientists from the University of Missouri found parsley as a possible cause for the inhibition. In the lab, animals that were given apigenin, a compound found in abundant amounts in parsley and celery, had a greater defense against the development of cancerous tumors. Experts believe that adding a few pinches of sliced parsley to your daily meals can make a difference.

What is the Selfie Syndrome?

Hair Masks to Try for Your Colored Hair

5 Habits that Wreak Havoc to Your Skin