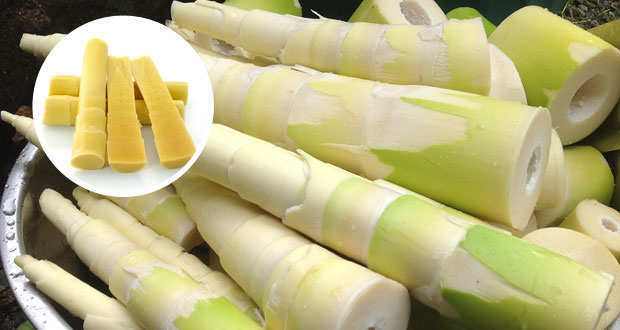 Beautify Your Skin and More With Violet Leaf Essential Oil

How to Manage Stress through Adrenal Health Supplements

The bamboo plant is a member of the grass family. Bamboo that has been growing for three to four years develop new shoots from underneath its intricate root system. These newly-formed shoots are then gathered as they are considered edible veggies that can be included in many health recipes. Bamboo varieties that are categorized as edibles belong to Bambusa bambos, Bambusa tulda, B. polymorpha, B balcooa, Dendrocalamus hemiltonii, D gigentius, and Melocanna baccifera to name a few.

Depending on the species, edible bamboo shoots start to grow above the surface in different seasons of the year. The young, cone-shaped shoots are then severed directly from their roots using a spade and are then washed before preparation.

A bamboo shoot’s exterior features several layers of touch leaves. Once these layers are peeled off, the shoot will then showcase its central white heart or its creamy meat portion. The valuable meat is the edible portion of the bamboo shoot. The heart boasts a crunchy texture coupled with its uniquely mild flavor. Once cooked, bamboo shots develop a rather neutral taste.

Also Read   What to Know about Perimenopause
Also Read   Real Benefits of Coffee: A Drink Long Beloved for Taste, Nourishment and Rejuvenation

It is quite rare for people to develop allergic reactions during bamboo shoots consumption. It is a well tolerated vegetable and can be cooked in various ways. Bamboo shoots feature taxyphyllin- a type of cyanogenic glycoside that is crucial in cellular respiration. Matured bamboo shoots contain more glycosides than fresh ones. Treat young shoots in boiling water, as the process destroys the toxic compounds that may be found in bamboo shoots.

Previous articleWhat Are The Good Things You Get From Eating Kumquats?
Next articleWhat You Need to Know About Gua Sha

Clues That You May End Up With Osteoporosis