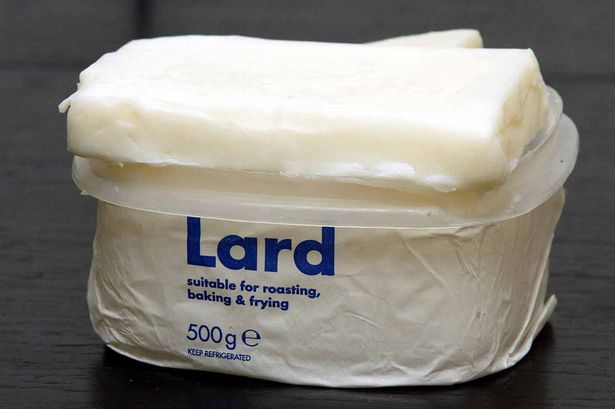 Are Digestive Biscuits Good for You?

Skin Care Tips You Can Do at Home

Fat, particularly pork fat and pork itself gets such an undeserving beating of their image. First off a lot of us may know that lean pork is very fine and as healthy as chicken especially in the tenderloin region with barely any fat. Beef may have a bit less fat than pork at times but it has a slightly higher cholesterol amount and it gets tougher to unclog your veins with from that.

Trans fat is put in food items to preserve them further but is so unhealthy in excess, not only does it raise your bad cholesterol levels but it actually puts your good cholesterol on a decline too. Lard doesn’t have this which is awesome to say. Using more lard to replace other more harmful oils can really reduce your heart disease risk. Lard and butter have nearly the same amount of cholesterol: 95 mg per 100g. Having your beloved oils and fats every day is not bad at all, when you don’t have too much and you’re fairly active your body will just naturally burn off fat and detox cholesterol.

Lard has so many cooking benefits and feels overwhelmingly clingy to your fingers. It’s hard to wash off and you definitely need soap because this rendered version of pork fat has such fine molecules and an airy, fluffy feel that it spreads over things easily and gets absorbed fast. Butchers actually have pretty smooth hands even if they are firm and hard because of animal fat. Lard’s smoke point is high at about 190C (375F), making a wonderful frying oil the Mexicans rightfully treat like liquid gold. It boils so well cooking food at a shorter time without burning it which sparks carcinogens. Foods get lighter, fluffier, crispier and less greasy when the food is dropped in the oil at the right temperature. It’s odorless and tasteless when rendered properly.

Remember the moderation is key and lard is still fattening at 9 calories a gram. Saturated and unsaturated fat is both needed by the body to function properly but in this modern day we eat so much fat along with sugar that we should focus more on lessening our fat intake. Fat and carbs from vegetables and sugars from fruit is still not so good for you in excess amount keep in mind, but still way better than junk food.

Take note that the lard quality also depends not only on the process but the pig itself and its diet plus environment. The happier and healthier the pig the better its byproducts.

Purity matters and a lot of lard in markets are treated with hydrogenated fats and other injected preservatives that make ones prone to heart disease. It is good to do a little research and find out about your lard sources or too look for new ones.

The process of rendering lard is a tedious one, cleaning and boiling pork fat until it is clean and fluffy. You could hire a nice butcher for this or if you are really into working for food can give it a try.

In other words, lard has a place in the pantry. I have to admit that I like vegan desserts and find them moist and yummy too but you just can’t substitute lard or even butter for a certain texture, feel or chemical reaction. It makes tortillas delicious and authentic, biscuits and breads are moist and soft and meats fried in it become crispy and more meaty tasting. It even has omega-6 fatty acids and Vitamin D which is dominantly found in sun sunshine and fish. Too much pork fat can make you sleepy but controlled portions can do good for your mood because it is rich in a fat called oleic acid which can actually lower risk of depression.

It’s sustainable, economical, heat-stable, stores well, odorless and neutral tasting, great for baking but not vegetarians, improved mood and is healthier than butter.

Beat Those Acne in 5 Easy Steps!

Don’t Love Cardio? Running Drills to Master Along with Other Workout Tips