Stages Of Pregnancy: Life In Process 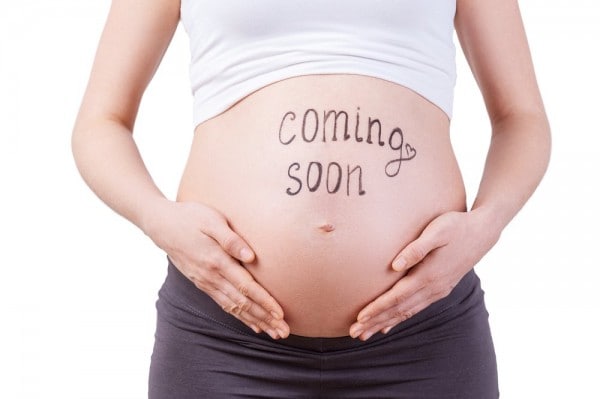 The Truth about Side Effects

Learn to Reward Yourself Positively Instead of Food

First Trimester Pregnancy: Where It All Begins

The first trimester of pregnancy is characterized by the first twelve weeks of getting pregnant. Basically, it’s about ovulation, fertilization, implantation, and embryonic development. Along the initial period of pregnancy, the mother encounters common pregnancy signs and symptoms such as morning sickness, implantation bleeding, breast changes, etc.

First two weeks of pregnancy marks the pre-conception period significant to jumpstart the various stages of pregnancy. There is no baby to talk about in the first seven days when pregnancy does not technically exist. Instead, the body is gearing up toward reproduction at the moment. As soon as another week comes, reproduction is already on track. That is the time when ripened egg has been released in the fallopian tube for ovulation so ovulation symptoms might persist as fertility red flags. Consequently, the week won’t end without the victor sperm getting to penetrate the ovum to consummate fertilization.

Most likely, the developing ovum has already been endowed with its genetic particulars hence it can be called a zygote fit for implantation onto the rich wall of the uterus by the 3rdweek. The zygote becomes an embryo that is supposed to undergo cell division comes next week, thereby splitting from its other half, better known as the placenta, lodging the infant for supply of nutrients and air.

Heartbeat starts to manifest in the 5th week although the thumping is negligible to the stethoscope. Such vital action is observable in the ultrasound particularly the baby’s heartbeat in regular rhythm that is likely triggered by heart growth thrice as much as before comes week 6. Welcome another vital organ in process, brain development shall commence in the 7th week, alongside formation of basic facial features, although these shall be refined in the coming week!

Week 9 signifies the progress of the baby’s developing reproductive organ while the next week shall focus on the soon-to-be fetus growing its fingers along with other essential internal organs such as urine-producing kidneys. For the development of lungs and respiratory system, the little fetus inhales through amniotic fluid. Now to conclude the last week of the first trimester, it shall be endowed with reflexes inciting physical activity.

Another 15 weeks of pregnancy, featuring week 13 to week 28, completes the second trimester of pregnancy, halfway through the different stages of pregnancy. Meanwhile, the mother’s body has more or less stabilized itself thereby comfortably bulking up since morning sickness is slowly going away. That leaves the mother pampering herself with more nutrients to feed for herself and the growing fetus inside her.

In the 13th week, external organs are placed on their rightful spots, while eyes are pending full development, so the fetus appears more of a little fellow. The coming week shall sway more on the oral development manifested by baby sucking upon getting fully grown mouth roof. Week 15, the womb dweller becomes more facially expressive enabling the face to smile, frown, and make more faces. Meanwhile, downy hairs are growing all over the infant to provide body heat.

Finally, the fetus begins to build up more bones in place of cartilage in week 16, while development of limbs and trunk proportionate to the head, is in store for next week. In week 17, the growing infant can already hear sounds from inside and outside the mother’s womb while the baby’s body begins to develop special coating for skin protection and temperature regulation. Bodily motions, active growth spurt, and development of sense of touch, happen in week 20, week 21, and week 22, respectively.

Baby might be having a little marathon in week 23 when those feet are becoming more active. More infant actions are in store to excite the mother since as little fellow is having ample room to move and groove in the week to come. In week 25, the growing baby shall have its first intestinal excretion. Staggering active and inactive modes, may bring discomfort to the mother, as the baby indulges into its sleep-wake pattern as soon as week 26 hits. Interestingly, the infant may give off hiccups in week 27 while it learns to move its eyes close and open in the last week of this mid-pregnancy period.

To conclude the stages of pregnancy, the third trimester is dedicated to child birth preparation. As a result, certain physiological changes, such as the classic belly drop, may manifest to ease up labour anytime soon. In the same way, the baby is also being groomed in the mother’s womb for birth thereby positioning the head down onto the pelvic cavity. Given these happenings, the mother may experience heightened discomfort which might be relieved by sufficient rest using special pregnancy pillow.

Week 29th is a tough period during pregnancy on the part of the mother since the baby is seriously in action kicking and rolling in the womb. In the 30th and 31stweek, the baby shall be putting on more weight to sustain normal functioning of biological systems that must have been developed by this period. In week 32, the baby is still enjoying much of the pampering so it is likely to stay in there for the next couple of weeks.

For a big sigh of relief, week 33 shall mean less elbow pushing since the womb is no longer a wide playground due to the infant’s weight gain. For smooth and thorough delivery, the skin coating of the baby thickens even more in the 34thweek. Head engagement comes in week 35 when the baby is repositioned with head oriented to the vagina in preparation for birth. In week 36 and week 37, the infant accumulates more fat and antibodies geared toward in anticipation of delivery, too.

Starting in week 38, the baby is ready for delivery although it may transpire a week later when ideal body weight, body height, and body fats have been achieved. Child birth may also take place any time in week 40, week 41, and week 42 when mucus plug pregnancy sign is meant to wrap up the gestation experience. Otherwise, the mother might be up for caesarean section delivery.

Makeup Tricks for Every Day Makeup

Do’s and Don’ts for Loving Your Nails

Remember to Drink These for Sharper Memory