Women, Read Up: Here’s What You Need to Know About Amenorrhea 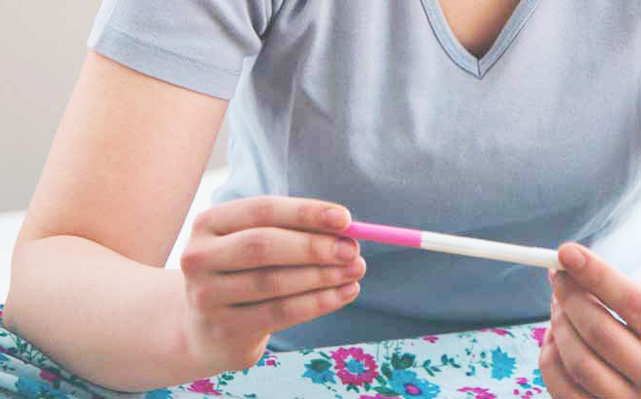 6 Heart Healthy Foods to Include in Your Diet

Exercises for a Healthy Heart

Put simply, amenorrhea is the absence of menstruation. According to health experts, women who have missed their period at least three times in a row should pay their doctors a visit. The same is true for those who are already 15 years old and haven’t had their period yet.

There are many different causes of amenorrhea. As a result, there are all kinds of signs and symptoms associated with it. Treatment for amenorrhea, needless to say, will depend on what’s causing it.

Continue reading if you like to know some of the most important matters about amenorrhea. After checking out the entirety of this article, make sure that you share this on your various social media sites to get everyone you care about acquainted, too, with amenorrhea.

There are many different things that can cause amenorrhea. Some of them are due to normal instances in a woman’s life, while others are due to certain medical conditions. It’s also possible for amenorrhea to be blamed on the intake of certain types of medications.

One of the most common natural causes of amenorrhea is pregnancy. The period resumes a few weeks or several months after giving birth, depending if a woman is breastfeeding or not. Speaking of breastfeeding, it’s also something that can keep the period from striking for as long as it’s being done.

Definitely, women who are already in the menopausal stage no longer have their period as a result of the fact that their ovaries are no longer releasing an egg every single month.

All kinds of medical conditions are known to cause amenorrhea, in particular those that are due to or can cause hormonal imbalance. Some of them include hyperthyroidism, hypothyroidism and polycystic ovary syndrome or PCOS. A tumor in the pituitary gland may also be a culprit if it causes hormonal imbalance.

Sometimes there are medical conditions that are not due to or can cause hormonal imbalance but can still lead to amenorrhea. Usually, they have something to do with structural problems concerning the female sexual organs. Some examples include uterine scarring and an obstruction in the vagina.

The intake of certain medications can cause the period to cease temporarily as a side effect. Some of them include high blood pressure drugs, allergy medications, antidepressants and antipsychotics. Undergoing chemotherapy is also known to cause amenorrhea.

There are instances in which amenorrhea is due to certain lifestyle or dietary factors. For instance, it’s not unlikely for women who are suffering from chronic stress to miss their periods. The same is true for those who are into fitness and are exercising excessively. Women who have very low or very high body weight may also suffer from amenorrhea. Those who are suffering from eating disorders are at risk, too.

By the way, medical authorities confirm that amenorrhea may run in the family as well. This only means that a woman may have amenorrhea if she has relatives who suffer from it.

One of the main complications of amenorrhea is not being able to conceive a baby. It’s for the fact that the ovaries are not producing eggs. Doctors say that osteoporosis may also strike especially if amenorrhea is due to hormonal imbalance.

Because there are so many different causes of amenorrhea, treatment for it can vary tremendously. Some cases of it do not require any treatment at all, such as pregnancy, breastfeeding and the intake of birth control pills.

Sourcehealthline.com
Previous articleMakeup Do’s and Don’ts for Everyone
Next articleBest Carrier Oils for Oily and Acne Prone Skin

Start Getting Organized This Year

Pediatric Stroke: What Every Parent Should Know

The Health Benefits of Being In Love

Got a Headache? Smell This Very Common Fruit to Attain Relief