The Cold Truth about Cryotherapy 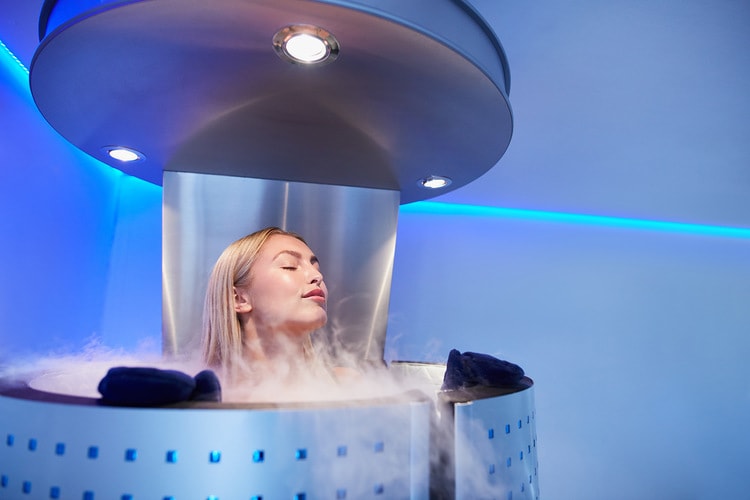 Beauty Tips From Around the World

Much is being heard about whole body cryotherapy (WBC), but can it really deliver on all of its promises? The WBC process involves standing for a few minutes in a deep freezing tank and some of its claims to fame include helping people lose weight, improve sleep, lessen pain and fatigue, improve athletic performances and can also slow the body’s aging process.  Are these all true or is WBC going to be written off as another cool fad to hit the mainstream beauty and health market? A lot of high profile celebrities as well as athletes have revered the benefits of WBC, but then again, the recent death of a Las Vegas spa worker who died accidentally due to asphyxia while in a cryotherapy machine, has drawn some flak and a bunch of further scrutiny into the health treatment practice that’s been growing steadily in use worldwide.

The use of anything cold or frozen to treat something, technically qualifies it as cryotherapy.  The most longstanding and probably the safest and proven form of crytherapy there is, is the application of ice packs into injuries which causes the blood vessels to constrict, thereby reducing the pain and inflammation process. While there are on-going debates as to whether the treatment has any long-lasting effects, no one can deny its short-term benefits which have long been used in the practice of standard medicine.  Another type of local cryotherapy or sometimes referred to as “cryosurgery”  is the use of cold substances like liquid nitrogen to remove skin lesions such as moles, skin tags and is even used in treating prostate cancers.

Unlike localized cryotherapy, WBC entails submerging the entire body into subzero temperatures for a certain number of minutes.  The roster of celebrities and athletes who have tried cryotherapy and swear on its effectivity include Kate Moss, Lebron James, Jessica Alba, Kobe Bryant, Demi Moore, Jennifer Aniston, and lot more.  Some people even claim that this treatment can help improve their looks, shed off excess weight and slow down aging.

So how does exposing one’s self into the bitter cold for a few minutes have so many benefits? Theories abound (most of it originating from operators of cryotherapy facilities), some say that cold temperatures reduce inflammation by redirecting the blood flow back into vital organs, while some say that the cold temperature somehow convinces the brain that the body is in danger which gives the immune system and metabolism an extra kick.  Unfortunately, these claims are not yet supported by scientific evidences.  For example, no study has proven that this treatment facilitates weight loss and it is rather unclear as to where this belief may have started, when it was already established time and again that weight loss doesn’t come with a  “magic solution’ except for proper nutrition and maintaining a healthy lifestyle.

The limited literature on WBC mostly focuses on its ability to relive pain and inflammation from conditions such as sports injuries, fibromyalgia, arthritis and ankylosing spondylitis.  The US Food and Drug Administration is yet to approve the WBC as a valid medical treatment citing lack of scientific evidence regarding its health claims.

Also Read   Health Risks that can be found in Smoking

Of course the current inadequacy of scientific proof regarding the benefits of WBC doesn’t mean that it will no longer see the light of day. The tables might still get turned once enough studies have been made to prove its validity as a health treatment.

Skin Care Tips when You Reach Your 20s

Use This Natural Recipe for Your Eyeshadow