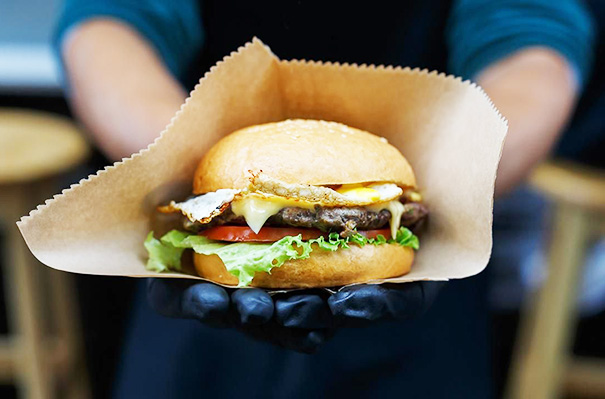 Everyone knows that having poor eating habits and leading a sedentary life can cause obesity. However, not a lot of people know that there are also chemical compounds that can cause weight gain to strike, and they are referred to by scientists as “obesogens”.

This article will get you introduced to some of the most important matters about obesogens.

Don’t forget to repost this article on your various social media sites so that your health- and figure-conscious family members and friends may get acquainted with obesogens as well!

What makes obesogens capable of causing unnecessary weight gain is the fact that they can disrupt proper balance of hormones in the body, which can lead to the development of all sorts of problems.

According to scientists, obesogens can:

Increase the size of fat cells in the body

Cause insulin resistance that can lead to increased storage of fat

Mess up with the body’s way of managing hunger

Even if a person is opting for healthy foods and regularly exercising, it can be very hard to shed off excess pounds if he or she is constantly exposed to obesogens that can cause the above-mentioned things.

Since the 1970s, health authorities have noticed that the percentage of childhood obesity in the US has more than tripled. Although scientists say that this is most likely due to the introduction of fat- and sugar-laden foods to the diet of kids and also lack of exercise, obesogens can be blamed for it as well.

Both the National Institute of Environmental Health Sciences and also the Environmental Protection Agency say that exposure to obesogens during the early childhood can lead to excessive gaining of weight.

In fact, numerous studies conducted at the University of California-Berkeley, University of Michigan and Columbia University found out that kids aged 7 to 9 years old had considerably increased body fat percentage due to exposure high levels of a type of obesogen, which is bisphenol A or BPA.

There are Obesogens in Foods, Too

BPA is a very common ingredient for making food packaging. However, it’s not just exposure to this that scientists blame for the sudden rise in childhood obesity, but also the ingestion of obesogens in certain foods.

According to the experts, one of the leading causes of obesity among kids is high-fructose corn syrup or HFCS, which is actually an obesogen that can be found in so many food products of today. Scientists say that HFCS is something that can cause children (and also adults) to feel like they’re hungry even when they’re not.

Scientists say that HFCS is actually worse than table sugar because it’s something that can trigger the formation of abdominal fat that can put in danger some of the most vital organs in the human body!

Obesogens Can be Found Practically Everywhere

Based on an investigation done at the University of Texas Health Science Center and also by the US Government, there are plenty of everyday food products that contain obesogens. Some of them include dairy, all sorts of beverages, meats, condiments and even pizza.

Experts say that obesogens in them come from plastic chemicals in their packaging, and they are called phthalates.

But it’s not just excessive gaining of weight that phthalates are known to cause. According to scientific investigations, these chemicals can also be linked to breast cancer, type 2 diabetes and male fertility problems.

You can find obesogens in the following:

Just like what’s mentioned earlier, both BPA and phthalates are regarded as obesogens. They are ingredients used in the manufacturing of all sorts of plastic food containers. BPA is used in making microwave popcorn bags and also the lids of some food glass jars.

In order to kill off pests and weeds, farmers use pesticides and herbicides. Unfortunately, these chemicals are known to contain obesogens. This is when the benefit of opting for organically grown fruits and vegetables steps into the scene.

Are you aware that animals such as cattle are given with antibiotics and hormones? And everything that is introduced into the bodies of animals can be introduced into your body, too, if you happen to consume them.

Sourcefoxnews.com
Previous articleTips on How Co-Sleeping Can Be Beneficial to You
Next articleHow to Turn Your Bathroom into a Sauna (And Know the Benefits to Enjoy)

Want Stronger and Whiter Teeth? Then Snack on This Decadent Treat!

10 Pseudo-Healthy Foods That Are Actually Ruining Your Diet

Stay Away from Flu Shots- Here’s Why!

10 Easy Ways to Wake Up Slimmer