What is the Selfie Syndrome? 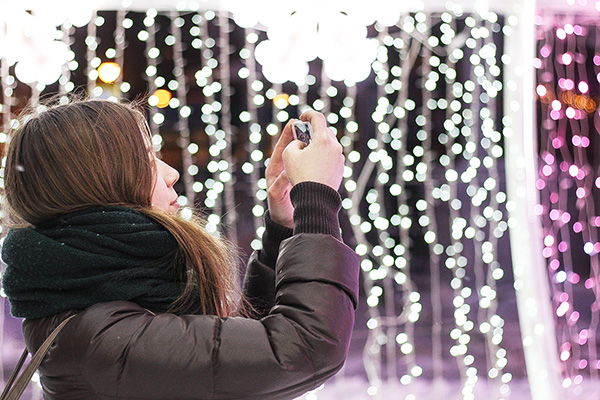 Looking for Creative DIY Makeup Ideas? Check This Out.

Learn to ignore what others think of you

Selfies are all the rage nowadays with younger, and even adults, post selfies of themselves on their social media accounts on a regular basis. You might be one of those individuals who never leave their home without posting a selfie first or taking a photo of yourself while stuck in traffic. Although this may seem like a harmless fun for many, there are those who take dozens of selfies in a day that cause psychologists to worry that more and more people are becoming narcissistic because of this.

What is narcissism, you ask? This is a type of personality disorder that revolves around preoccupation to one’s self and how others perceive them. These are the types of people who seek gratification from their vanity as well as getting admiration from others because of their looks or their intellect. Psychologists fear that those who take dozens of pictures of themselves and posting them online, or post quotes, and sayings on their social media every once in a while are those who may be categorized as narcissistic.

The Selfie Syndrome, or Selfitis, affects millions of people all over the world. The term, “selfitis”, was first coined back in 2014 to talk about those who are quite obsessive about taking their selfies. A hoax story suggested to its readers that the American Psychiatric Association (APA) was already classifying the Selfie Syndrome as a disorder.

It appears that there are three levels of Selfitis that was formed to determine how narcissistic a person can be. Let’s have a look:

Borderline individuals are those who take selfies but don’t really post them online. You might be looking for the best angle, or want to check out how you look, and so on. Whatever the reason may be, if you find yourself taking several selfies, but haven’t really posted them much, you are just in the borderline of the Selfie Syndrome.

Taking at least three selfies per day and posting each one of them in your social media accounts. There are quite a lot of people who are in this stage in the Selfitis Behavior Scale which can be quite worrisome. It is a sign that you want to be talked about or gain attention because of your posts.

If you can’t go through the day without taking selfies of you every hour, every minute of the day, you have a chronic selfitis already. Those who fall in this category are those individuals who has this constant urge to post a selfie throughout the day. Psychologists believe that these are the ones who have narcissistic disorder as they love to be the center of attention.

How Social Media Affects Us

There is no denying that most of us have social media accounts, and although some barely use them, there are those who are hooked to them from morning till night. Although social media platforms help us stay connected, there are downsides to them as well.

It appears that those who use Facebook frequently are those who are prone to narcissistic behavior because of the need to make a post every once in a while. These individuals are the ones who post quotes, selfies, and whatnot on their wall just to get reactions from friends or the public.

Younger generation are using Twitter to reach out to more people even though the texts are limited. You might be surprised how many of these youngsters are adept in navigating this social media site.

The question now: Does social media promote Selfie Syndrome or the use of social media to make one look better?

Sourcemilwaukeeindependent.com
Previous article
7 Commandments for Skin Care in Your 30s
Next article
What is the Vegan Candida Diet?

Get to Know Some Top Alternatives to Antacids

Common Reasons Why Your Heart is Beating Faster

The Post-Workout Meals & Rules You Need to Know