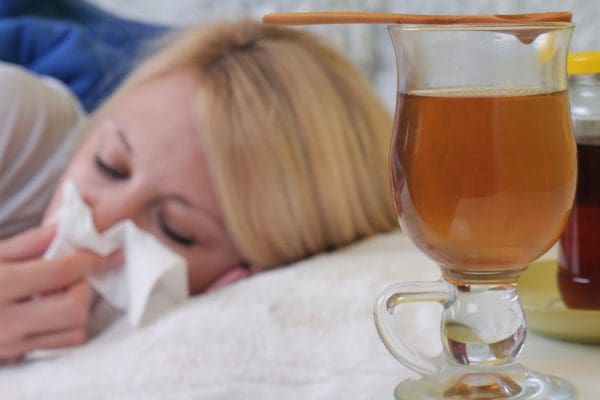 Common Causes of Upper Back Pain

Why Purple Bell Peppers Should Also be Included in the Diet

Is your nasal passage blocked? What about your throat? You sneeze and cough and it’s getting more frequent and annoying. These may be indicators leading to phlegm. Runny nose, having a hard time breathing and fever are a few other symptoms that lead to phlegm. It’s not dangerous in itself. But if you neglect it and allow it to persist, phlegm will block the bronchial tubes. When this happens, it could lead to secondary upper respiratory tract infection.

A number of causes exist, like colds, flu, viruses, sinusitis, smoking too much, and more. It can provide discomfort and it is downright annoying. Luckily, there are cures that are easy to find in your household.

Ginger is great against a number of illnesses. It can also help the respiratory system against colds and cough. Peel the skin off a hundred grams of fresh ginger root. Crush the ginger root, but do not mix it with water. Instead, heat two tablespoons of raw honey for fifteen seconds. Now mix the ginger with the honey. Take in two spoons of this mixture twice daily for three days. You can also opt for adding a tablespoon of honey into a glass of warm water to be consumed a number of times daily. Honey also has some healing qualities that can relieve you of discomfort.

half a teaspoon of white pepper and mix in a tablespoon of honey. Heat it for ten to fifteen seconds. Now eat it. It will relieve you instantly. Do this three times daily for seven days.

You can also opt to slice a lemon in half. Be sure to take away the seeds. Add a small amount of salt and black pepper over a lemon halve. Its juice can dry phlegm up.

Pan fry two spoons of this in a teaspoon of oil until it turns a light brownish color. Also try mixing a teaspoon of honey and grinded
almonds in30oz water. Stir the mixture before taking it out of the heat. Drink twice daily for four to five days.

Try peeling and grinding an onion. You can use a juicer. Squeeze a lemon and mix the juice in the onion juice. Mix this with a cup of boiling water. Wait two to three minutes. Take it out of the heat and mix in a teaspoon of honey once the heat subsides. Consume a cup thrice daily.

Also Read   6 Houseplants That Will Make You Happier

You can also thinly slice onions and mix it with two large spoons of sugar. Wait approximately thirty minutes until this turns to liquid. A big spoon every couple of hours should do the trick.

A grape can unblock passages clogged by phlegm and relieve the lungs. Two tablespoons of the juice with the same amount of honey three time daily for seven days is recommended.

Lemons have citric acid and honey has cleansing properties that can soften phlegm and make it loose thus providing relief to the throat. Mix a spoon of freshly-squeezed lemon juice and honey to black tea.

Mix a spoon of salt into a cup of warm water. Try gargling this mixture with your head slightly tilted back. Don’t swallow. Do this for a couple of minutes for instant relief.

A small amount of salt with a spoon of turmeric in hot water also works. Do this three to four times daily.

This particular veggie has a lot of vitamin C, antioxidants, vitamins and nutrients that can help against cough and phlegm.
Juice three to four carrots, and add water and around two to three teaspoons of honey. Drinking this twice or thrice daily should do the trick.

Garlic and lime are great against inflammation, and ultimately,against phlegm. Add the juice of three fresh lemons with a cup of boiling water. Mix in a pair of garlic cloves (crush them first), half a teaspoon of black pepper (powdered), a dash of salt. Mix it well before taking a sip for immediate relief.

Not only can this particular soup loosen up phlegm and break mucus, it can also moisture up your airways.

Consuming chicken soup twice or thrice daily can clear up your throat. Throw in a bit of ginger and garlic for flavor.

A shallot has sulphur that is good against infected parts of the airways. It can also help soothe the irritated mucus membrane.

Consuming six to eight shallots (peeled) with sugar is recommended. It’s working if you feel a slight burn in your airways.

This is another remedy for reducing phlegm and relieving sore throat.

This has antioxidant properties and curcumin which make it very potent against phlegm, among other things.

Half a teaspoon of black pepper, turmeric (powdered) and a teaspoon of honey in a glass of warmed milk daily can eliminate phlegm.

Two tablespoons of powdered turmeric and apple cider vinegar can work just as fine as well.

Crush an anise seed and mix it into a cup-and-a-half of water. Boil it(low flame) for half an hour. Try straining and simmering what remains into a single cup. Try then mixing it with two cups of honey and allow it to cool down.

This can be stored in a fridge, and used for the next eight to twelve weeks.

Here are some herbal solutions…

An expectorant great against phlegm, as it drives phlegm out of the body.

Its powdered or bark form can be made into tea. You can also drink two teaspoons of wild cherry bark syrup which is easy to find. A few important reminders though.

This root is also very effective against phlegm.

Like wild cherry, spikenard roots are not good for pregnant women.

Soak fresh bay leaves in a cup of boiled water for a couple of minutes before straining. Let it cool down first. Drink it for instant relief.

Mix dried horehound leaves (one ounce should do), into half a pint of boiled water. Wait ten minutes before straining and mixing a pound of honey. Store this in your fridge. It’s good from eight up to twelve weeks.

This has a lot of ingredients that is great against irritated throats. It also makes phlegm more manageable to get rid of. Try boiling two tablespoons of dried couch grass roots in two cups of water. Wait five minutes before straining. Consume twice or thrice daily.

Also Read   Get Whiter, Healthier Teeth with These Tips

This oil is great against infections in the airways and it’s an expectorant so it’s good at getting rid of phlegm. Consume a few drops or add some to your dishes. Capsules can be found at health stores.

Boil its roots in a cup of water before straining and consuming. Do this three times daily. It’s good for getting rid of phlegm and relieving sore throat.

There is a fiber in this elm that dissolves in water. This has anti-inflammatory properties.

Mix two spoons of the powdered bark in boiling water. Let it cool and consume.Do this twice daily to help get rid of phlegm.

You can also prepare poultice from it which you can apply on your chest. This one slows down the formation of phlegm.

This is a popular and effective oil against phlegm. When mixed with coconut oil, try massaging it over your chest.

But never apply the oil on your skin and never consume it orally.

Like other herbal remedies on this list, this loosens mucus. There are a number of teas for this. Mint, lavender and chamomile among them. A small amount of honey can make it taste better. Hyssop and calamus roots can also be good sources for tea.

Try boiling some mint and eucalyptus leaves in water. Wait ten minutes. Lay the pot on a steady surface. Breathe in the water vapor. You’ll feel your mucus dehydrating, your sinuses opening and your phlegm being expelled. Breathing in steam from boiling water can also help make phlegm a bit looser.

What you should try

What you should not try

How to Find Love and Happiness in your 40s

Gentle Reminders on How to Lose Weight for Good

How to Speed Up Your Metabolism in 10 Easy Steps