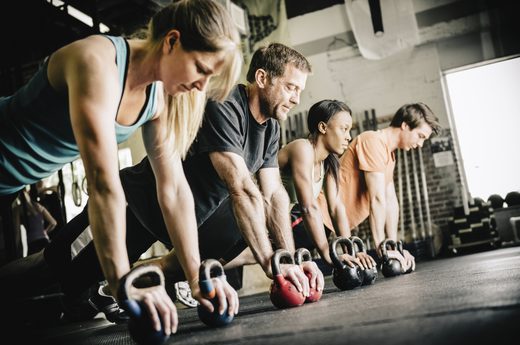 How to Stop Dizzy Spells Naturally?

How to Cut Processed Foods from Your Diet

High-intensity interval training is a kind of interval training and exercise strategy that involves alternating transient periods of intense anaerobic exercise combined with less-intense recovery periods. A form of cardiovascular exercise, HIIT sessions may range from four to 30 minutes.

Training intervals at least a day in seven days can boost one’s body figure along with conditioning status, as per Bodybuilding. One can also increase the session to twice a week to further boost one’s body condition.

Barbel complexes, strong man intervals, and burpees are some routines in HIIT. Barbell complexes are known to challenge one’s body fats and raise one’s conditioning to greater heights. Also, they can be easily integrated into one’s strength training routines and can be added at the conclusion of the routine. Using whole-body movements, the repetitions of barbell complexes are done as fast as possible in an explosive fashion. Rest can be done, but should be limited to one to two minutes. The barbell complex exercises for the lower body include barbell squat, good morning front barbell squat, Zercher squats, and Romanian deadlifts. Barbell squats, push presses, power clean, and bent over barbell rows can also be done for a total body workout.

Strongman intervals serve as the reason behind the leanness of strongmen, as compared to powerlifters. The routines under this category work every muscle of the body and raise the heart rate as well. Exercises combos include power clean and sled drag – harness, yoke walk and keg load, and crucifix with log lift. It should be noted, however, that strongman intervals should be limited to no more than three days a week to prevent overtraining.

Also Read   Tips on How to Clean Your Makeup Products

Meanwhile, burpees are HIIT exercises that are capable of building muscle and burning fat at the same time. As a result, they are viewed as part of the most effective conditioning modalities to date. They can be done without using plates; instead, they just utilize the body weight. In fact, burpees were also part of the fitness test for the members of the armed services during the World War II. One can aim for a specific number of repetitions to hit within ten minutes and the rest interval, along with the repetitions, can be adjusted depending on one’s preference.

HIIT has several benefits, according to Shape. It is an ideal workout, even to people who have busy schedule, as they can do it during their lunch break. In addition, exercises do not necessitate equipment, unlike other workout routines in the gym. As per the publication, research revealed that one can get higher progress doing HIIT in 15 minutes than a girl jogging on the treadmill for an hour, since it burns more calories than 30 minutes of jogging on the machine. Also, the effects of the physical exertion in HIIT trigger’s the body’s repair cycle in a boosted state. In fact, a study in 2006 learned that subjects could perform cycling twice as long as they could before the study, following eight weeks of doing HIIT. HIIT can also preserve muscle mass while losing body fat, allowing people who are on a diet to get the lean body that they want. Additionally, the routine can also increase one’s metabolism and stimulate production of human growth hormone (HGH) by up to 450 percent during the 24 hours following the workout. This is favorable to both men and women, as HGH can help increase muscle mass in males while it also slows down the aging process in females.

Also Read   Stress and Ways of Coping with It

Along the aforementioned HIIT principles and routines, one can get a leaner body with proper nutrition, adequate rest, and right attitude.

The Solution to 90% of Relationship Problems

Tips on How to Increase Supply of Breastmilk

5 Reasons Why You Should Take a Bath Tonight