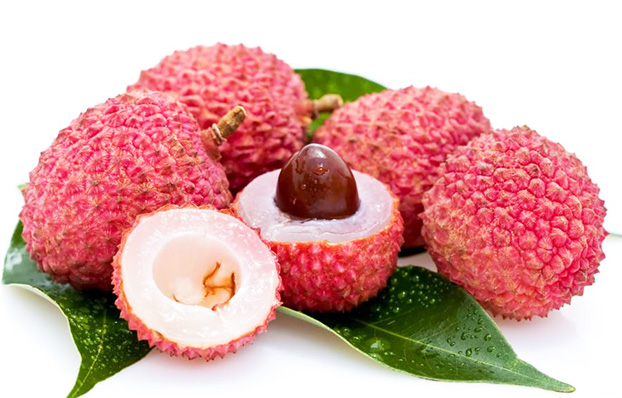 Get to Know the Surprising Dangers of Gum Disease

Lychee is one of the fleshy fruits people eat today. With the scientific name Litchi chinensis, the fruit comes from the genus Litchi in the Sapindacea family, also known as the soapberry family. The following are the health benefits of lychee, along with a sample recipe

One health benefit of lychee is vitamin C. vitamin C is best known for its ability to raise the body’s defenses against infection and illness. Also, vitamin C promotes the action of collagen, a substance that acts as cement and binds loosely connected cells and tissues. In fact, some women take collagen supplement to make her skin healthier and devoid of aging signs like fine lines and wrinkles. Thus, people who want to increase their resistance against infection and illness and prevent signs of aging may include lychees in their diet.

Another health benefit of lychee is digestive health. According to Organic Facts, lychee also contains fiber, a substance that acts as sweep and helps eliminate toxins and free radicals from the systems of the body. Fiber promotes digestion through improving the peristaltic action of the intestines. It also increases the roughage or bulk in stools, facilitating easier elimination by defecation. Fiber also helps reduce blood cholesterol levels, preventing disorders like atherosclerosis or accumulation of fat deposits in the blood vessels, hypertension, coronary artery disease, and stroke.

Lychees also offer antioxidants, which fight agents that lead to cancer. As per Mercola, these agents safeguard cells against reactive oxygen species (ROS) or free radicals. According to the publication, low levels of antioxidants increase a person’s risk of oxidative stress, which is correlated with faster tissue and organ damage. Moreover, various trials have verified the positive impact of antioxidants, along with their roles in health maintenance and risk reduction for disorders like heart disease, Alzheimer’s disease, Parkinson’s disease, and cancer.

Also Read   Reasons for You to Brew and Drink Calendula Tea

An interesting effect of lychees is hair growth. According to Style Craze, lychee has copper peptides, which enlarge the hair follicles and reduce hair growth resting phase, which allows hair follicle stimulation and hair growth. As per the publication, lychee juice can be mixed with aloe vera and the mixture is massaged into the scalp and kept for an hour. After that, it is washed off with mild shampoo.

To prepare, butter is melted in large skillet over medium heat. Then, the chicken is added and cooked until both sides become brown in color. Next, the fresh lychees, soy sauce, garlic powder, ginger, water, liquid from water chestnuts, and lychees (saving one-fourth cup) are stirred in and simmered for 40 minutes or until the chicken is tender. After that, the lychee rice is prepare by adding the mushrooms, celery, green onions, red pepper, water chestnuts, and pea pods to the skillet and then cooked and stirred for five minutes or until heated through. The chicken and vegetables are served over rice and garnished as wanted.

Lychee is one of the nutritious fruits man can eat today. With its many health benefits, it is capable of health many people promote or maintain their health and well-being. Also, the fruit can easily be added to various meal recipes, be it a main dish, dessert, or beverage.

Also Read   Know the Amazing Benefits of a Beauty Sleep
Sourcepinterest.com
Previous article
Toned Back Routine to Get Rid of Bra Bulge
Next article
How to Remove Stretch Marks Naturally

Tips on Reducing Your Alcohol Consumption

Make Your Own Chemical Skin Peel

How to Unclog Sinks at Home

10 Best Drinks You Should Try For Detoxing