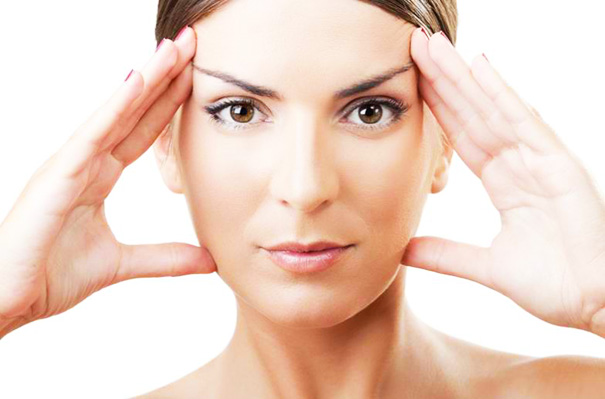 What are the Most Common Causes of Sharp Pain?

A lot of beauty-conscious women who want to remain looking youthful are focusing on products employed topically. Many of them, however, overlook the fact that what they put in their mouths can also have a huge impact on the appearance of the skin. Yup, the food you eat can have a bearing on the age of your skin.

Everyone knows that fruits and vegetables, in particular those that are fresh and organic, are loaded with antioxidants that help fight off excess free radicals and inflammation, both of which can speed up skin aging.

Then on the other hand, there are also foods that, as by proven by scientists, can contribute to the acceleration of the development of wrinkles, unsightly pigmentation and sagginess of the skin. No matter how pricey and effective a topical anti-agin product is, it amounts to nothing if you continually eat age-accelerating foods!

Which foods you should limit or even completely cross out of your life just to maintain the youthful appearance of your skin? The following are some of those that you should definitely steer clear of:

Majority of the foods that can please your sweet tooth can make your skin age like crazy, say experts. It’s for the fact that refined sugar in them is something that can offset the skin-firming benefits of collagen. As a result of stuffing your face with sugary foods, fine lines and wrinkles can strike even if you’re just in your late 20s to early 30s.

If you think that switching to foods that are artificially sweetened is a great idea because refined sugar can speed up the aging of skin, better think again. Scientists say that the liver becomes overworked trying to metabolize chemical sweeteners, and this can have a huge impact on the texture and appearance of your skin. Can’t say no to having your sweet tooth pleased? Then go for natural alternatives to refined sugar like honey and stevia.

Also Read   Avoid Eating These Foods Before Working Out

Everyone knows that anything that’s laden with fat is bad for the heart as well as figure. But did you know that those greasy goodies can also make your skin age faster? Because they clog up the arteries, the supply of nutrients and oxygen (as well as removal of toxins) becomes impeded, and this causes your skin to suffer.

Anything with Trans Fat

Just because what’s in front of you doesn’t look oily doesn’t mean it’s devoid of health- and skin-harming fat. It’s also important for you to be on the lookout for treats that contain trans fat, which is something deemed by medical doctors as the worst kind of fat that you can put in your body. Also known as “partially hydrogenated fat”, trans fat can be found in so many foods, from biscuits to microwave popcorn. The key is for you to carefully read labels.

It’s also a good idea for you to turn your back on food products that are out of or contain refined grains, which are grains whose beneficial parts such as the germ and bran are removed to make them look pretty. So basically speaking, refined grains give you nothing except for carbs which converted by your body into sugar.

Anything that’s processed to improve their taste and more importantly shelf lives can make the process of aging speed up. It’s for the fact that they are loaded with sodium and numerous chemicals that can increase the levels of toxins in your body, which is something that can have an impact on the appearance of your skin. So if a food product that you have in your hand doesn’t appear as it should in nature, then don’t place it in your shopping cart. Alcoholic Drinks

There are a couple of reasons why alcohol is bad for a beauty-conscious woman. First, it causes dehydration, which then makes the skin look dry and wrinkly. Second, alcohol floods the body with toxins. Keep your intake of alcohol to moderate amounts only in order to save your skin from aging too quickly.

If you’re shocked to know that these foods can be bad for your skin, then feel free to share this article on social media!

Fix Any Manicure Mistake With These Tricks

Can You Get Sunburn Even When It’s Cloudy or Cold?

DIY Toners that Your Skin Will Love