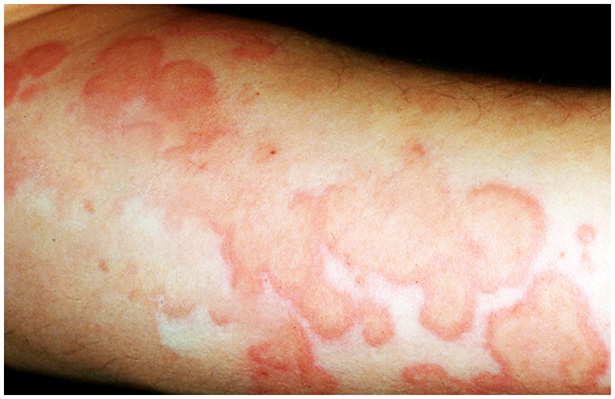 Your immune system safeguards your health by attacking bacteria, viruses and fungi that invade the body. However, in some instances it may also show aggression to perfectly healthy and harmless cells of the body, causing all sorts of problems, many of which can be serious. One result of such is called vasculitis.

Continue reading to know some of the most important maters about it.

Also sometimes referred to as arteritis or angiitis by doctors, vasculitis can actually come in many different forms. Some of them include Buerger’s disease, Behcet’s disease, giant cell arteritis, Takayasu’s arteritis and Kawasaki disease.

Because vasculitis can come in many different types, the symptoms it produces can vary tremendously, although there are a few of them that are shared by most. Then there are also different treatments available. Due to the fact that vasculitis can affect just about any blood vessel in the body, it can lead to an assortment of complications.

Just like what’s mentioned earlier, vasculitis is due to the immune system attacking healthy cells of the body, in particular the blood vessels. However, doctors do not really know what brings about such action by the immune system, although they believe that it can be due to the genes of the individual.

Experts say that it can also be caused by certain triggers. Some of them include some types of cancer, infections and allergic reactions. Problems with the immune system itself can also cause vasculitis to strike.

When the blood vessels become inflamed due to vasculitis, their normal structure becomes altered — the walls may thicken, impeding the normal flow of blood. Sometimes the walls may become weak, causing the affected section to bulge. When that happens, it may rupture and cause blood to spill into the surrounding area, which can be life-threatening.

Vasculitis can produce many different types of symptoms since it can affect various blood vessels — the symptoms depend on which ones are affected, or which form of vasculitis is present. For instance, someone with Behcet’s disease may have acne-like sores on the skin, genital lesions, mouth sores and eye inflammation. On the other hand, a person with Buerger’s disease may have numbness and tingling in the limbs, and also gangrene of the toes and fingers.

However, most cases of vasculitis share a few symptoms. They include fever, tiredness, weakness, numbness, joint and muscle pain, night sweats, loss of appetite and weight loss.

There are various complications that may arise from vasculitis since it’s something that can affect different blood vessels in the body. Further problems may happen due to the fact that vasculitis causes the blood vessels to become inflamed, considerably diminishing the supply of nutrient- and oxygen-containing blood to some of the organs.

Organ damage can result from severe forms of vasculitis, affecting just about anything which is deprived of enough blood supply. When the cells of organs fail to get nutrients and oxygen, they can become damaged.

Blood clots may also form due to vasculitis, which is something that can cause heart attack and stroke to strike. It’s not uncommon for vasculitis to also lead to serious infections like sepsis and pneumonia.

When it comes to treatment, managing inflammation and controlling the symptoms are the ones primarily done. Steroids are drugs that are commonly used for putting inflammation under control, thus preventing complications from happening. Unfortunately, steroids can also cause unwanted side effects like weight gain and osteoporosis.

In cases wherein steroid use fails to provide considerable benefits, then it’s possible for a doctor to prescribe the use of drugs that suppress the action of the immune system, since it is the one responsible for vasculitis.

Sourcediseaseslab.com
Previous article11 Wellness and Beauty Benefits of Muskmelons (#8 Will Leave You Excited for Summer)
Next articleMedicinal Properties for the Skin of Jewelweed

Essential Beauty Products You Can Make At Home

Tips on How to Avoid Split Ends

Hormone Balancing Foods for Your Diet