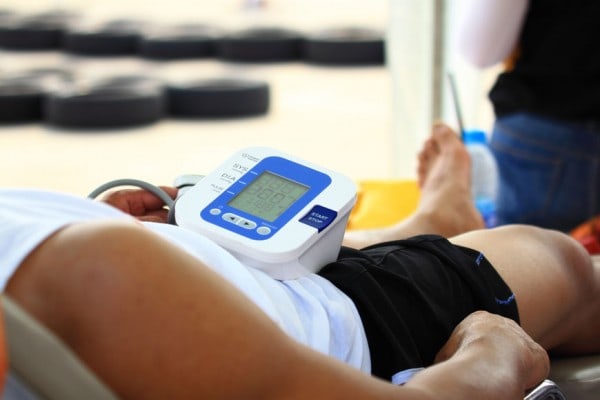 8 Foods to Boost Your Immune System

How to Protect Your Skin from UV Rays (Sunburn)

Unlike women, most men are known to make rather unwise decisions towards their health. They like to drink a lot of alcohol and are smokers till their old ages. Reasons like these are why they have to pay close attention to their health. The human body tends to deteriorate with time. Diseases like prostrate cancer and heart failure are some of the diseases that are common amongst men. These diseases have proven to haunt men in the future. Prevention is naturally better than cure so proper health care is always necessary for men.

Why do women live longer than men?

It is said that women live longer than men. Women are known to have a delay in terms of cardiovascular diseases like stroke and heart attack. Most doctors blame this on hormones and menstruation. Psychologists have their own explanation to the argument that women live longer than men do. They say this happens because men tend to be less expressive with their feelings while women are very sensitive.

Men tend to bottle up their feelings and this is led to higher suicide rates in the male population. Women are also known to watch their diet, most women eat healthy, not to be biased, but they eat a lot of vegetables and stay away from cholesterol. Most men are known to not care about what they ingest, ranging from alcohol to food. Men love red meat, steaks and burgers, all these which are naturally associated to high cholesterol that eventually leads to complications in the heart.

Amongst all other reasons, women are known to handle stress more effectively compared to men.

Sexual health is known to affect the mental health and the overall health of a person. Men are known to have enormous pride when it comes to sexual performance, they would rather hear anything negative about their sexual performance. Most men neglect the idea that a healthy diet could boost their sexual performance, and indeed a healthy diet is one of the many ways a man can improve his sexual life. Keeping healthy also contributes to better performance, regular exercise and keeping active is definitely a plus. Reducing intoxicants such as tobacco or alcohol is also key to living longer and being healthy physically, mental and sexually.

Just like women, men are equally into working out and going to the gym. Every man whether young or old, they all take pride in having a great physique. Working out and being active in sports have always been a daily routine of most men. Being physically fit boosts confidence. Men have to be confident in order to fit in the role as a man. Competitiveness is seen to be very common amongst men, this is highly expressed when you see their passion and loyalty for their favorite sports club.

Contemporary men these days are seen to be in the Gym on the regular basis in order to get that perfect body. And for those who cannot find the time to go the gym, they always find a way to work out. Push-ups and pull-ups are some type of exercises that can be done outside the gym and isn’t as time consuming as the usual laps on the treadmill.

Weight loss in men is different from weight loss in women, men tend to loose weight faster from what studies show. Staying away from white foods, basically meaning staying away from carbs. Carbs are one of the biggest reasons for weight gain. As much as men love their beer, it is one of the main contributors to weight gain. If avoided it can help you lose the unwanted weight. At the end of the day constant rest, regular exercise is the main key to losing weight.

Though the reputation that precedes men is that our sense of style is really bad or sometimes none existent. The general population of men likes to dress pretty simple and comfortable. Nothing too flashy and nothing that attracts a lot of attention. Latest fashion trends have shown that men are actually pretty sophisticated in the field of fashion. The contemporary man is seen to wear more colors and to have more diverse styles in their fashion. For most casual events, sporting jeans and a t-shirt is commonly seen amongst men. For work slacks and a button shirt is the mostly used as well, or a full on suit.

Grooming in men in also part and parcel of their style. Men, regardless of how you look at it, they do prefer not to shave. Not to say that they are dirty but they just like to keep a facial hair. If not due to responsibilities I think a majority of men would not approach a razor. Although, some women may prefer their men cleanly shaved, but most women is said to like men with more facial hair. Just like most other things related to men’s health, fashion and grooming helps with confidence levels, and nobody really needs a reason to look good. It attracts the opposite sex, and that is good enough reason as it is.

Also Read   What You Should Know About Alkaline Water Benefits

Most men are pretty straightforward. Besides the unusual few you encounter from time to time. Men’s health can be associated to their mental health. This happens because most you physical body normally portrays how your mind works.

For a man to be a 100% he has to be full functional both physically and mentally. Most men are known not to handle stress in the best of ways, and this normally deteriorates their overall health. Men stress over things more than women tend to do. This is reflected in the way in their cardiovascular health. Men are known to have heart complications at an early age between 50’s to 60’s while women generally get heart illnesses between 60’s to 70’s.

Being healthy is a general thing. It takes more than just nutrition- from mental health, sexual and physical health. Everything a man does plays an important role in his overall wellbeing.

Reasons to Give Lapsang Souchong Tea a Try

Activities That Can Help Curb Your Appetite

Here are Ways to Reduce your Risk of Developing Breast Cancer