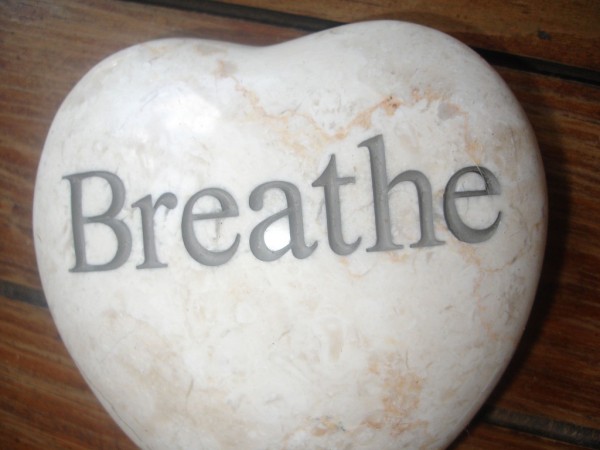 Having knowledge of proper breathing and respiration for singing is crucial to sustain the tonal quality of your voice. You can very well sing your heart out using improper breathing techniques. But be prepared to be humiliated and criticized after your performance. You will eventually feel exhausted with your singing technique or worse you might be straining parts of your body which shouldn’t have been worn out in the first place.

Here are some helpful tricks so you can develop the proper breathing technique fast. If you’re in a hurry to learn how to sing here are some of the most efficient ways of breathing management:

Amateurs have the tendency to breathe as much as they can before they start singing. They use both their nose and mouth to force in as much air as they can into their bodies.

A word of advice-RELAX! You are not going underwater swimming or singing for that matter. This is singing! Effective breathing is crucial so you can sustain longer notes when necessary. One of the most crucial parts of breathing management is the amount and manner by which air is inhaled into the lungs.

Most voice teachers will agree to the fact that quick deep inhalations will enable you to develop great sustain when you’re singing. Quick is not synonymous to forceful. It’s important to breathe through the nose so there is a steady flow of air going into the lungs rather than gasping for air through the mouth. Implementing the latter will trap the inhaled air within your voice box and articulators. There’s not much air that will go into the lungs. This in turn forces an individual to do shoulder or clavicular breathing. This is an early sign of exhaustive breathing. This might be effective for a time, but doing so will affect the tone and quality of your voice.

You will produce more air than sound when you practice exhaustive or ineffective breathing techniques. This is what professional singers avoid when performing. Not only is the voice quality greatly compromised, the sound which you produce will be at a minimum to none.

Good inhalation technique is to do quick and deep inhales. You don’t have to be obvious taking in deep breaths. This is very important, especially when you’re performing. Your audience doesn’t have to hear you gasping for air in between lines.

Observe the pattern by which your thoracic cavity expands and how your abdomen seems to be pulled downward. This is the normal breathing pattern and movement, but when you force air in, your external intercostals muscles will work together with the diaphragm to take in as much air as they can. You don’t have to do vigorous inhalation. You are singing and not going into respiratory failure. Sure, you need to exert effort during inhalation to enhance prolongation, but this doesn’t mean that you have to “tank up” air, which is completely unnecessary when it comes to singing.

Breathe in quick and heavy inhales and practice this as much as you can. The secret is your ability to sustain the amount of inhaled air within your lungs and larynx. Forceful breathing will never aid you since you’ve already worn out your accessory muscles during inhalation. These muscles will be unable to help you in sustaining air inside while you’re singing.

You must know how to control your exhalation process. This is the key so the next time you inhale, you don’t have to force breathe and be panicky about getting in as much air as you can. Your thoracic cavity contracts and your abdominal muscles expand when you’re exhaling.

When you master slow and controlled passage of air through your voice box, this will directly affect the phonation and resonance of your singing voice. Your tonal quality and amplification will be beyond satisfactory if you learn how to control slow exhalation.

Appoggio in Italian means, “to support.” This is something that you need to practice on if you want to retain as much air while you’re singing. Remember that you’re not inhaling when you’re singing. Training your diaphragm to ascend slowly will help you a lot if you need to sing long lines. This is true among Opera singers who need to sing long lines at one time. They don’t use silent breathing when they’re singing. Instead these singers have trained their diaphragm to rise up in a slow manner to preserve as much air in the lungs and enable them to pass air through the vocal cords in a very controlled and slow manner.

This is not an alternative breathing technique, but an extension of how you can pace your breathing properly while singing.

This can also be seen when athletes run long distances. They don’t sing while they run, but they do have their own proper breathing management so they don’t run out of air quickly.

Also Read   Healthy Foods That Can Be Dangerous in Excess

Proper pacing of your respiration is the key for most singers on how they can execute their songs without choking or slipping out of tune. It’s all about how individuals properly utilize and manage the fuel of their voice, which in turn enables them to sing in perfect harmony at all times.

Proper breathing technique is all about mastering quick and heavy inspirations, controlled and slow expirations, and the ability of the respiratory muscles and accessory organs to sustain as much air while singing. Utilizing proper breathing mechanism will enable you to fully utilize the air that you breathe and turn it into something musical, harmonious, and sweet.

How to Effectively Get Rid of Cellulite Fast