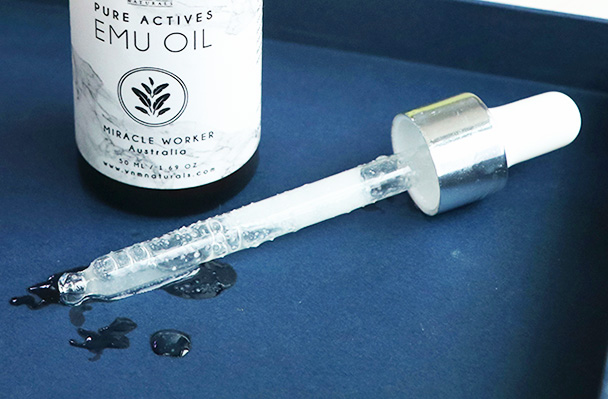 How to Hydrate Yourself Using Ayurveda

Ice Cold Shower – Does It Have Benefit?

A lot of natural oils can be used for a wide variety of beauty purposes. There is one that is not as popular as coconut oil, almond oil and olive oil, but also deserves the spotlight. It’s called emu oil.

Yes, emu oil is obtained from an emu, which is a large flightless bird similar to an ostrich and is native to Australia. It comes from the fatty back part of the said bird.

What makes emu oil an excellent all-natural beautifier is the fact that it is loaded with various types of healthy fat, and they are omega-3, omega-6 and omega-9 fatty acids.

Scientists say that emu oil is also a rich source of vitamins A and E. Both of these nutrients offer a number of skin perks, and that is why they are commonly found in some of the best cosmetic products.

And by the way, emu oil also boasts of antioxidant and anti-inflammatory properties. It’s exactly for this reason why it is not only employed for beauty purposes, but a variety of health uses, too!

No matter the form that it comes in, you can rest assured that emu oil is something so effective against a wide variety of beauty issues that a lot of women commonly face. Some of them include:

Unlike most of today’s skin moisturizers, emu oil is actually absorbed and not simply sits on the surface of the skin. This only means that it is very much capable of deeply hydrating the skin.

Thanks to its superb hydrating properties, emu oil can prove to be highly beneficial for individuals who are suffering from skin conditions such as eczema and psoriasis, both of which require constant hydration for relief.

Did you know that a lot of doctors actually use emu oil on minor burns to relieve pain and inflammation, and also prevent an infection? You may apply a little of emu oil on sunburned areas of your body for immediate relief.

A lot of women swear by the effectiveness of emu oil in improving the appearance of stretch marks. Morning and night, simply massage emu oil on your stretch marks in order to considerably reduce their visibility.

Because of its antimicrobial and anti-inflammatory properties, emu oil can be used as a treatment for pimples and acne. Keep on applying it even after your pimples and acne have healed to enjoy the oil’s following beauty benefit.

Regular application of emu oil on scars can help improve their appearance. This oil from a gigantic flightless bird is good for all sorts of scars, from something caused by a zit to something due to a surgery.

You may regularly massage a little emu oil on your towel-dried hair to keep it soft, shiny and healthy. Emu oil is also great for stimulating hair growth and increasing volume, and keeping scalp dryness at bay, too.

Sourcebeautymnl.com
Previous articleHow to Make a Body Spray That Can Combat Anxiety
Next articleHow to Achieve Glass Skin That’s Taking the World by Storm

10 Best Drinks You Should Try For Detoxing