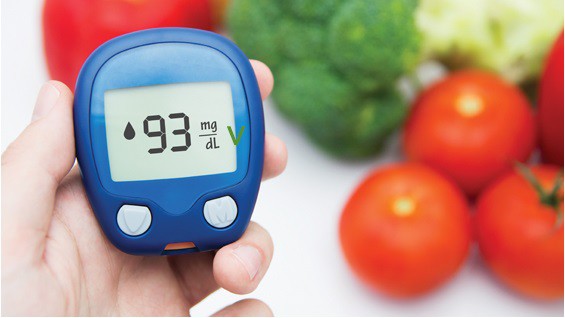 Top Five Things to Look Out for In a Personal Trainer

Diabetes, also medically known as diabetes mellitus, is a set of metabolic dysfunctions that involve increased blood glucose levels for a long period of time. It is characterized by increased thirst, frequent urination, and increased hunger. Unmanaged, diabetes may lead to various complications, such as diabetic ketoacidosis, heart disease and stroke, foot ulcers, eye damage, and chronic kidney failure.

The causes of diabetes mellitus vary, depending on the type of the condition. According to National Institute of Diabetes and Digestive and Kidney Diseases, type 1 diabetes is caused by weakened immune system; which leads to the attack and destruction of the pancreatic cells that produce insulin. Also, researchers claim that this type of diabetes is due to both genetic and environmental factors like viruses, which may stimulate the onset of the disease. On the other hand, type 2 diabetes, as per the publication, is caused by both hereditary and lifestyle factors. The latter factors include sedentary lifestyle, overweight and obesity, and insulin resistance, a condition that involves the cells’ failure to respond properly to insulin.

According to the American Diabetes Association, diabetes mellitus stands as the seventh lead cause of mortality in the United States in 2010. As per the publication, 69,071 death listings showed that it is an underlying cause of death while a sum of 234,051 death listings showed that the metabolic disease is an underlying or contributing root of mortality. It is added that in 2012, 86 million Americans aged 20 years and older had prediabetes, growing from 79 million in 2010. In terms of ethnicity, the association found that 15.9 percent of American Indians/Alaskan Natives, 13.2 percent of non-Hispanic blacks, 12.8 percent of Hispanics, 9 percent of Asian Americans, and 7.6 percent of non-Hispanic whites..
Signs and Symptoms

According to Mayo Clinic, type 1 diabetes mellitus cannot be prevented. But then, things can be done for type 2 diabetes. As per the publication, the person should eat healthy foods. This means foods that are low in fat and calories, but are high in fiber. Examples are vegetables, fruits, and whole grains, as they are the least contributors to diabetes mellitus.

Physical activity is another way to prevent diabetes. High blood sugar and being overweight are associated factors to the disease. Exercise enables the body to utilize glucose; thus, less glucose will be left in the bloodstream. In this regard, physical activity also connects to losing excess pounds. As per the publication, weight loss leads to the reduction of diabetes risk.

Along with the aforementioned preventive ways for diabetes, motivation is a vital factor in preventing diabetes mellitus. According to Mayo Clinic, the person motivates himself by recalling the positive impact of losing weight, which include more energy, a healthier heart, and enhanced self-esteem. In line with diagnosing a person with the disorder, his blood sugar should be checked at lest once a year.

Diabetes mellitus is caused by various factors, both hereditary and lifestyle. While medical management and home remedies can be done to counter the disease, it is best to prevent it from happening to prevent complications in the future.

Sourcecopemanhealthcare.com
Previous article
Get Clear Skin with This Routine
Next article
Foods You Shouldn’t Add to Your Smoothie

How to Do Scalp Detox

Head Cold: What It is and How to Deal With It at Home

What You Need to Know About Moringa Supplements

Essential Vitamins for Your Skin Health

Start Your Day With Poha and Enjoy These Benefits

Tips on How to Avoid Loose Skin after Losing Weight

Vaseline Uses You Did Not Know