The Common Types of Sleeping Disorders 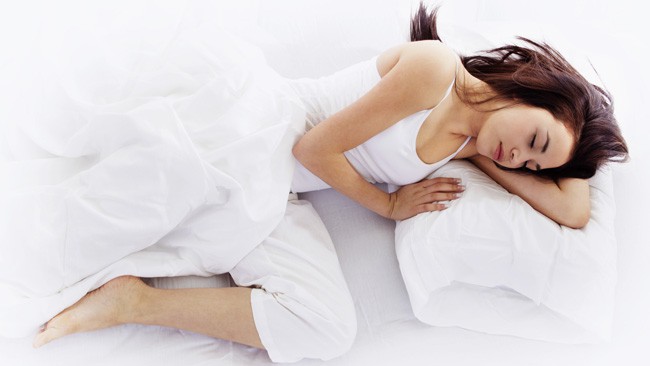 Recovering From Heartache the Healthy Way

3 Oils That You Can Use to Moisturize Your Face

MegWright
It has long been established that sleep plays a crucial role in ensuring good health and well being. A person suffering from lack of sleep or too much sleep is suspected to have sleep disorder problems. According to sleep medicine specialists, a person should have at least 4 to 8 hours of sleep at night time in
order to function properly during the day. However, not everyone meets this criterion as they often fail to achieve deep sleep, while
some oversleep.
Sleep disorder is defined as a condition that prevents a person from performing normal routines and activities due to lack of sleep. It can also affect the behavior and emotions of an individual suffering from a sleep disorder. A visit to the doctor and taking a polysomnography test usually confirms the presence of sleep disorder.
Sleeping is a human activity that needs to be carried out on daily basis. No matter how hectic and busy your schedule is, you need to relax the mind and body from the daily stresses of life. Optimal functioning is made possible by combining good nutrition and adequate relaxation and sleeping time. Without a restful sleep, good health and well being is impossible to achieve.
Main categories of sleeping disorder
Also Read   Best DIY Hair Protection Recipes for the Summer

A person has insomnia if he or she:

1. Has a hard time trying to fall asleep during the recommended
sleeping hours.
2. Has difficulties with going back to sleep
3. Has an overall feeling of unsatisfactory sleep as manifested by an unpleasant mood during the day.
4. Has a hard time falling asleep especially without the aid of
sleeping pills and sedatives.
5. Low productivity during the day.
Narcolepsy- is commonly caused by neurological disturbances. A
narcoleptic individual loses his or her ability to control and regulate both sleep and wakefulness. People suffering from narcolepsy experience sudden sleepiness throughout the day. This is considered to be a dangerous sleeping disorder as narcolepsy attacks without warning.
Sleep Disorder Breathing- airway resistance and obstruction are the common causes of one’s inability to sleep at night. This type of sleeping disorder is manifested by snoring and difficulty of breathing symptoms like gasping, choking, and long breathing pauses. These sleep breathing disorders are known to be detrimental to health and well being if left untreated.
Hypersmonia or excessive sleep is considered as a sleep disorder since it does ruin the sleeping pattern of an individual. In addition too much sleep is also bad as this result in decreased productivity, headache, and poor muscle tone.
There are products that are commercially available to people with mild to moderate sleep issues. One of the most effective sleep assistive devices in the market is Blue Sea Snore Stopper. It’s an ultra-light weight silicone material installed inside the nostrils. Its revolutionary design is effective in enhancing the airflow, thus inducing a sound sleep at night. It brings about positive health
effects such as lower BP count, increased cardiovascular and respiratory function, and most importantly, it promotes a deep, restful sleep for individuals who are having a hard time sleeping at night.
Previous articleMilk Thistle Extract and Its Many Health Benefits
Next articleChronic Fatigue Syndrome-What Is It?

Reasons Why You Should Exercise Before Breakfast