10 Inflammation Fighting Foods You Should Add to Your Diet 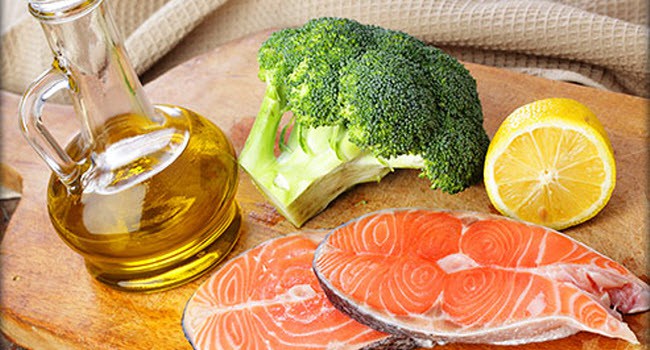 Clever Ways to Use Lip Balm

Inflammation is part of your body ’s immune response and part of its healing process. However, when it’s out of control and became chronic it can damage the body. It also plays a big role in heart disease, obesity, cancer and the aging process .

Good Nutrition and a healthy diet are ways to protect the cells from inflammation. Below are 10 foods that you should include in your diet to prevent and fight inflammation:

Walnuts contain alpha-linolenic acid (ALA) which is converted to omega-3 fatty acids, EPA and DHA in the body. DHA is known to reduce inflammation and protect the cells in at- risk-patients.

Studies show that oleocanthal, a compund found in olive oil which gives it taste was proven to have similar effect as NSAID painkillers in our body. So make it a habit to include this oil in your diet.

Include tuna, sardines, salmon and mackerel in your diet because they are rich in omega-3 fatty acids which is known to help reduce inflammation. Make sure to eat fish several times a week and to cook them in healthy ways by baking or boiling.

Berries are considered to be a great anti-inflammatory fruit because of its anthocyanins content, a powerful chemical responsible for their rich color. So make sure to include this into your diet as weill.

Contains anti-inflammatory phytonutrients that help protect parts of the digestive tract such as the gums, mouth, colon, stomach and the cardiovascular system. You can add fresh cranberries in your desserts, salad dressings and smoothies.

Red tomatoes are rich in lycopene which has been known to help reduce inflammation throughout the body including the lungs. You can eat them raw or include them in your meals such as tomato sauce.

Cruciferous and dark green vegetables have higher concentrations of vitamins and minerals such as calcium, iron and other disease-fighting phyto-chemicals compared to those veggies with lighter-colored leaves. Also dark green vegetables are rich in Vitamin E which are known to protect the body from pro-inflammatory molecules called cytokine.

The best source of this vitamin are kale, broccoli, spinach, collard and dark green vegetables.

You can add some ginger to soups, salad dressings, juices and smoothies.

Onions contain anti-inflammatory chemicals, such as the compound allicin and the phytonutrient quercetin which breaks down to produce free radical-fighting sulfenic acid.

Garlic has been shown to work similarly to NSAID pain medications such as ibuprofen. They shut off the pathways that induces inflammation.

5 Things You Should Know to Reduce Forehead Lines or Wrinkles

Herbs that are Beneficial for Menopausal Women

How to Detox Your Body If You Consumed Too Much Sugar

Tips on How to Solve Dry Skin

Reasons Why Your Wrist is Hurting

Scalp Micropigmentation –Is It the Right Hair Loss Solution For You?