The Effects of Drinking Soda to Your Health 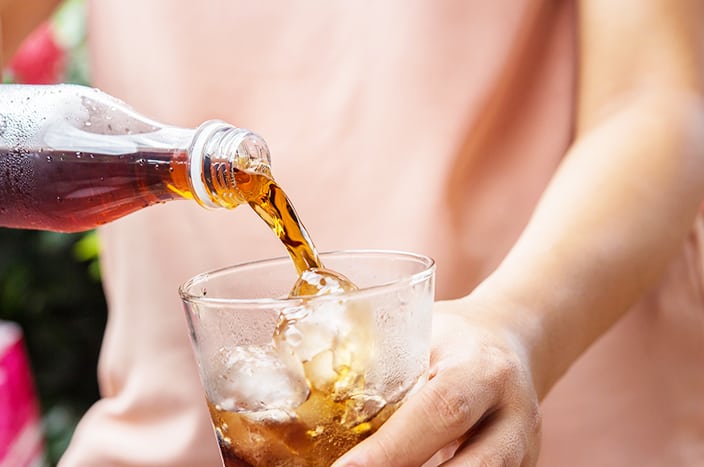 There have been numerous warnings on too much soda consumption already, but it’s a bit difficult to wean ourselves from this beverage. Not only is it easily accessible in the mess hall in your office, but it is sometimes cheaper compared to water. The problem, however, is that the more you drink soda, the higher your risk of health problems from diabetes to obesity and everything in between. This is because of the high sugar content of soda. But there other damaging effects that you should know of. Here are a few that you should know of.

Caffeine is a type of diuretic which makes you urinate frequently. This is usually found in soda too. The problem with this drink being a diuretic is that it causes your body’s cells to go on a dehydrated mode, meaning that they cannot absorb nutrients efficiently. What’s more, it’s hard for the body to flush the waste material in our body too.

Another problem with drinking soda regularly is that you are consuming a lot of empty calories. Empty calories are basically calories that do not have any nutritional value to your body. If you consumed a 20 ounce bottle of soda, it is equivalent to 17 teaspoons of sugar as well as 240 calories which will take some time for you to get rid of.

Also Read   Problems with Sleep and How to Solve Them

Soda contains sodium benzoate which acts as a preservative in foods. The problem, however, is that it adds sodium to your diet which inhibits the presence of potassium. Unfortunately, this can trigger side effects such as asthma, eczema, and rashes just to name a few.

Puts children at risk of obesity

Another reason why you should avoid serving soda to your kids is that you are putting them at high risk of obesity. Each sugary drink or soda that your child drinks per day can increase their risk of obesity up to 60%. What’s more, exposing your children to sugary drinks can pose as a health threat too.

If you take a closer look at sodas, you will find that they have phosphoric acid which is actually causing calcium to be removed from the bones. Those who drank 3 or more sweetened beverages have been found to have lower bone density at the hips, especially in women. This can be dangerous to you in the long run.

May come with benzene

The combination of potassium benzoate as well as ascorbic acid in sodas can actually create benzene which is a type of a carcinogen. Based on the FDA, when the benzoate is placed in light as well as heat, along with vitamin C, it can then be transformed into benzene. The American Cancer Society has classified benzene as a carcinogen.

Can have flame retardant

These are just a few examples on how soda can harm your health when consumed on a regular basis. It’s never too late to start thinking about your health.

How to Keep Your Legs Free of Razor Bumps