Summer Cleansing Drinks that You Need to Try 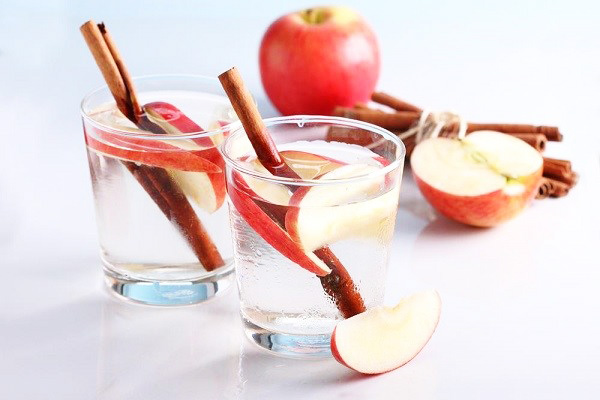 Makeup Hacks that Women Should Know

This water is not only delicious to the taste but also useful when it comes to slimming. This is due to the fact that cinnamon is a known metabolism booster hence it is often used in many slimming drinks. For this recipe, you will need a large pitcher of water and add apple slices and cinnamon sticks or cinnamon powder. Leave the ingredients in the water for an hour before serving. You can actually refill the pitcher up to four times without changing the ingredients.

Another popular cleansing drink that you should consider making is the kiwi and lime combination. Both are refreshing, hydrating, and can actually help cleanse your body considerably. Throw in some rosemary and you will feel more energized as it can combat dehydration. For this recipe, you will need a tall glass then add 3 ice cubes, 1 kiwi fruit, thinly sliced, a sprig of rosemary, and 1 lime thinly sliced. Fill the glass with water then pop in the fridge for an hour before drinking.

Ginger is well-known for its role as a natural pain killer which is why it is a good addition to your cleansing drink. In this recipe, you will need a liter of water, grated ginger, a sliced lemon, and freshly squeezed lemon juice. Combine all these in your pitcher of water and drink first thing in the morning. Aside from getting rid of the pain that you may be feeling, it can also help cleanse your body from any toxins.

You should also try adding grapefruit to your cleansing drink because it has the ability to flush your digestive system from any impurities. This drink is actually quite nice to smell because of the apple and rosemary. Prepare a glass, 3 ice cubes, 2 slices of grapefruit, a sprig of rosemary, and 1 slice of apple. Put all the ingredients in the glass before adding water. Refrigerate for an hour then drink.

If you want to burn some calories, this drink will be good for you. You will need 2 spoons of cider vinegar, sliced apple, and a spoon of fresh lemon juice. You can use sweeteners too if you like. You can blend them first without the apples then add the apple afterwards. This will help you burn some serious calories when you drink it regularly.

Sourcelovingfruits.com
Previous articleHealth Benefits of Muscovado Sugar
Next articleFoods to Dodge If You Have Iron-Deficiency Anemia

The 12 Natural Remedies for Kidney Stones

Choosing the Right Eyeglass Shape for Your Face